One of the highlights of Drouot's Asian week, this box, by attaining €2,060,800, becomes the specialty and the season’s most expensive item at the auction house. 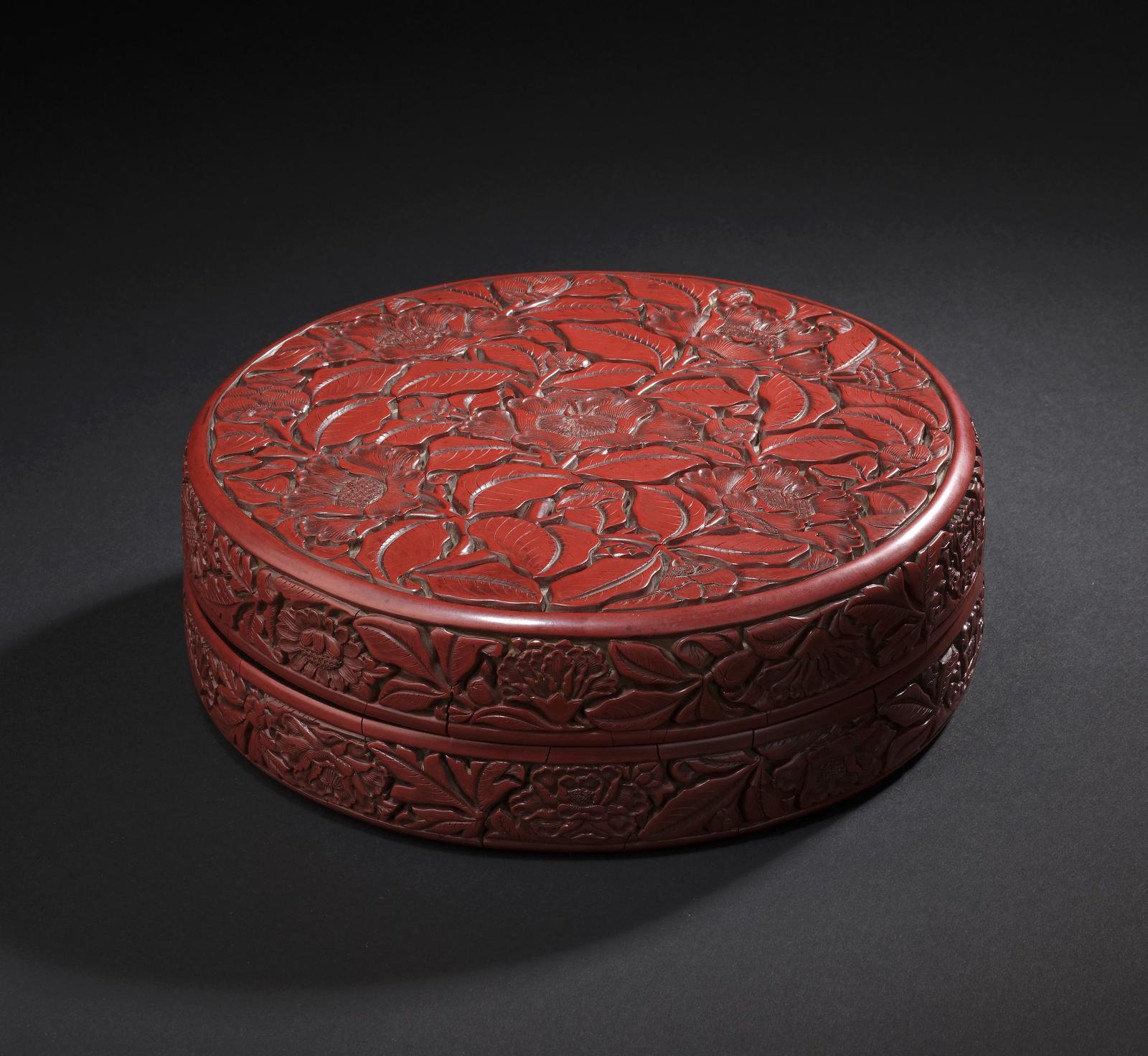 China, early 15th century, round red lacquer box carved with five camellia flowers and buds in foliage on a yellow background, tiara flowers, chrysanthemums, peonies and camellias, on the reverse side the Yongle needle mark with six kaishu characters, the inner side of the lid decorated with a Qianlong poem added later, h. 7.5, diam. 23.2 cm.
Result: €2,060,800

During the sessions devoted to Asia, the only real unknown is the object that will fetch the highest bid and create the most surprise. This time, it was a red lacquer box ornately carved with chrysanthemums, camellias, peonies and tiara flowers, a perfectly round piece that underscores the quality of craftsmanship under Yongle (1403-1424). The Ming dynasty’s third emperor, whose name means "Eternal Joy", was noteworthy on several counts. With a strong sense of balance, he restored religious tolerance and economic prosperity, undermined by civil war, as well as peace with Mongolian tribes and other nomadic peoples in the North. As so many benefits can only lead to the flourishing of culture, he also commissioned a compilation of many ancient texts on astronomy, theatre, geography, humanity and the arts. Sensitive to lacquer work, under his reign it reached unprecedented heights. The lacquers carved with characters in a landscape or floral motifs based on very realistic designs border on perfection. Some pieces, such as this one, bear the Yongle mark finely engraved with a needle. It is even said that in the following period, artists, unable to match the quality of their predecessors’ craftsmanship and fearing punishment, bought boxes bearing the mark from palace eunuchs and disguised them with the emperor's golden one. The poem by Qianlong (1735-1766) engraved later on the inside of the lid is another asset. Last but not least, this piece comes from the collection of a Navy colonel stationed in Canton in September 1861. He shipped six cases of Chinese and Indochinese objects back home, telling his family, "I advise not leaving them too exposed because several of them cost me a lot of money. The Peking lacquer objects that you call red wood are rare and esteemed even in China, where they are very expensive."