Napoleon I Broke a World Record 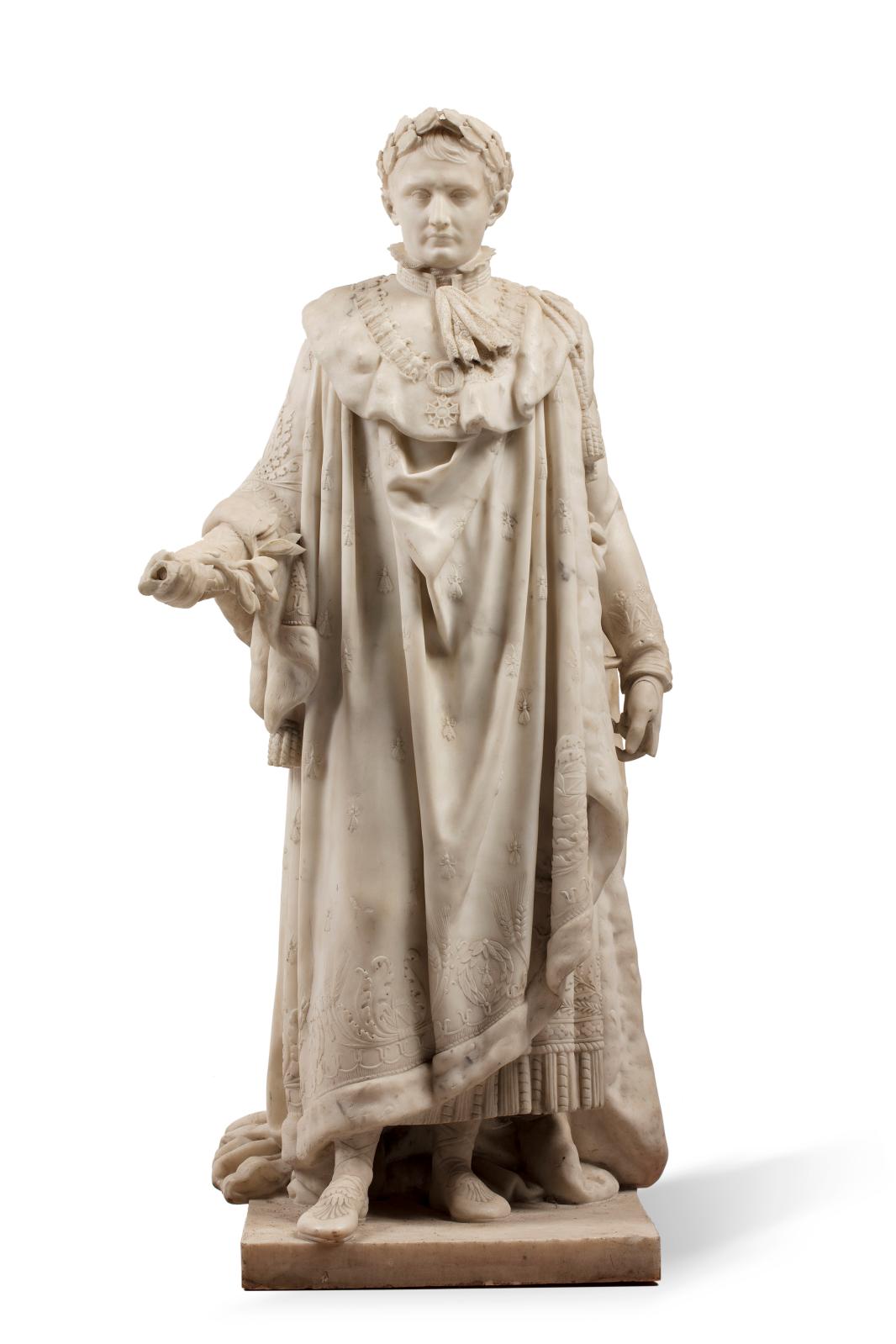 This marble statue after Pierre Cartellier (1757-1831) of Napoleon I in coronation garb broke the world record at €66,300. Cartellier’s works seldom appear on the market. Artnet lists just six that are by or after him, including an identical sculpture that fetched $15,000 at Christie’s New York on 10 October 2016. Cartellier was a turn-of-the-19th-century French sculptor, a professor at the Paris School of Fine Arts from 1816 – François Rude was one of his students – and a goldsmith, who officially belonged to the neoclassical school. Quatremère de Quincy (1755-1849) wrote a notice essential for understanding his life and work. He was showered with commissions under the Empire, including the statue of Louis Bonaparte, King of Holland, as a grand connétable in 1810 commemorating the capitulation of Ulm; a low-relief for the Carrousel Arch of Triumph; and a larger-than-life marble Napoleon I in 1813 at the Museum of the Palaces of Versailles and Trianon. The Restoration did not hold that against him: in 1815, Louis XVIII asked Cartellier to make an equestrian sculpture of Louis XIV to celebrate the Bourbons’ return to the throne of France.

COLLECTIONS & SUCCESSIONS
Mobilier & Objets d'Art
Millon , Mathias - Bournazel
Info and sales conditions
Catalogue
Salerooms
Newsfeed
See all news
Rubell Museum to Expand with Second Collection in Washington D.C.
Ancient Ceremonial Artifacts Found at Egypt’s Temple of the Pharaohs
The Villa Albertine Opens in New York
Colnaghi Gallery Prolongs Exhibition Exploring Connections between Spanish Art and the New World
Not to be missed
Lots sold
From the Living Room to the Bedroom: Cannes-Style El…
The sale of the entire stock of furniture from a château in the…
Lots sold
The Art of Fin-de-Siècle Jewelry
In Lyon, two imposing necklaces conjured up the balls and evening…
Lots sold
Impressive Dutch Style Marquetry and an 18th-Century…
In Lorraine, the contents of a very fine residence set off to new…
Lots sold
Valtat: The Virtuoso of Color
The painter, famous for his vivid landscapes, was celebrated through…