Sculpture in the Age of Cathedrals

Treasures from the Pierre and Claude Vérité collection were sold in Alençon, including a majestic Romanesque Virgin by the Auvergne school. 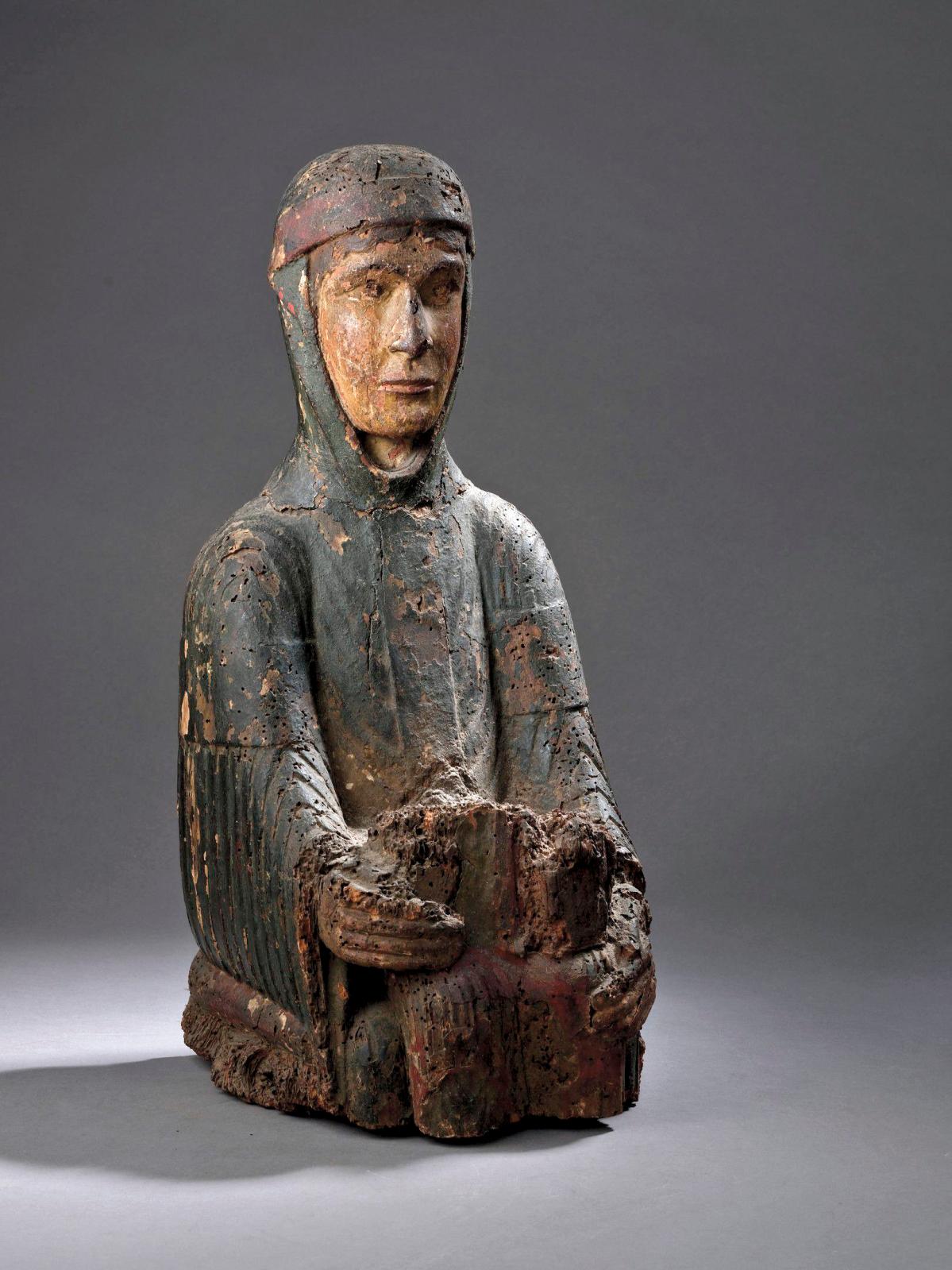 This medieval sculpture of the Madonna holding the infant Jesus on her lap is known as a Sedes Sapientiae ("Throne of Wisdom": one of the many names for Mary in the Litanies). In this incomplete sculpture in polychrome wood, she wears the paenula cucculata, the cowled mantle of the early Liturgy, with concentric folds over the breast and bands across the upper arms. All these details indicate that she was made in the Auvergne by one of the workshops specializing in "Virgins with arm bands", in the last quarter of the 12th century. Her age and grace were well-rewarded, as the effigy garnered €76,800 after a high estimate of €15,000… Meanwhile, a Virgin of the Grapes (106 x 37 cm/ 41.73 x 14.5 in), made in the Rhenish-Mosan workshops in the second quarter of the 14th century, fetched €43,520.