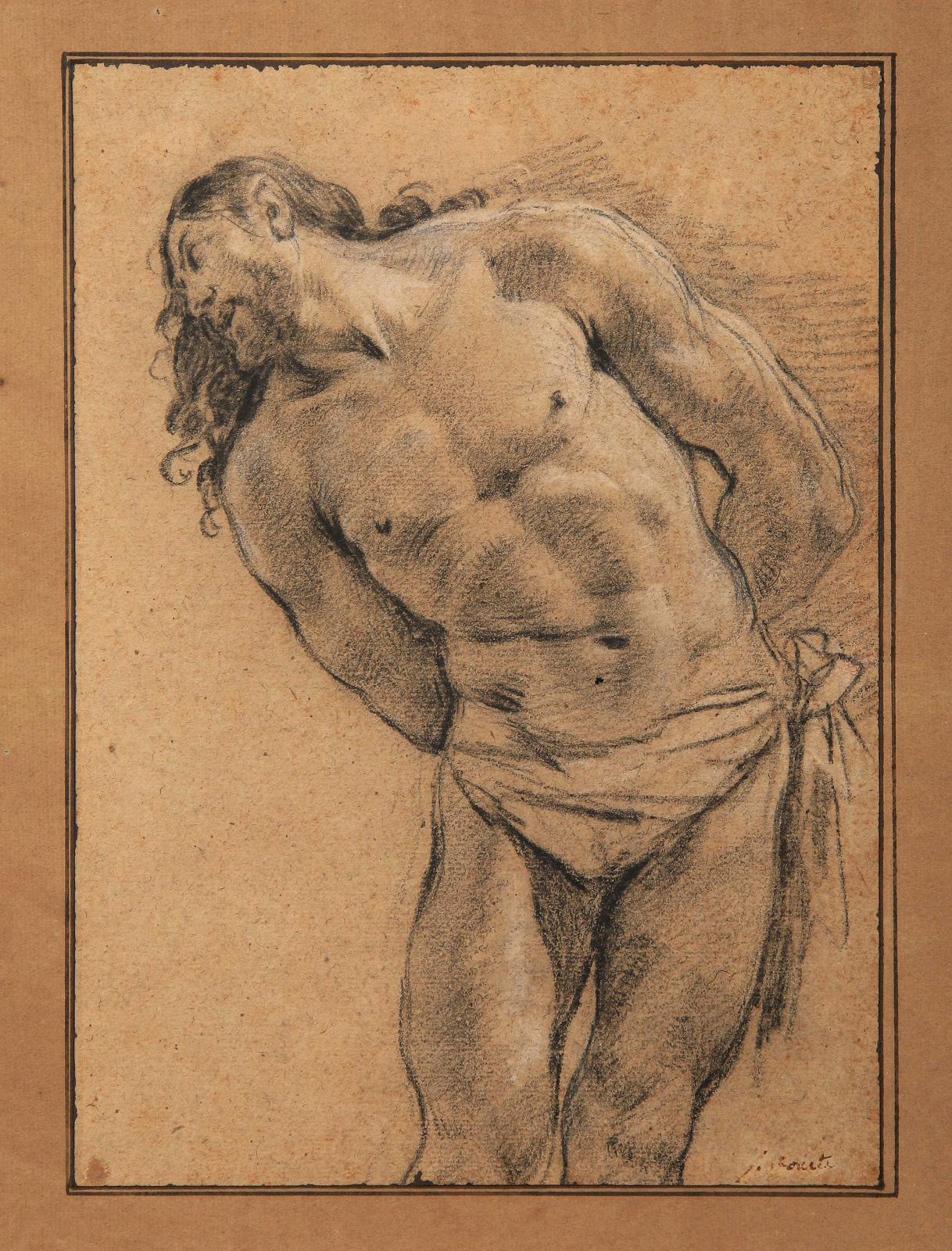 There was never any doubt that these two beautiful works on paper from the fabulous collection of the Marquis de Lagoy (1764-1829) would be a success. The only unknown was their final result. On the one hand, there was the Baroque and Flemish ardor of Peter Paul Rubens (1577-1640); on the other, the great French classicism of Simon Vouet (1590-1649).

Rubens’ Christ à la colonne (Christ at the Column) won the higher bid, €340,200, compared to €302,400 for the latter. Vouet’s black chalk drawing reveals a complex artist still influenced by his Roman years and Caravaggism and gifted with a highly expressive pencil technique. Rubens’ project for a vignette for Francis Aguillon’s Opticorum libri sex concentrates all of his virtuosity in a few square centimeters.

Attributed to the studio of Eustache Le Sueur (1616-1655), the third drawing from the same provenance depicts La Flagellation de saint Gervais et La décollation de saint Protais (The Flagellation of Saint Gervasius and the Beheading of Saint Protasius, 62 x 86 cm, 24.41 x 33.86 in.). Drawn with a pen and black ink combined with a gray and bistre wash, it sold for €18,900. In the objets d'art category, a chased bronze and gilt clock from the Louis XVI period fetched €97,020. The fact that the Cupid on top was added on later obviously did not matter.