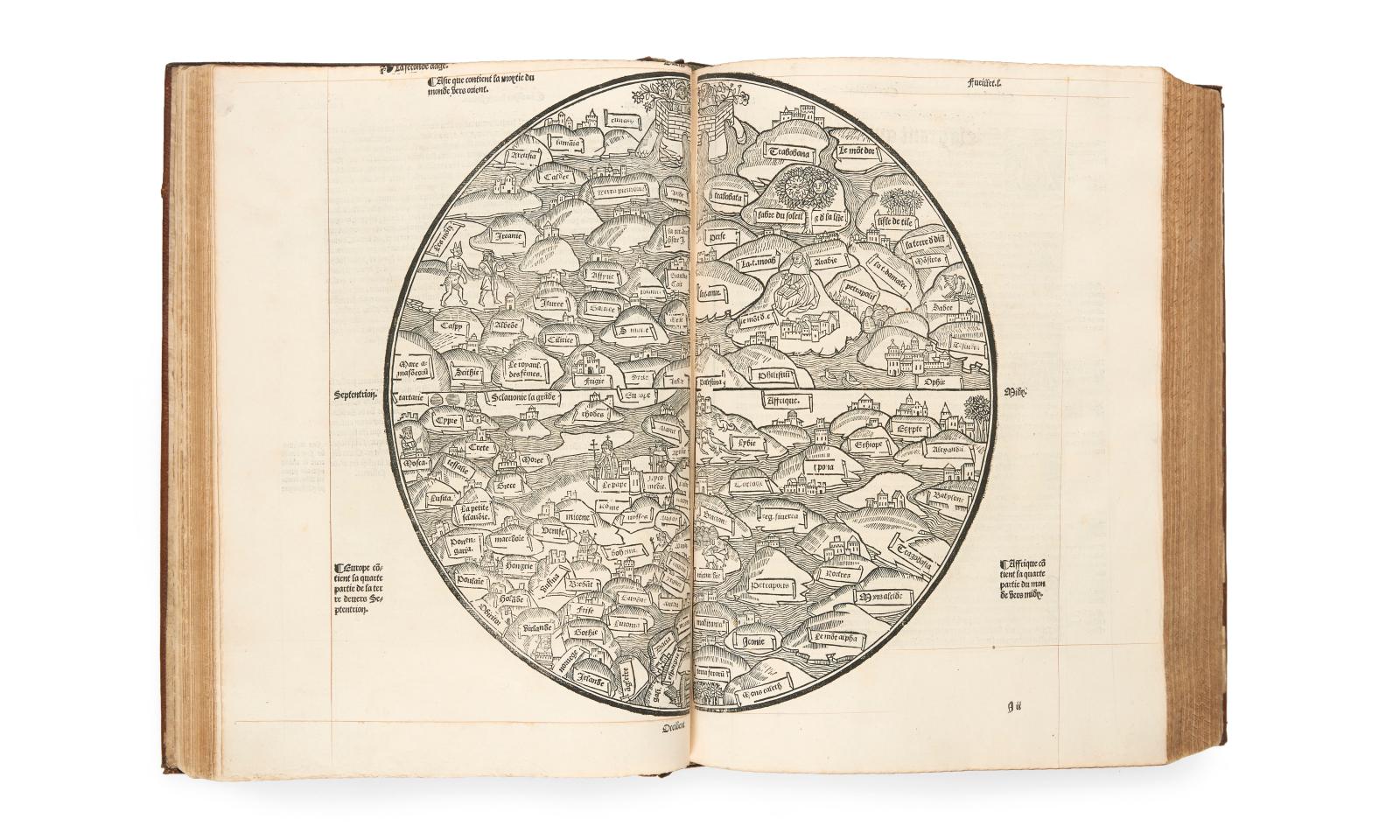 Garnering a total of €1,345,949, the dispersion of this collection of precious books and manuscripts, ranging from precisely 1478 to 1977 – three rich and varied centuries –, fulfilled all the expectations of the devoted bibliophile selling them, who had told us of his considerable concern given the current loss of interest in books. So he should feel reassured… At €220,776, the top bid went to an extremely rare book: an in-folio volume retracing legendary and historical events since the creation of the world: "La Mer des histoires", published in Paris by Nicolas Couteau for Galliot du Pré in 1536 (see picture). This chronicle, which has a second volume on the history of France up to the reign of Francis I, is described by specialists as one of the most famous illustrated books of the Renaissance, with no fewer than 159 woodcuts. It was presented in a "sawn-in" morocco binding produced in around 1555-1560 in the Paris workshop of the King's Binder, probably Claude Picques (c. 1510-1574/1578). Shortly afterwards, a copy of "Il Decamerone" with the arms of Francis I (and of Boccaccio!) obtained a handsome €141,718. The sale also triggered the interest of several French institutions: 13 lots were pre-empted, including the "Ausgewählte Dichtungen" by William Blake, with a remarkable toadskin binding by Josef Hoffmann, which joined the collections of the Bibliothèque Nationale de France for €45,115.