Dalí's Version of the Assumption

When the wildest of all Catalan artists reinterprets a Christian episode, it's a blast! 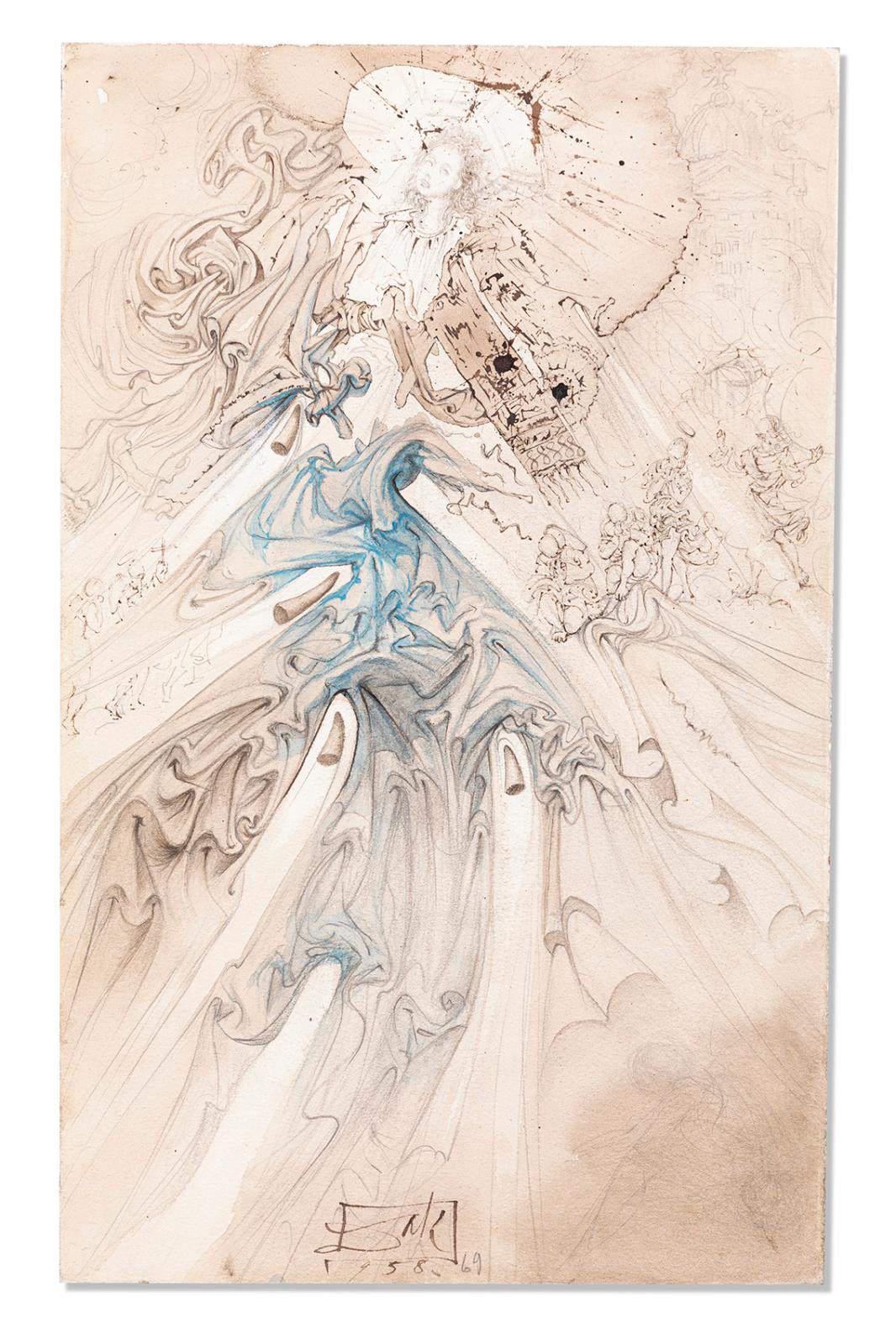 The Jacques and Claude Rohault de Fleury collection, housed in a private mansion in Neuilly, included a library of 20th century illustrated works—€2,210 went to Les Chansons de Bilitis (The Songs of Bilitis), by Pierre Louys, enriched by Raphaël Collin—as well as a group of drawings by modern artists. Among these, a watercolor and gouache by Salvador Dalí (1904-1989) was clearly expected to fetch top price. And the drawing, Assumption with Rhinoceros Horns, an expression of all the Catalan artist's crazy, creative genius, lived up to its promise at €50,700.

The presence of the African mammal is not surprising: it was a favorite animal of the Surrealists, and a woolly rhino skeleton was included in the Surrealist exhibition of objects staged at the Charles Ratton Gallery in 1936. The Italian Stanislao Lepri (1905-1980) even said, "I am a rhinoceros!" The two artists obviously knew each other, as Lepri was the companion of Dalí's friend Leonor Fini. Why this fascination? The symbolism of power is clear, but Dalí also found mystical and aphrodisiac qualities in the horn (an aspect that would not go down too well today), which he found intriguing, and cited in every imaginable way. Here, as a proclaimed iconoclast, he boldly associated it with one of Christianity's most sacred themes: the Assumption of the Virgin, doing so with an inimitable talent acclaimed by its crowning bid.