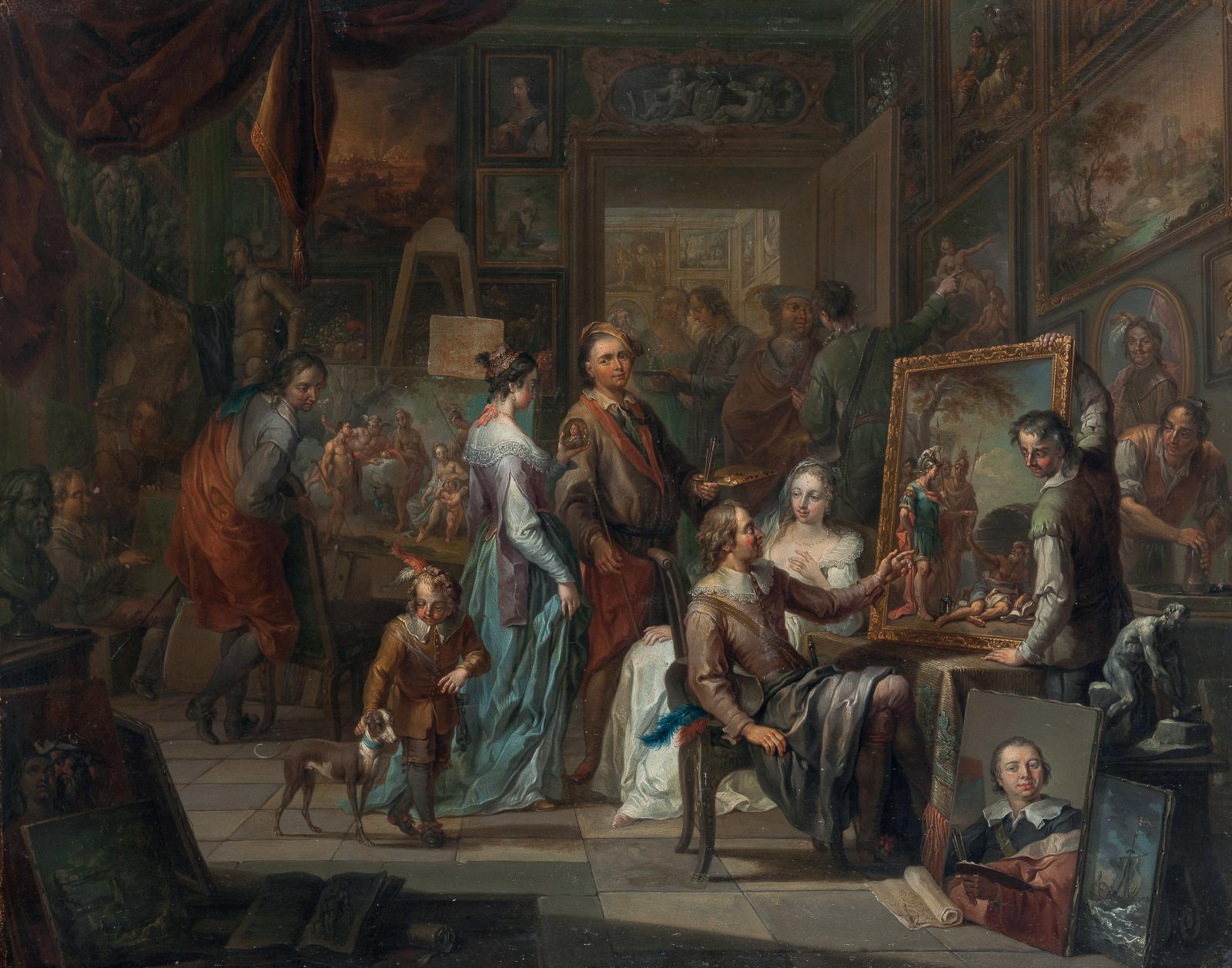 The rich compositions of the Austrian Franz Christoph Janneck generally turn up in the English-speaking market, as they are very popular there. Now it clearly holds true for Paris as well, given the €208,320 obtained for these two oils on copper, which moved straight into fourth place among the artist's works, posting a French record on the way (source: Artnet). It must be said that L'Atelier du sculpteur and L'Atelier du peintre had a wealth of appeal. Janneck, a native of Graz, belonged to the Baroque century. This meant he was inspired by mythology, which provided material for some splendid pieces, but he was also drawn to artists' studios: another kind of journey through an attractive pictorial world. His views, far from austere, contain a plethora of figures and meticulous details. The other fine result for the 18th century came with a drawing in black chalk, sanguine and stump by Nicolas Bernard Lépicié (1735-1784). The serene realism of this genre scene led the Villager seated at a table (Villageois assis à une table) (38.2 x 26.5 cm) to rise and accept a bid of €47,120.