A Matter of Attribution

A metal point sends the price of an Italian Renaissance drawing soaring. 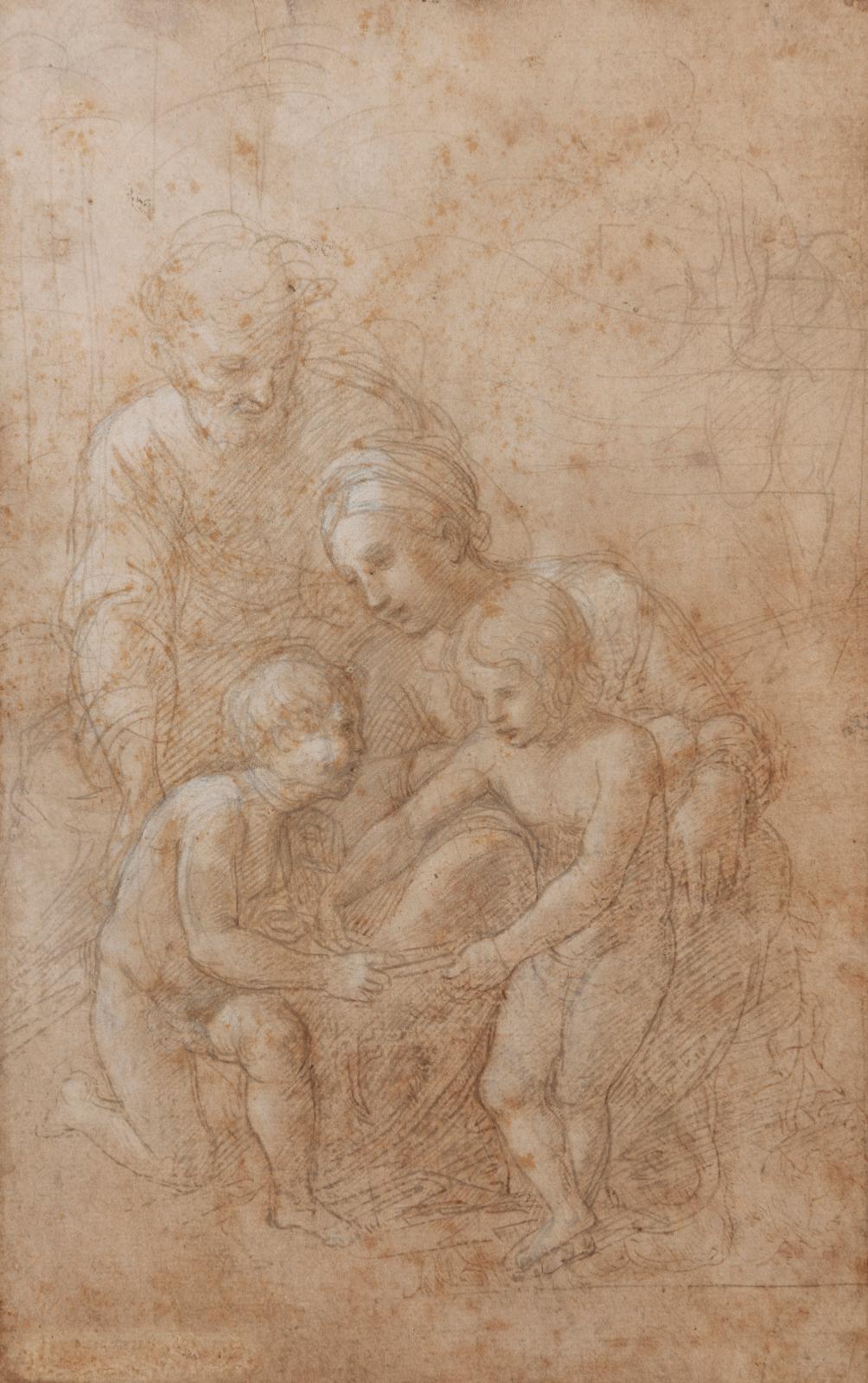 The bidders who fiercely competed for this drawing before one of them won the war with €1,401,200 undoubtedly hoped it would be attributed to the teacher rather than the student. Florence-born Giovanni Francesco Penni (1488-1528) trained in Rome and became one of Raphael’s collaborators. In winter 2012, the Louvre Museum devoted a show to the master of Urbino (“Late Raphael”) based on a long period of scholarly research trying to untangle what was by his hand and what could be attributed to his studio, especially his two main collaborators, Penni and Giulio Romano. Vincent Delieuvin, a curator at the Louvre’s painting department and of the exhibition, said, “Raphael surrounded himself with highly skilled, very capable artists, although the ideas were his.” He originated the compositions, which Penni then carried out. After Raphael’s untimely death, he and Romano finished the commissions. The master and collaborators were so close that the problem of attribution – and therefore of value – was hard to solve. Some art historians pointed out the weakness of the figures of the children. According to family tradition, the painter Léon Bonnat gave the drawing to Théophile Homolle, the archaeologist and director of the French School in Athens. That was a clue worth exploring.