A Splendid Acquisition for the Orléans Musée des Beaux-arts

At the sale of part of the Château de Dampierre's contents, the Orléans Musée des Beaux-arts seized a chance to buy a portrait of the Duchesse de Luynes by Léon Cogniet. 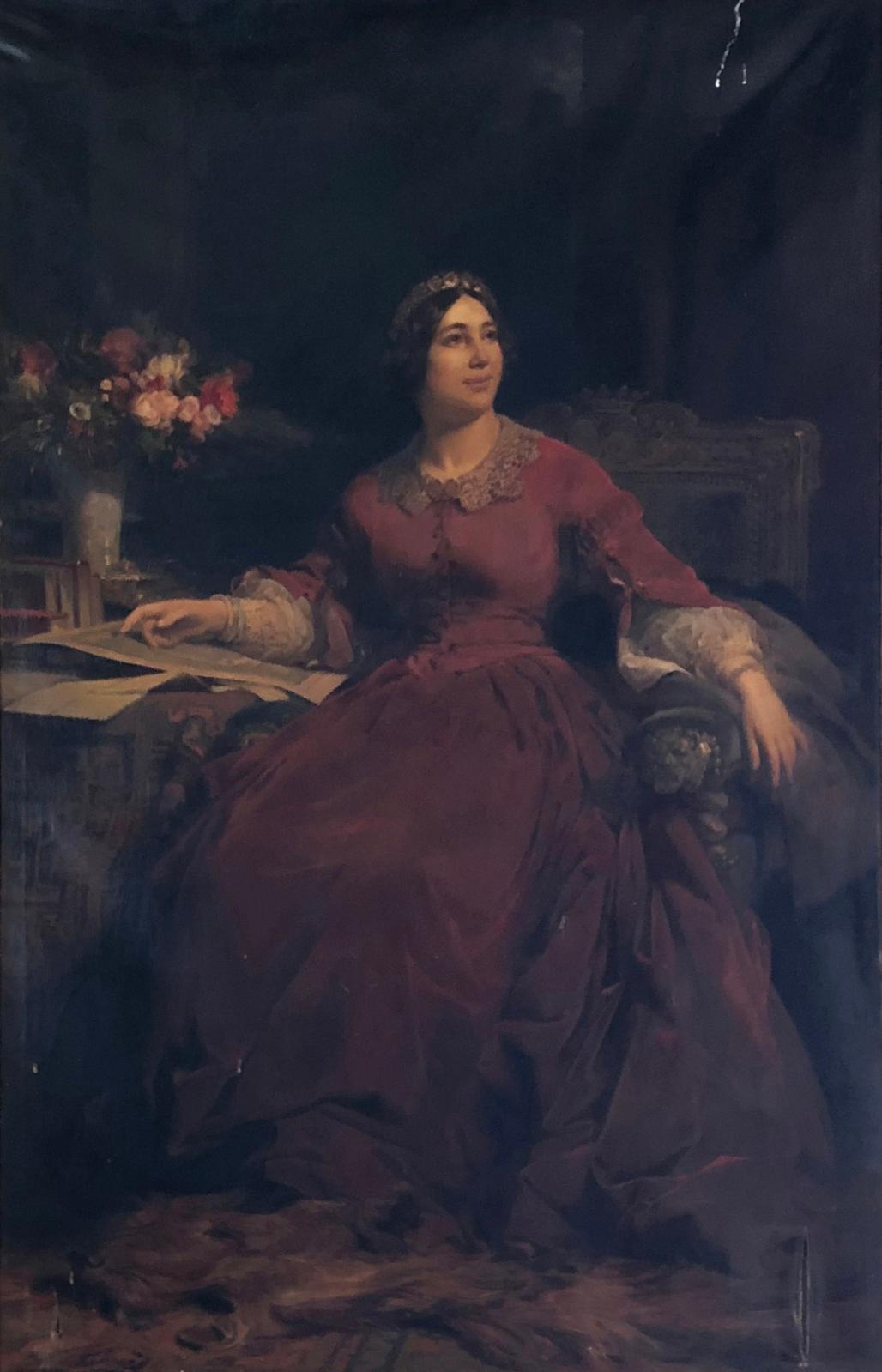 Olivia Voisin, director of the Orléans Museums, always keeps a close eye on auctions, and frequently buys at them. This time she scrutinised the sale of the furniture and painting collections of the family of Albert de Luynes (who owned the Château de Dampierre from the 17th century, before it was bought in 2018 by the Mulliez family), and discovered this Portrait de la duchesse de Luynes, painted during the 1860s by Léon Cogniet. It went to her for €21,590. Although the artist is little-known today, this was far from the case in the 19th century. He is particularly famous for Les Drapeaux (The Flags), a powerful painting commemorating the Trois Glorieuses (second French revolution) of 1830, one of the key pieces in the "Paris romantique, 1815-1848" exhibition on show at the Petit Palais until 15 September. He was an artist sought-after by high society, and as a favourite of Louis-Philippe received numerous official commissions. He is also highly appreciated by the Orléans museum, which owns a large collection of his works bequeathed by his widow in 1892. This painting – after much-needed and costly restoration (sponsorship welcome!) – will now be joining them, and is to be hung in the large paintings room, scheduled to reopen in 2020.