This cryptic work by Gabriel Ferrier (1847-1914) opened a breach in traditional academicism. 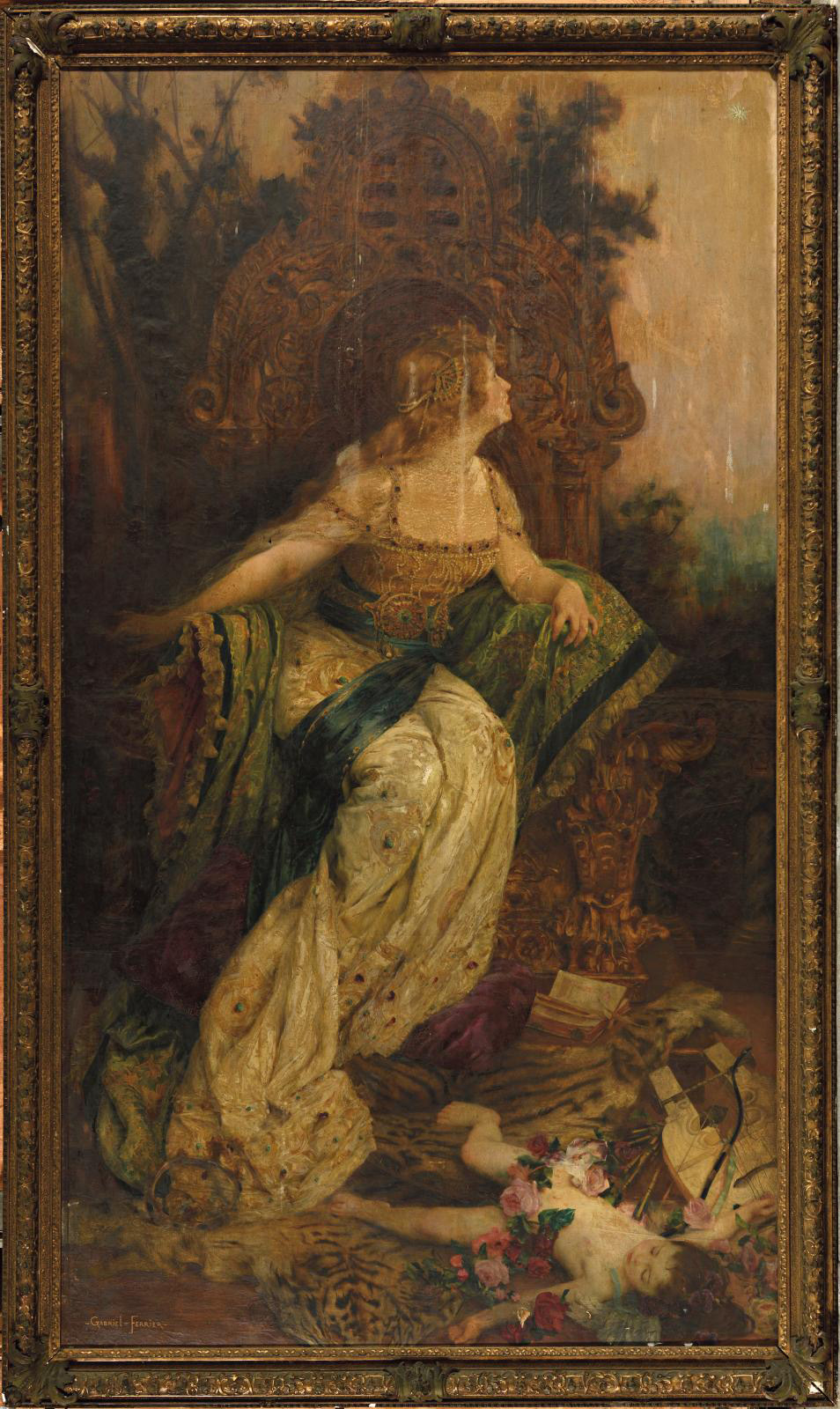 Art historians have too often dismissed 19th-century French academic artists such as Alexandre Cabanel and Jean-Léon Gérôme, who remained outside the mainstream of modern art, as a bit kitschy. Now, as they are the subject of further studied and contextualized, their stock has risen. Gabriel Ferrier is an example. He worked in Isidore Pils (1815-1875) and Ernest Hebert’s studios before enrolling at the Ecole des Beaux-Arts in Paris (School of Fine Arts). He exhibited regularly at the Salon des artistes français (Salon of French Artists) between 1869 and 1912 and received many commissions. Ferrier had everything it took to be an official artist at the turn of the 20th century. In general, the siren song of the new, modern painting did not attract him.

But in this 1895 painting, L'espoir reste invincible. Spes invicta Manet (Hope Is Invincible. Spes invicta Manet)—note the allusion to the Impressionist master—Ferrier flirted with Symbolism. A young woman in precious fabrics is seated on a throne with a dead child—perhaps her own—at her feet. Yet, turning away from the unbearable sight, she gazes up at the sky with a look of hope. She possesses the majesty of a modern-day Dido, the air of an Eastern princess, an allegorical allure. The work, which fetched €50,800, illustrates Ferrier’s deep knowledge of paintings by Italian Mannerist and Baroque masters. Like them, he had a thorough command of color and composition. Yellowed by old varnish, its light will surely shine again once it is restored.

CATALOGUED SALE : PAINTINGS - ART AND FURNISHINGS - FURNITURE - DESIGN
Magnin Wedry
Info and sales conditions
Catalogue
Salerooms
Newsfeed
See all news
French Culture Budget Increases by 7.5 Percent
€840M Collected for the Reconstruction of Notre-Dame
FIAC Announces its Artistic Program
1:54 Contemporary African Art Fair, Ready for a 9th Edition
Not to be missed
Lots sold
From the Living Room to the Bedroom: Cannes-Style El…
The sale of the entire stock of furniture from a château in the…
Lots sold
The Art of Fin-de-Siècle Jewelry
In Lyon, two imposing necklaces conjured up the balls and evening…
Lots sold
Impressive Dutch Style Marquetry and an 18th-Century…
In Lorraine, the contents of a very fine residence set off to new…
Lots sold
Valtat: The Virtuoso of Color
The painter, famous for his vivid landscapes, was celebrated through…