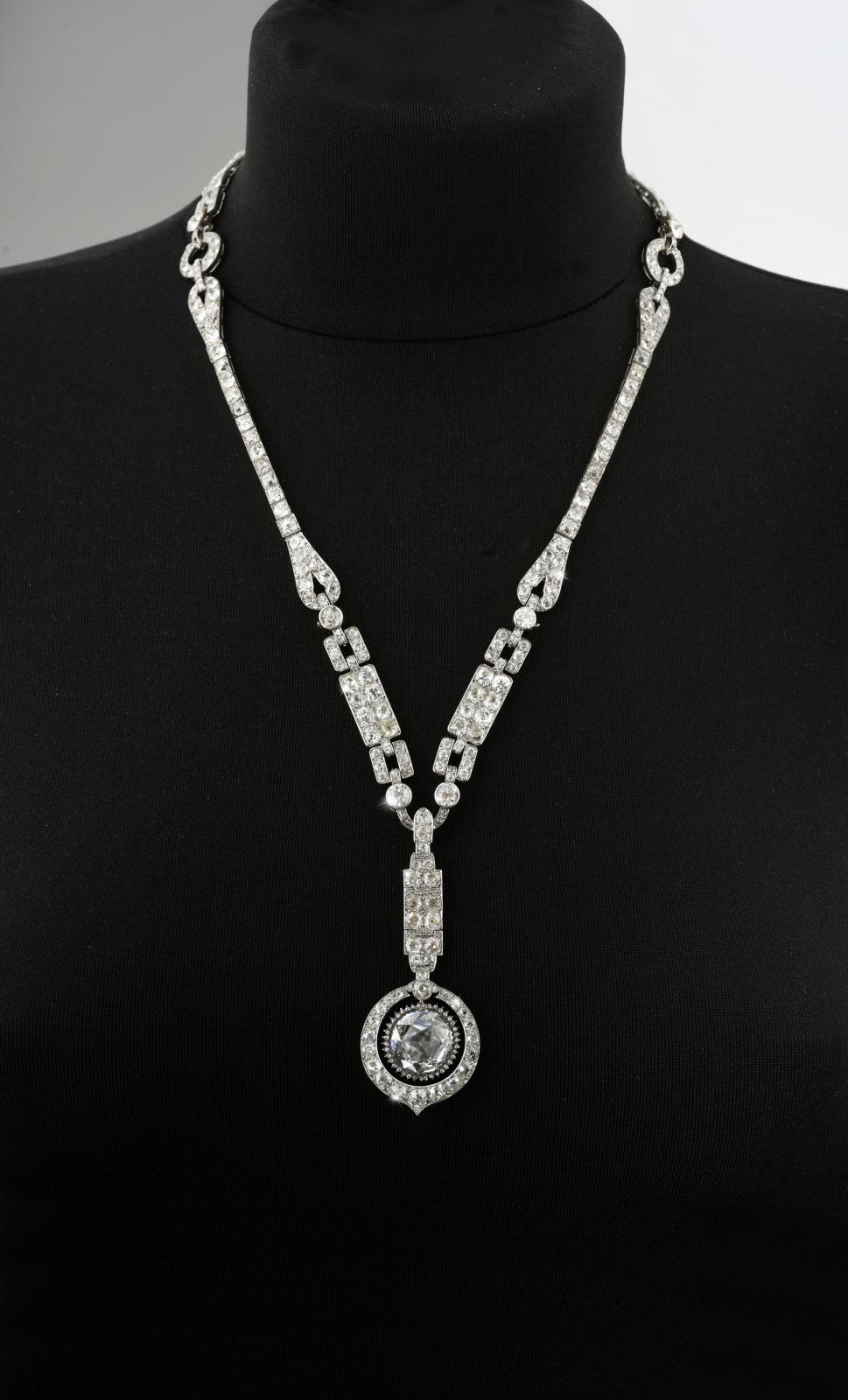 In 1919, the Maison Cartier, probably in response to a private commission, designed this articulated necklace with a magnificent “crowned rose” pendant. The rose cut appeared in the 16th century – although it seems it was already practised in India – and gives relief to a rough diamond, making maximum use of its potential. The cut was abandoned when the “round brilliant” – the most popular cut nowadays, as it provides more sparkle – was invented by a Belgian diamond merchant in 1919, precisely. This suggests that the necklace was created around the pre-existing motif of this earlier rose, certainly dating from the 19th century.

Bijoux, orfèvrerie
9, rue Drouot 75009 Paris
Coutau-Bégarie
Info and sales conditions
Catalogue
Salerooms
Results
Newsfeed
See all news
Due to the summer holidays there will be a pause in the newsfeed. We will be back Monday, August 24th. Have a wonderful summer vacation!
Met Museum in New York acquires Wangechi Mutu sculptures
US House of Representatives vote to create a national museum dedicated to Latin Americans
Church volunteer confesses to starting the Nantes Cathedral fire
Not to be missed
Lots sold
Portrait of a young follower of Winckelmann
Under the watchful eye of the master Johan Joachim Winckelmann,…
Lots sold
The Gospels according to Brueghel, and botany with B…
Three days of sales saw a parade of musical instruments by famous…
Lots sold
From the Marquesas Islands to Vanuatu, Oceanic arts were…
Artifacts with a mysterious purpose from these distant lands were…
Lots sold
Deeply inspired objects from Sèvres to Hadrian
A Sèvres Chinese service and the profile of Emperor Hadrian sculpted…