The Art of the Drape by Madeleine Vionnet

With this flame red dress, Madeleine Vionnet (1876-1975) again proves her great modernity in designing a silhouette. 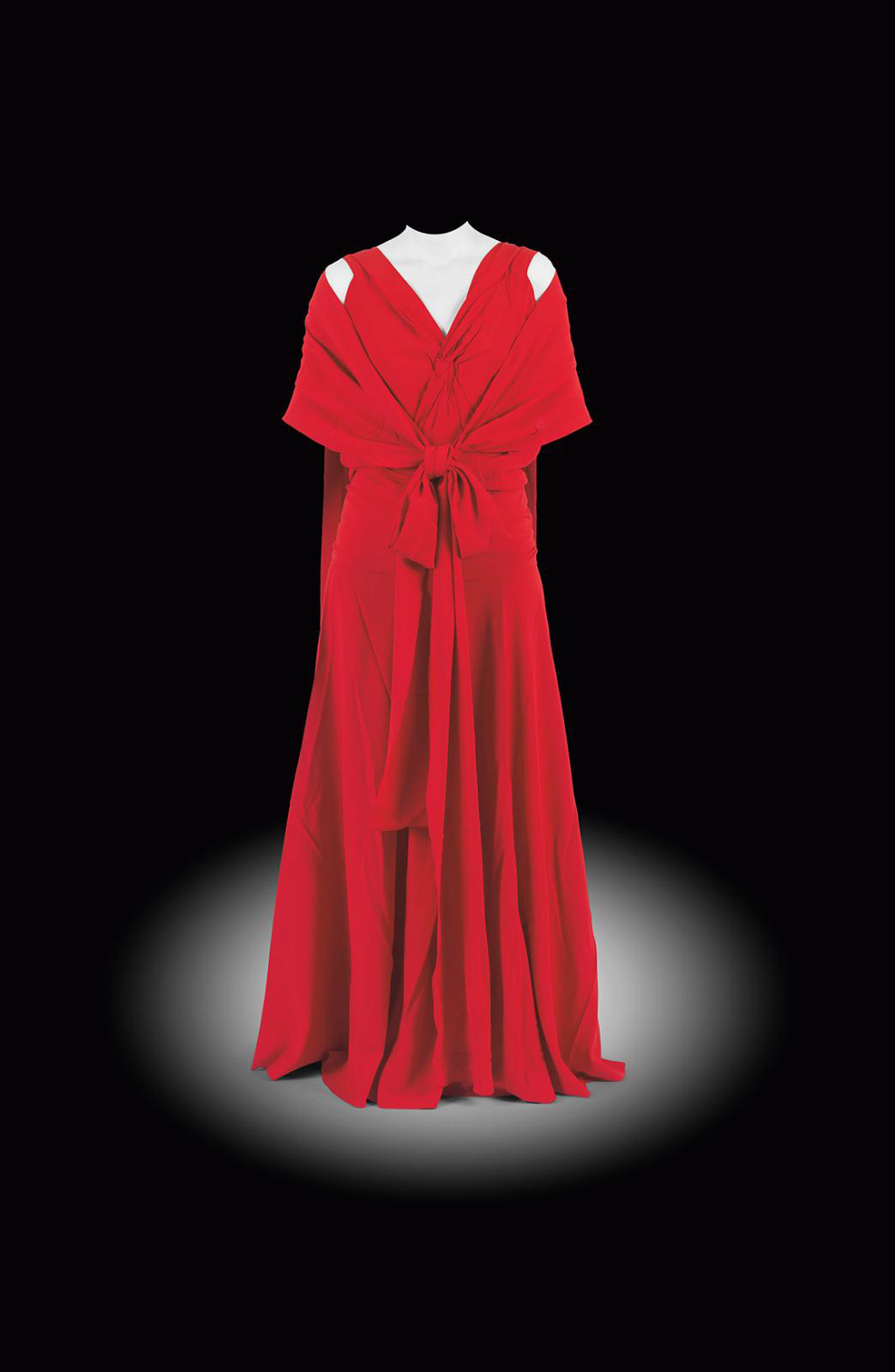 A "fashion purist", as the Musée des Arts Décoratifs described her at its 2009-2010 retrospective, Madeleine Vionnet was one of the leading figures in haute couture between the wars. Credited with inventing the bias cut, and with her brilliant skills in the art of draping, she truly transformed the silhouette and went even further by emancipating the female body. Astonishingly, as a young apprentice who arrived in 1906 at Jacques Doucet to rejuvenate style, she boldly asked the models to parade barefoot with breasts untrammeled beneath fluid dresses, doing away with corsets and rigidity. But it was too much for the respectable fashion house, and she left to found her own in 1912 at 222 Rue de Rivoli in Paris. The war brought it to a temporary halt, but in 1918 she started it up again, with more avant-garde creativity than ever, calling on the services of interior designer Georges de Feure for her new private mansion in Avenue Montaigne.

She turned the place into a fashion Mecca firmly rooted in its time and open to an international clientele. A modern woman committed to social rights, she immersed herself delightedly in the Art Deco era: an environment that fitted her like a glove. She was an outstanding technician, gifted with an innate feeling for the structure of a garment and a perfect understanding of textiles. She drew, cut and fluidified, introducing suppleness and movement. Like many designers of this period, she was fascinated by ancient Greece, and devoted her energies to reinventing the free-flowing drapery she so admired. She succeeded in doing so in complete liberty: this long flame red crepe dress from the 1930s provides a marvelous illustration. A model that walked off with one of the top bids at €108,800.

BIJOUX - MONTRES & VINTAGE
Ader
Info and sales conditions
Catalogue
Salerooms
Newsfeed
See all news
The New Orange County Museum of Art Slated to Open in 2022
“Vault by CNN": NFTs of Historic News Coverage to Go Up For Sale
Mexican Railway Development Slowed by the Discovery of 13,911 Pre-Columbian Remains
New York’s Callicoon Fine Arts Gallery to Close After Final Show
Not to be missed
Lots sold
Back to the Louvre for a Heroic Drawing by Fontaine
It is only fitting that this work by Fontaine has returned to the…
Lots sold
A Lalanne Rabbit Hops to Success
Modern and natural works were the core of this sale devoted to Claude…
Lots sold
La Rochelle, Impression: Shifting Sunlight
Water was the blue thread running through this sale’s four most…
Lots sold
A Fishing Scene by Joseph Vernet and a Preemption by…
The auction featured a painting by Vernet and a pair of corner tables…