With its extremely simple trapezoidal volume, the "Kelly" bag remains one of the House of Hermès’s signature items. 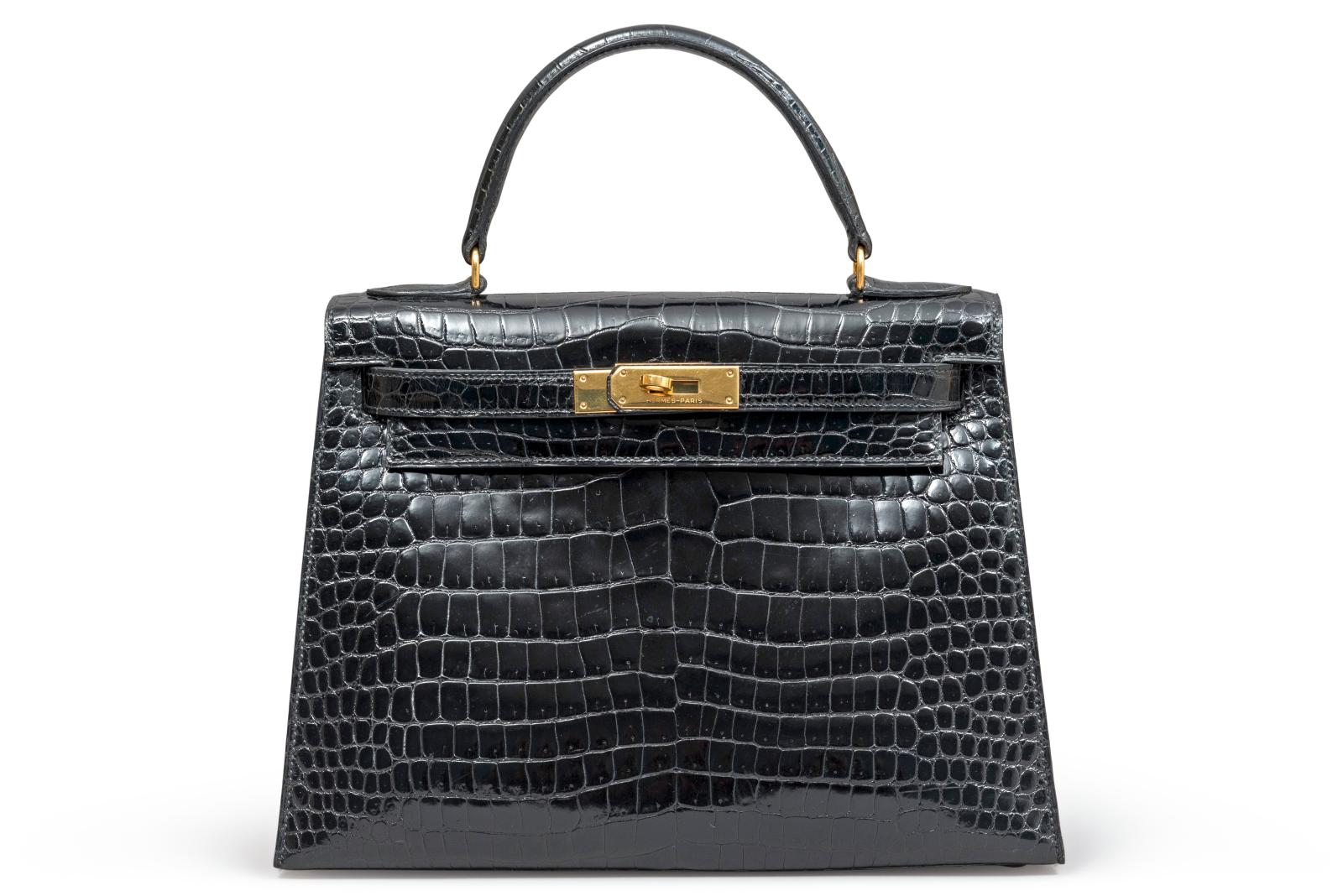 Introduced in its current form in 1935, the popular accessory was named after the famous American actress Grace Kelly who became Princess of Monaco in 1958. In Saint-Raphaël on Thursday, October 29, Var Enchères-Arnaud Yvos OVV presented a version in black estuary crocodile with straps closed by a golden metal clasp, which fetched €16,250. For €11,520, it could be complemented with a gold minaudière (gross weight 287.9 g, approx. 10.15 oz) by Van Cleef & Arpels.