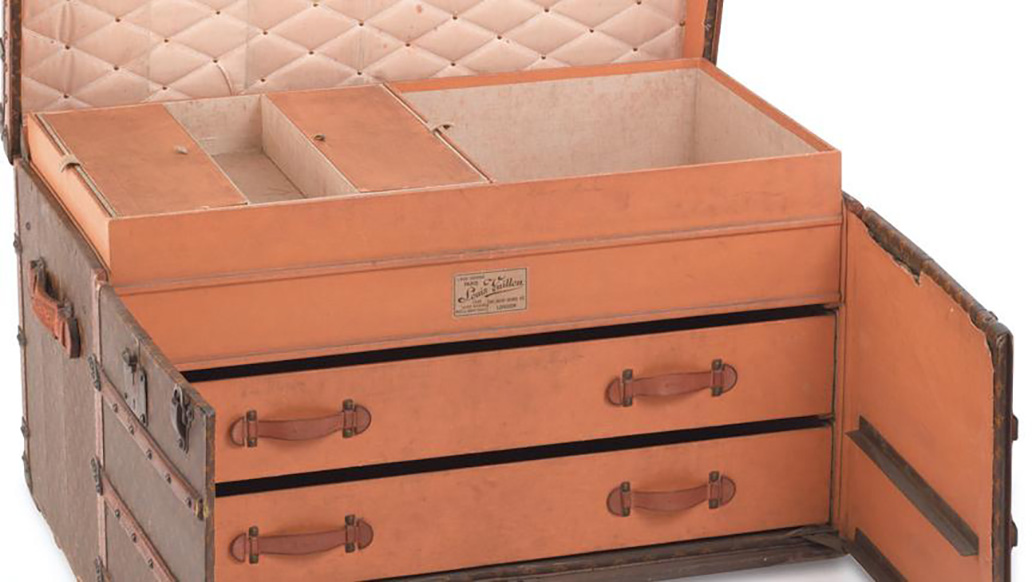 In 1854, Louis Vuitton opened his first store at 4 Rue Neuve-des-Capucines, in Paris. Since then, its success has never wavered and every appearance of the famous firm's products have been a roaring success, whatever their age or condition. This was yet again the case on Tuesday, April 24 with the Xavier Wattebled auction house in Lille, where a trunk covered in the famous monogrammed canvas (58 x 101 x 56 cm) garnered a splendid sum of €16,660. It has two doors, which open to reveal two drawers surmounted by lockers with compartments.