The one belonging to Robert Beauvillain contained precious illuminated manuscripts that decidedly lit up the bidding. 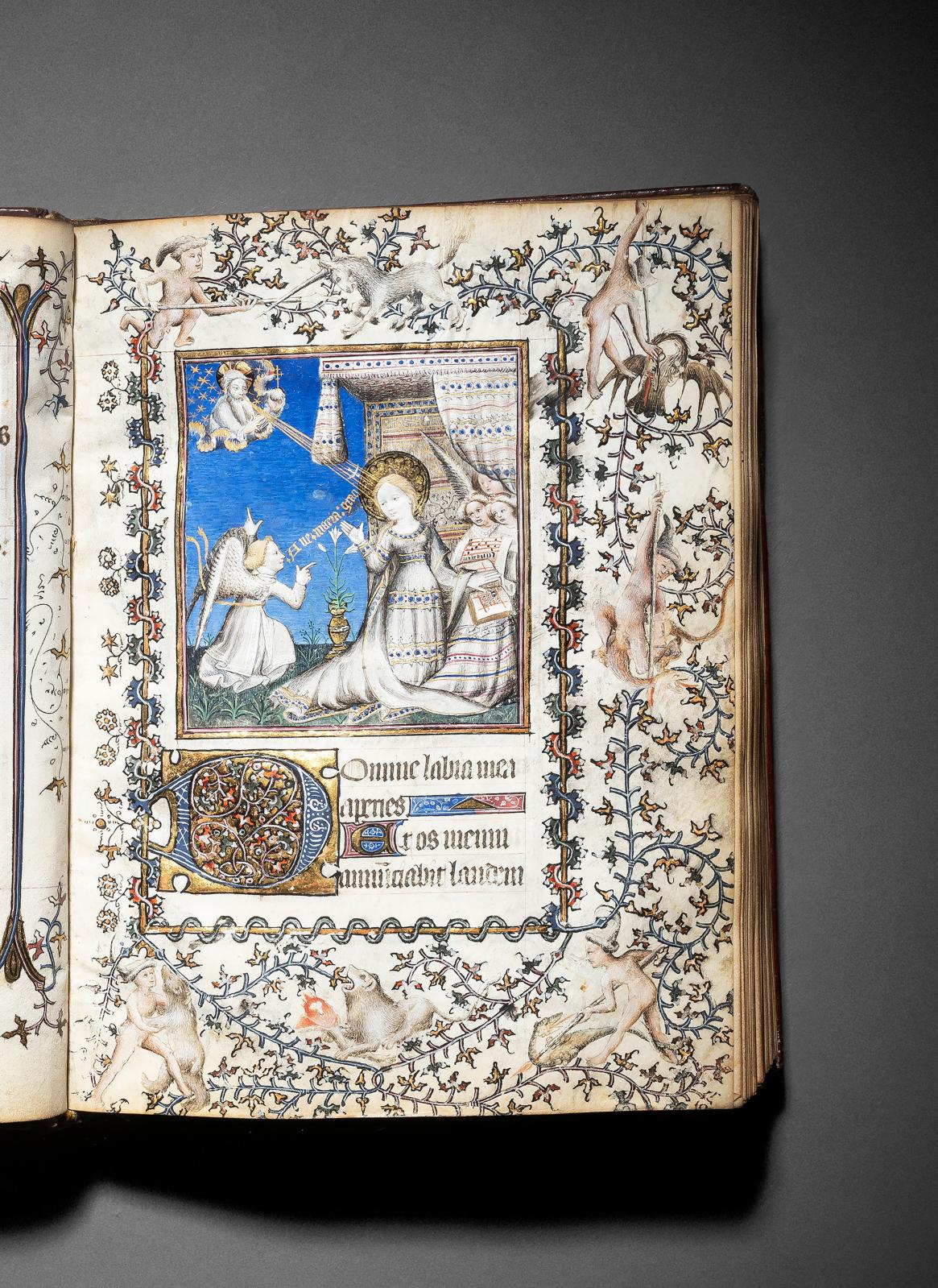 This sale had to wait for the end of lockdown to take place – not that the delay calmed the ardour of the bidders: quite the opposite! The two key lots lived up to expectations. Robert de Beauvillain assembled this collection in the early 20th century. A collector with eclectic tastes and encyclopaedic knowledge, his interests covered Books of Hours from the twilight years of the Middle Ages to books of the 1930s, and he had an unfailing passion for bindings. So bibliophiles had cause for rejoicing with this group of over 300 lots, which achieved a final total of €2,180,806.

Remarkable manuscripts
Two books described by the experts as "remarkable manuscripts" were a runaway success. The first was the Hours of Pierre Soppite and Marie Deschevert: a Book of Hours according to the Roman rite executed in France between 1400 and 1410, containing 13 miniatures attributable to the Master of Luçon, active in Paris between 1390 and 1415-1417. This fetched €689,500 – a considerable sum for a book, not least because these exquisite Books of Hours date to the period of Duc de Berry: the very apogee of French illumination. But the favourite was the Book of Hours (also according to the Roman rite) presented as the "Hours of G and H". "Jusques à ce" ("Until") is the motto of the mysterious patron who has lain hidden behind these initials for centuries. This is the masterpiece of the Master of Spencer 6, an artist active in Bourges, the center of French illumination production, between 1495 and 1510 (i.e. more or less the same period as the master of the Hours of Pierre Soppite and Marie Deschevert). His name appears on forty-odd listed manuscripts, including the one in the Spencer collection in the New York Public Library. The one here is illustrated by four diptychs, 28 large paintings and 35 small miniatures. €749,700 was the sum laid at the feet of this most magnificent of Books of Hours from the turn of the 15th century, made for a universal liturgical rite.

Elsewhere on the shelves
The bibliophile didn't stop there. He possessed yet another book, this time according to the Paris rite, written in Latin and French from around 1500. Illustrated by two Parisian painters, the Masters of Étienne Poncher and Philippe de Gueldres, with a cycle of 18 large and 43 small miniatures of striking freshness, this illuminated manuscript garnered €88,872. One of its assets lay in its being a collaboration between two artists, providing evidence of the division of work between two different specialists: a new trend that grew increasingly prevalent during the last quarter of the 15th century, suggesting that a bookseller was at the helm, distributing the tasks and ensuring overall consistency. From the very end of the 15th century again, but in a very different style, a copy of the very first Latin edition of a famous satire on the vices, abuses and folly of mankind by the Strasbourg poet Sébastien Brant (1458-1521), illustrated with woodcuts largely by Albrecht Dürer (one is reproduced here), went for €57,647. And far closer to our times, a first edition of the first collection of poems by Guillaume Apollinaire (d. 1918), Le Bestiaire, a bestiary illustrated with woodcuts by Raoul Dufy in an attractive binding by Charles Septier, was tamed at €25,064. 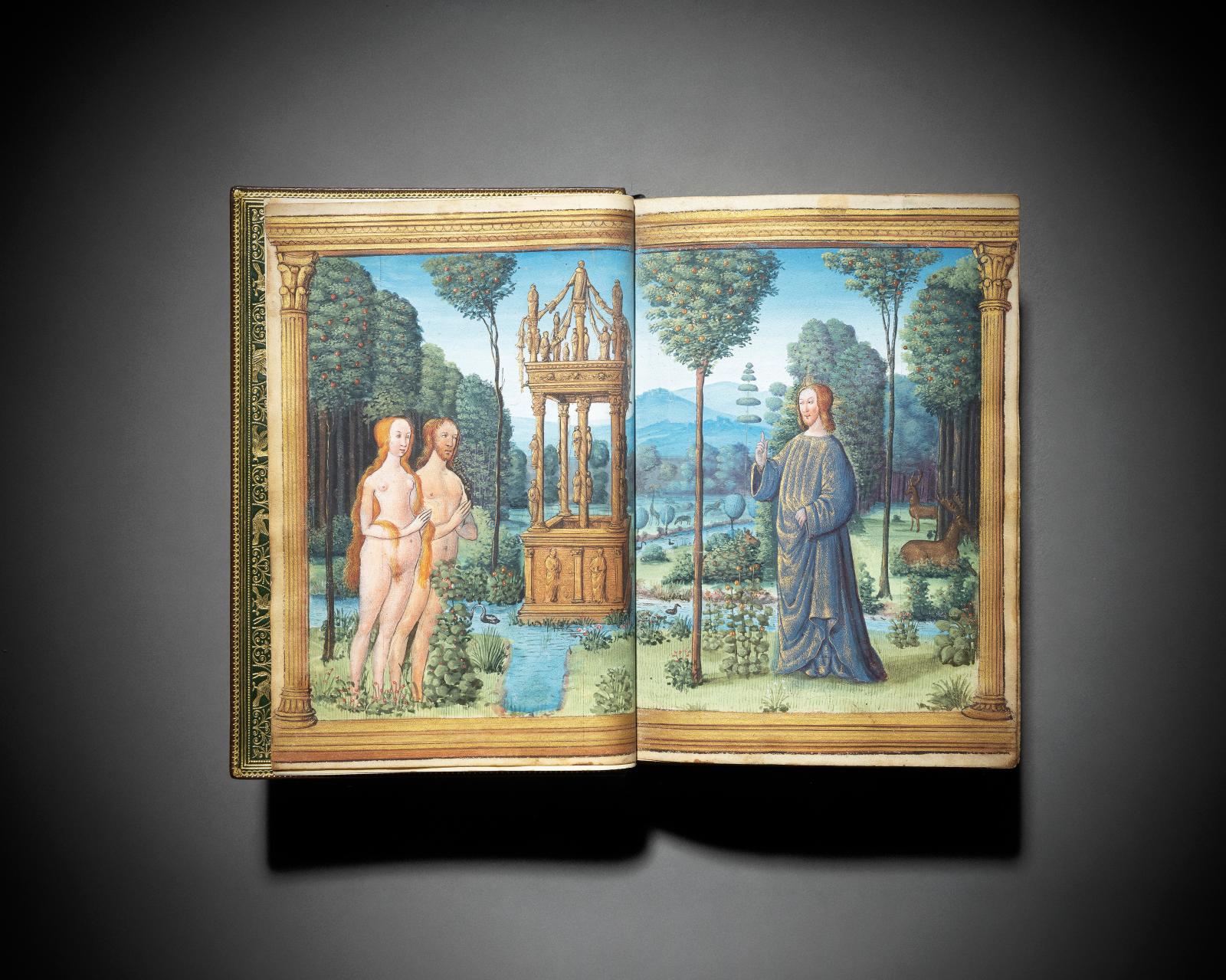 A Masterpiece by the Master of Spencer 6

This large miniature reveals all its iconographic treasures in a French Book of Hours from the 1500s.

Newsfeed
See all news
6,000 Visitors for the Drawing Now Alternative Fair
Women’s History Museum Gains Representation by Company Gallery
World Record for Alix Aymé at €322,600
Ian Cheng’s “Life After BOB” to Tour Internationally beginning in Arles, France
Not to be missed
Lots sold
Majestic Illuminated Books of Hours Shine at Auction
Here, the vitality of French 15 th - and 16 th -century illumination…
Lots sold
Childhood’s Green Paradises by Vietnamese Artist Mai…
Like a prelude to an exhibition, this sale featured a particularly…
Lots sold
Bernar Venet and the Vitality of Modern Drawings
Works by Bernar Venet, Le Corbusier, Zao Wou Ki and Vieira da Silva…
Lots sold
Simon Hantaï: The Art of Blue
There were various aspects to this classic sale, but a memory in…