Though Bugatti particularly relished depicting the elegance of the panther and cheetah and the dynamic energy of the tiger, the Italian sculptor did... 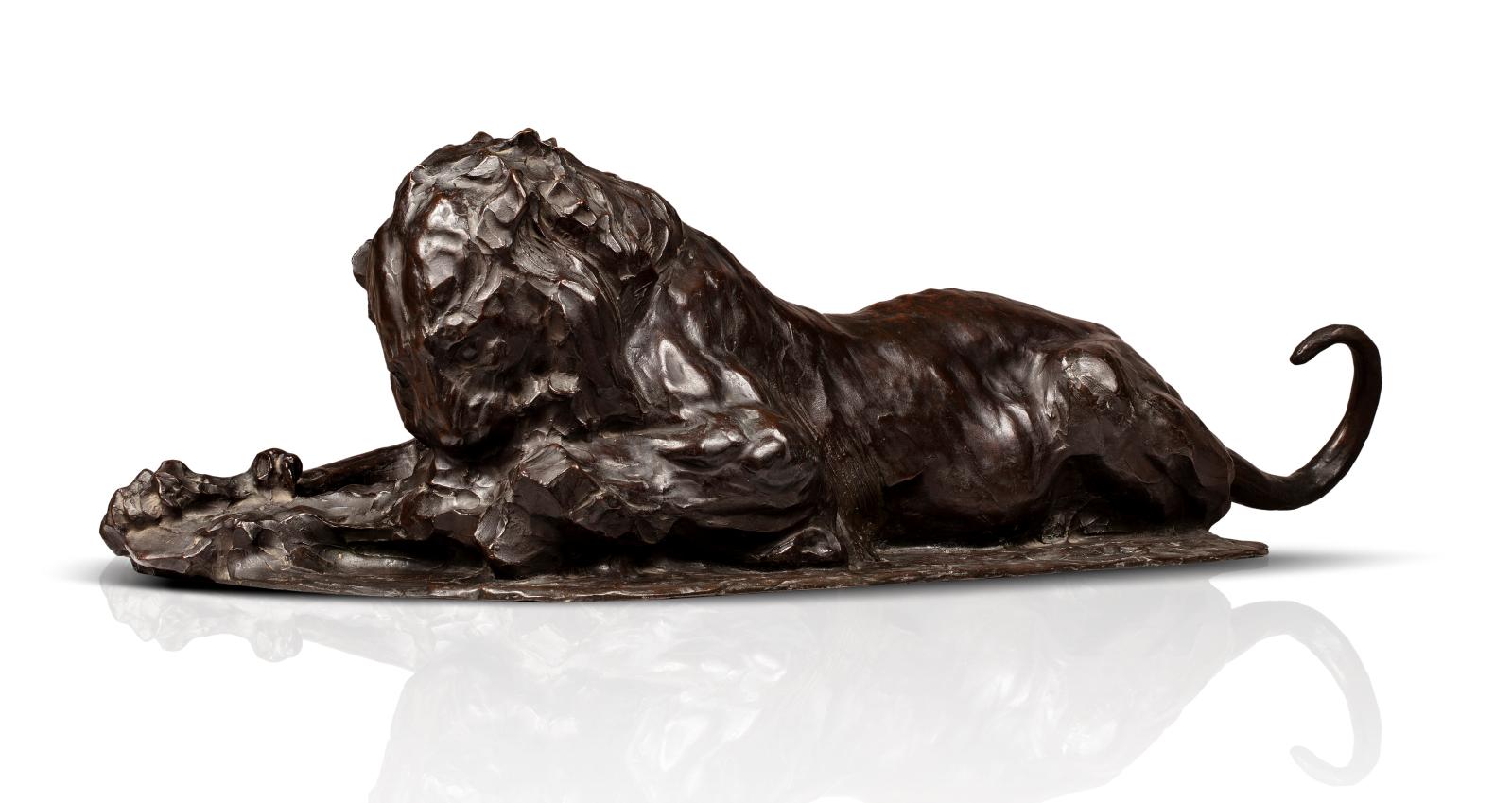 Though Bugatti particularly relished depicting the elegance of the panther and cheetah and the dynamic energy of the tiger, the Italian sculptor did not neglect the king of beasts and his superb physique. As witness the €806,000 pounced upon by this "Crouching lion in the act of devouring", modelled in around 1908 before being duly cast by the Hébrard foundry, and here, more precisely, by Albino Palazzolo. This extremely rare model, of which only three proofs were cast, comes from the former collection of a philanthropist and entrepreneur of Reims, and shows a highly original "bestial" theme in Bugatti's output, as the big cat is shown devouring its prey. An unusual subject with the artist, mainly occupying him between 1908 and 1912, which does not feature in the first fifty works referenced on the Artnet site. These include the sleek "Nubian lioness", the touching "Lion cub with a hare between its paws ", the playful "Lioness and ball" and the "Nubian lion and lioness" – but no scenes of feasting… So the carnivore made a striking entrance, here!

Print the article
Newsfeed
See all news
New Ceramics Exhibition About the Pre-Columbian City of Wari in Peru
Upcoming Exhibition Commemorates Jamaica’s First Feature Film
Blois: The Archaeological Site of the Saint-Vincent Island Reveals its Secrets
Claim That Parthenon Marbles Were “Removed From Rubble” Rebutted
Not to be missed
Lots sold