Greco-Roman Mythology According to Audiard

From her lofty height, an impressive image of Diana, the goddess of the hunt, dominated other more exotic themes, like a view of Venice 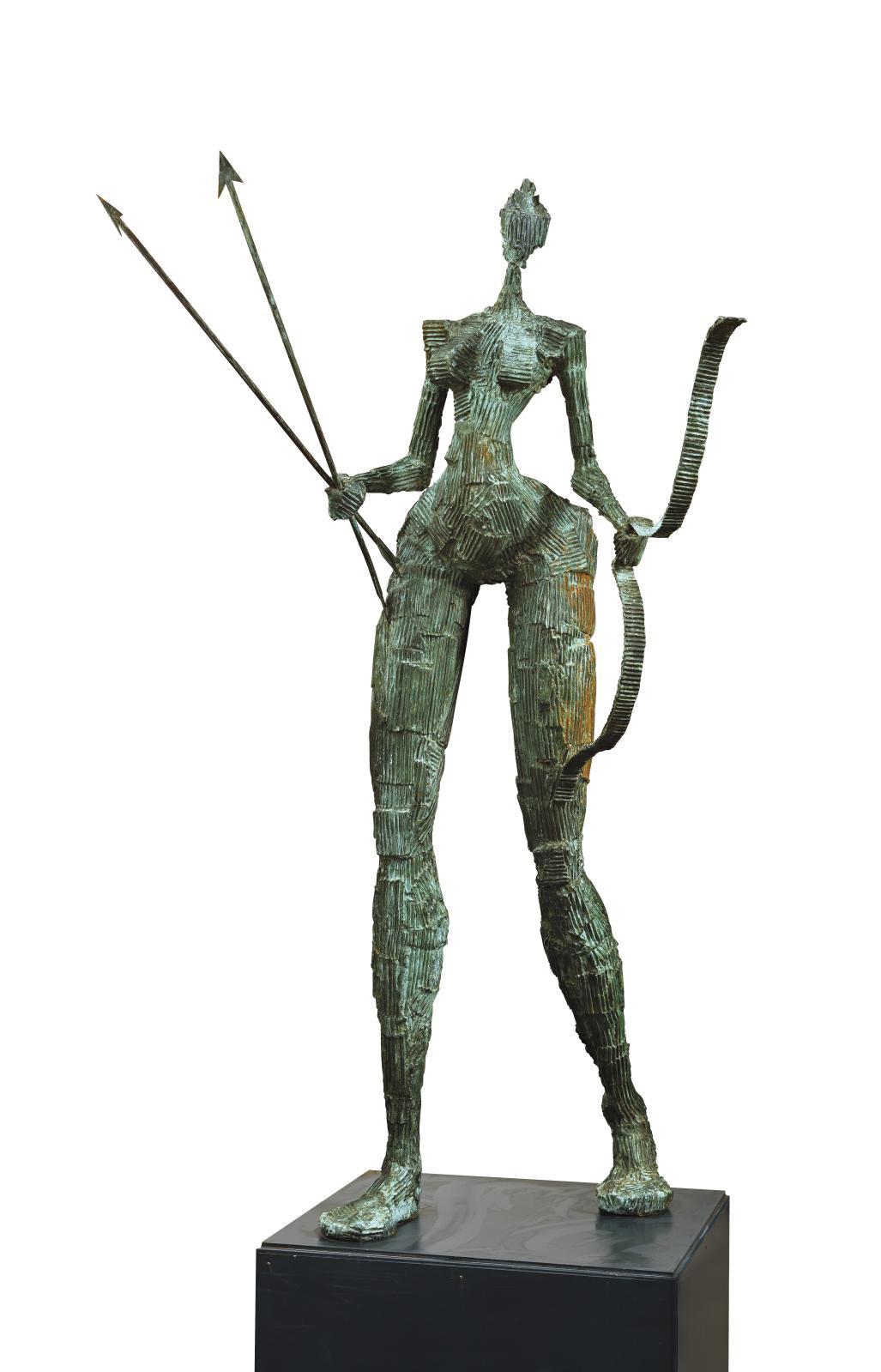 The sculptor Michel Audiard is famous for his sizeable creations, often bronze pieces from his foundry in Rochecorbon, near Tours, in the Centre-Val de Loire region. This is the case with this Diana, a sculpture cast in the noble metal, endowed here with an appropriate antique green patina. In a move away from antique canons, the work, standing on a square base in gray lacquered metal (203 x 62 x 75 cm/6.6 x 2.03 x 2.4 ft, not including arrows), evokes a kind of original Eve through its archaic forms. In any event, it charmed buyers, one of whom paid €36,017 for it.

The ambiance was more mysterious in a painting from c. 1912 by Henri Le Sidaner of Venice: the Bridge of Sighs. Typical of his work on the misty atmospheres of the City of the Doges, captured at every hour of the day and night, this view with its fragmented brushstrokes went for €32,860.

Balthasar-Charles Larpenteur, on the other hand, preferred to capture the psychology of women and men of the Romantic period. Born in Versailles in 1783, he quickly became famous during the Empire and received official commissions: he delivered the Portrait of the Emperor in 1810, as well as a miniature representing the King of Rome in April 1815. He then focused on more Intimist subjects, sometimes in gaudy oriental garb, as in the Portrait of a Man in Ottoman Costume (80 x 63 cm/ 2.6x 2 ft), painted on canvas and signed in 1845. This colorful work fetched €19,840.

As an epilogue, we would like to mention a brooch, a French work from the 19th century. In yellow gold and silver depicting a dragonfly, the body and eyes adorned with emeralds, the wings adorned with rose-cut diamonds and other old-cut rounds, the ornament (5.1 x 6 cm, 2 x 2.in; 15.8 g/0.5 oz) attracted €15,004. 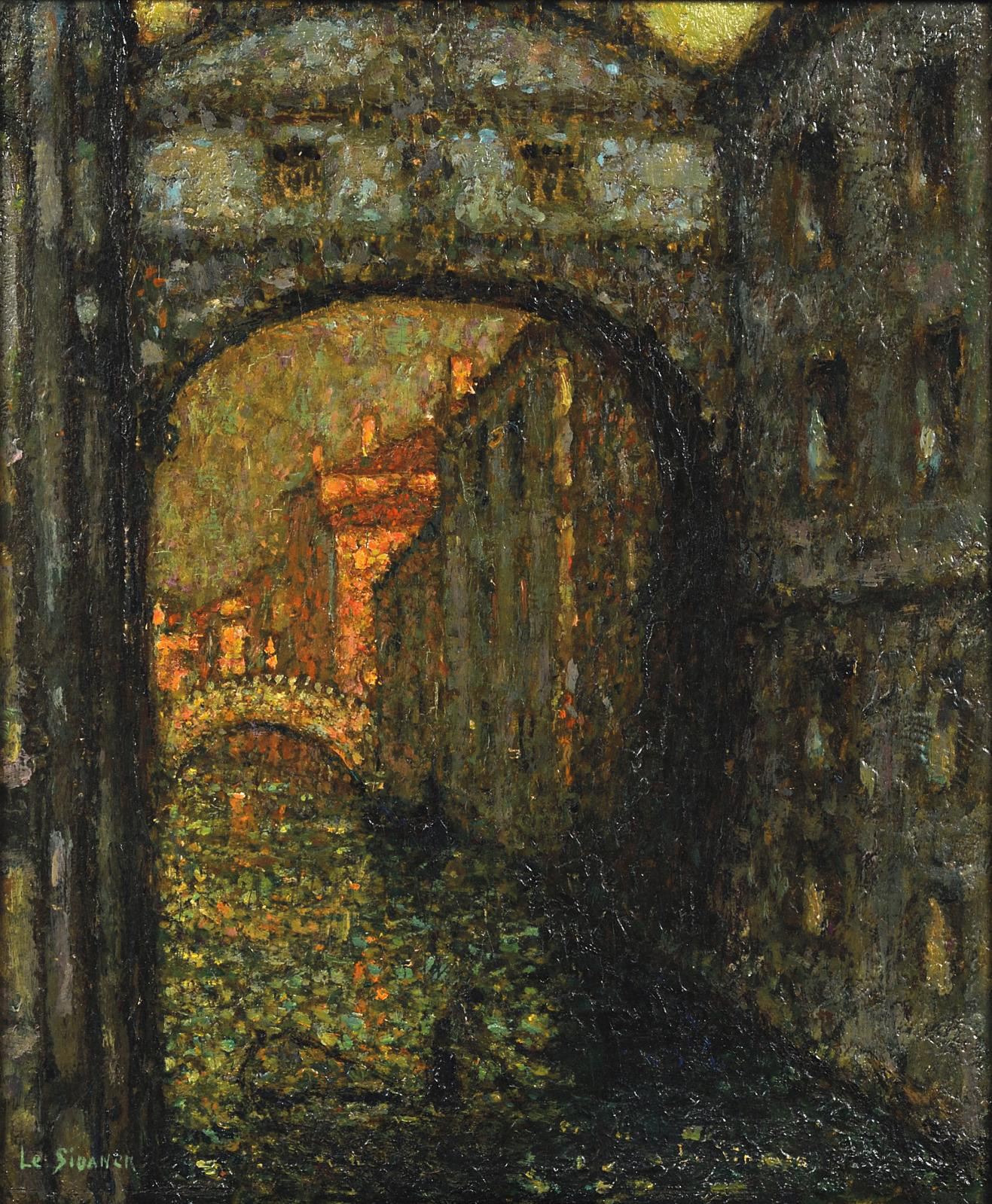 Venice has always been an endless source of inspiration for painters. Henri Le Sidaner (1862-1939) went there several times and brought back vaporous, poetic paintings.