Victory for a Chinese Bell 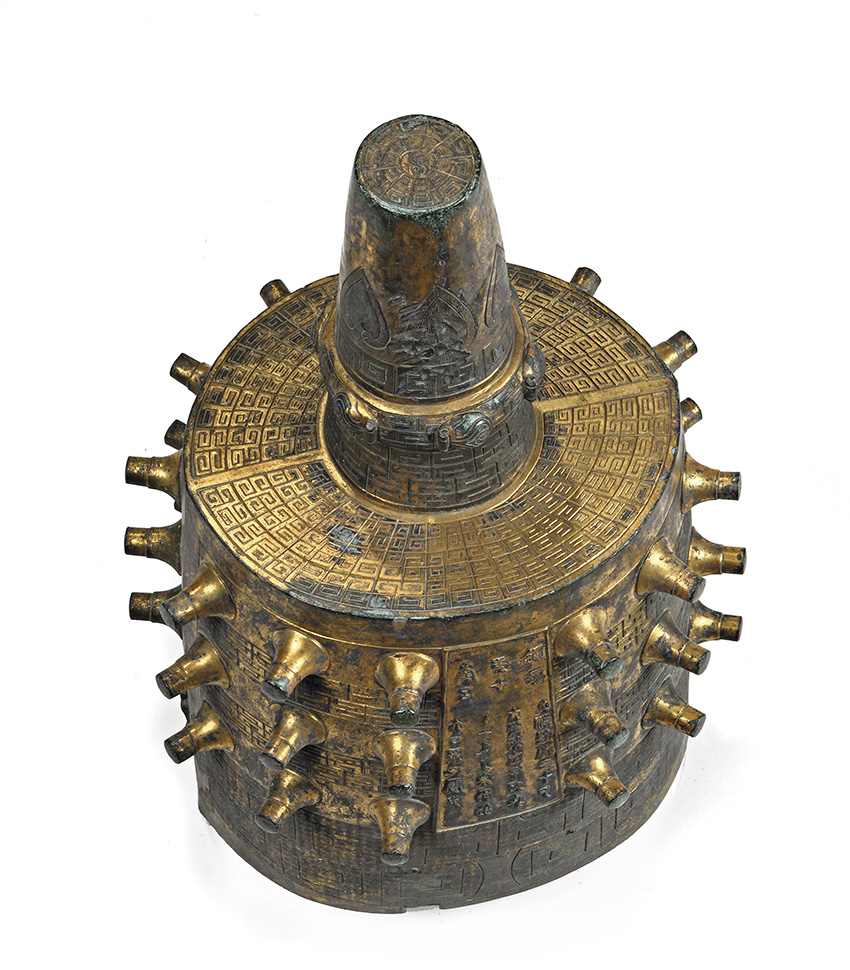 A bronze bell known as a bo zhong resounded to an unexpected bid of €254,200 (after a high estimate of €15,000), and was finally carried off by a Chinese buyer. Featuring a large vertical cartouche with an inscription and a fictitious Qianlong date in relief, the instrument (56 x 30 x 25 cm) actually dates from the early 20th century. Dating from a little earlier, a statue of Guandi (67 x 36 x 32 cm) in Famille Verte porcelain kept watch, shown sitting in armour decorated with dragons, with a menacing expression, wearing a cap. A fierce battle took it up to €43,400. Then we returned to France for a large wall clock with a console in tortoiseshell and brass marquetry (119 x 56 x 36 cm) sporting lavish chased gilt bronze ornamentation. Made in the Second Empire in the Louis XIV style, it had a circular white enamelled dial, signed "H.V. SOEST à Paris". It found a buyer at €27,900.

Nice furniture sale (1)
Hôtel des ventes Giraudeau
Info and sales conditions
Catalogue
Newsfeed
See all news
Rubell Museum to Expand with Second Collection in Washington D.C.
Ancient Ceremonial Artifacts Found at Egypt’s Temple of the Pharaohs
The Villa Albertine Opens in New York
Colnaghi Gallery Prolongs Exhibition Exploring Connections between Spanish Art and the New World
Not to be missed
Lots sold
From the Living Room to the Bedroom: Cannes-Style El…
The sale of the entire stock of furniture from a château in the…
Lots sold
The Art of Fin-de-Siècle Jewelry
In Lyon, two imposing necklaces conjured up the balls and evening…
Lots sold
Impressive Dutch Style Marquetry and an 18th-Century…
In Lorraine, the contents of a very fine residence set off to new…
Lots sold
Valtat: The Virtuoso of Color
The painter, famous for his vivid landscapes, was celebrated through…