Bidders had the choice between a bronze lioness cast by Hébrard, abstract paintings, designer objects and collector cars. 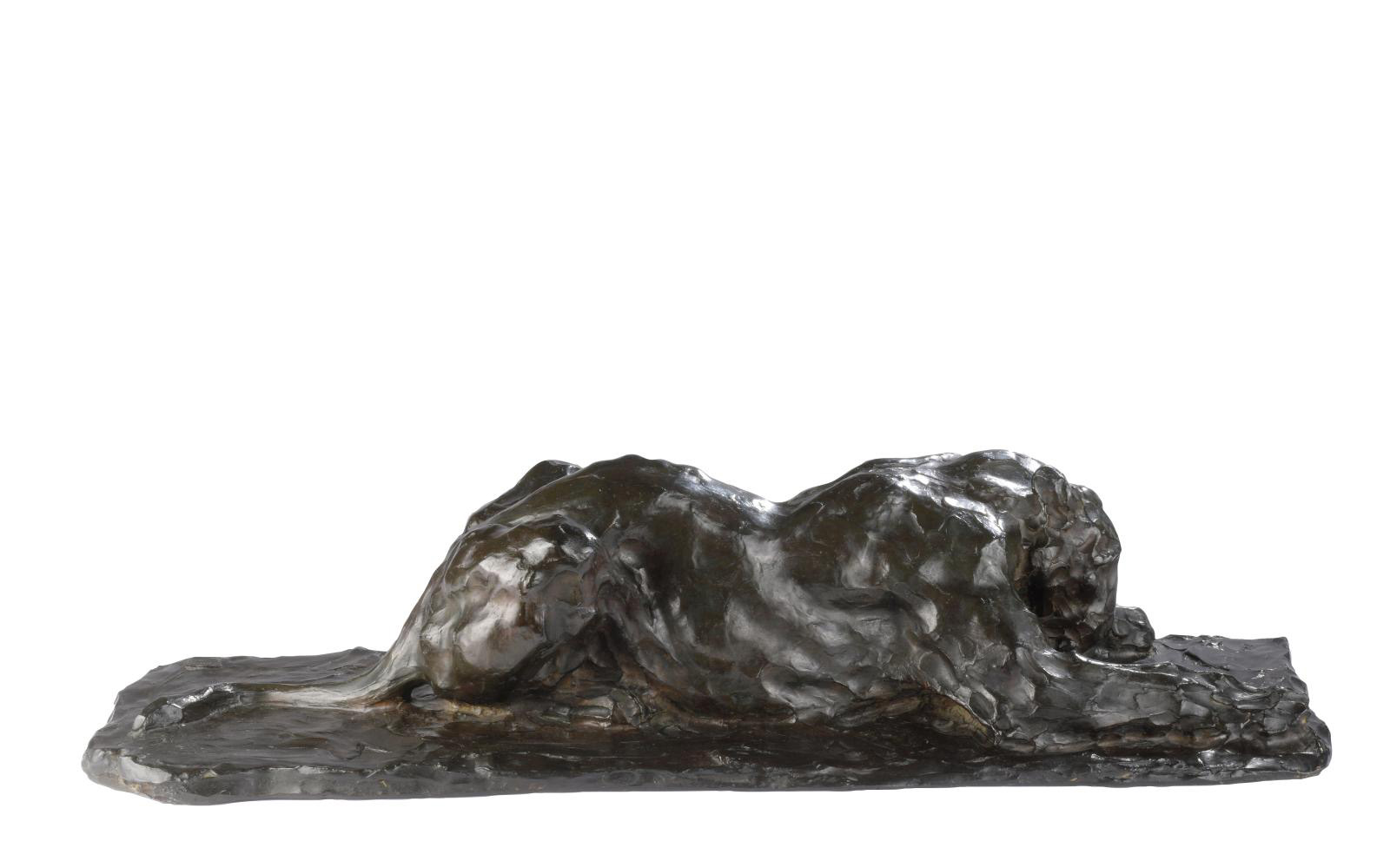 The appearance on the market of a Rembrandt Bugatti bronze belonging to a first edition cast between 1904 and 1934 by his exclusive founder, Adrien-Aurélien Hébrard, was bound to cause a stir. The work, which boasts a crystal-clear history, went under the hammer for the first time. A French collector paid €268,750 for Lionne dévorant (Devouring Lioness), a piece from very early on in Bugatti’s career: he had just turned 20. Bugatti sculpted the beast with brisk movements that express the full measure of its power. The Musée d'Orsay has a plaster model of a Devouring Lion made between 1904 and 1912. Such a depiction of the predator is relatively rare for the artist, who preferred to portray his felines in a more placid light.

A work by Philippine artist Oscar Zalameda drew much interest from his compatriots. Abstraction en rouge (Abstraction in Red), the most coveted of his six paintings, which totaled €96,125, fetched €38,750 (81 x 100 cm/31.89 x 39.37 in). Zalameda, who studied in San Francisco before attending the École des Beaux-arts in Paris, became famous in the 1960s, creating vibrant mosaics of colors in superimposed planes. The sale also featured furniture and collector cars. André Sornay’s creations stood out, including a dresser cabinet and a set of Oregon pine chairs that fetched €14,375. A 1949 Delahaye 135 M cabriolet did not find a buyer, but a 1987 Porsche 911 Carrera 3.2 did at €69,711, thanks to its entirely original features, from the seats to the engine and metallic gray paint.

PAINTINGS, FURNITURE & ART OBJECTS
Le Floc'h
Info and sales conditions
Catalogue
Newsfeed
See all news
Rubell Museum to Expand with Second Collection in Washington D.C.
Ancient Ceremonial Artifacts Found at Egypt’s Temple of the Pharaohs
The Villa Albertine Opens in New York
Colnaghi Gallery Prolongs Exhibition Exploring Connections between Spanish Art and the New World
Not to be missed
Lots sold
From the Living Room to the Bedroom: Cannes-Style El…
The sale of the entire stock of furniture from a château in the…
Lots sold
The Art of Fin-de-Siècle Jewelry
In Lyon, two imposing necklaces conjured up the balls and evening…
Lots sold
Impressive Dutch Style Marquetry and an 18th-Century…
In Lorraine, the contents of a very fine residence set off to new…
Lots sold
Valtat: The Virtuoso of Color
The painter, famous for his vivid landscapes, was celebrated through…