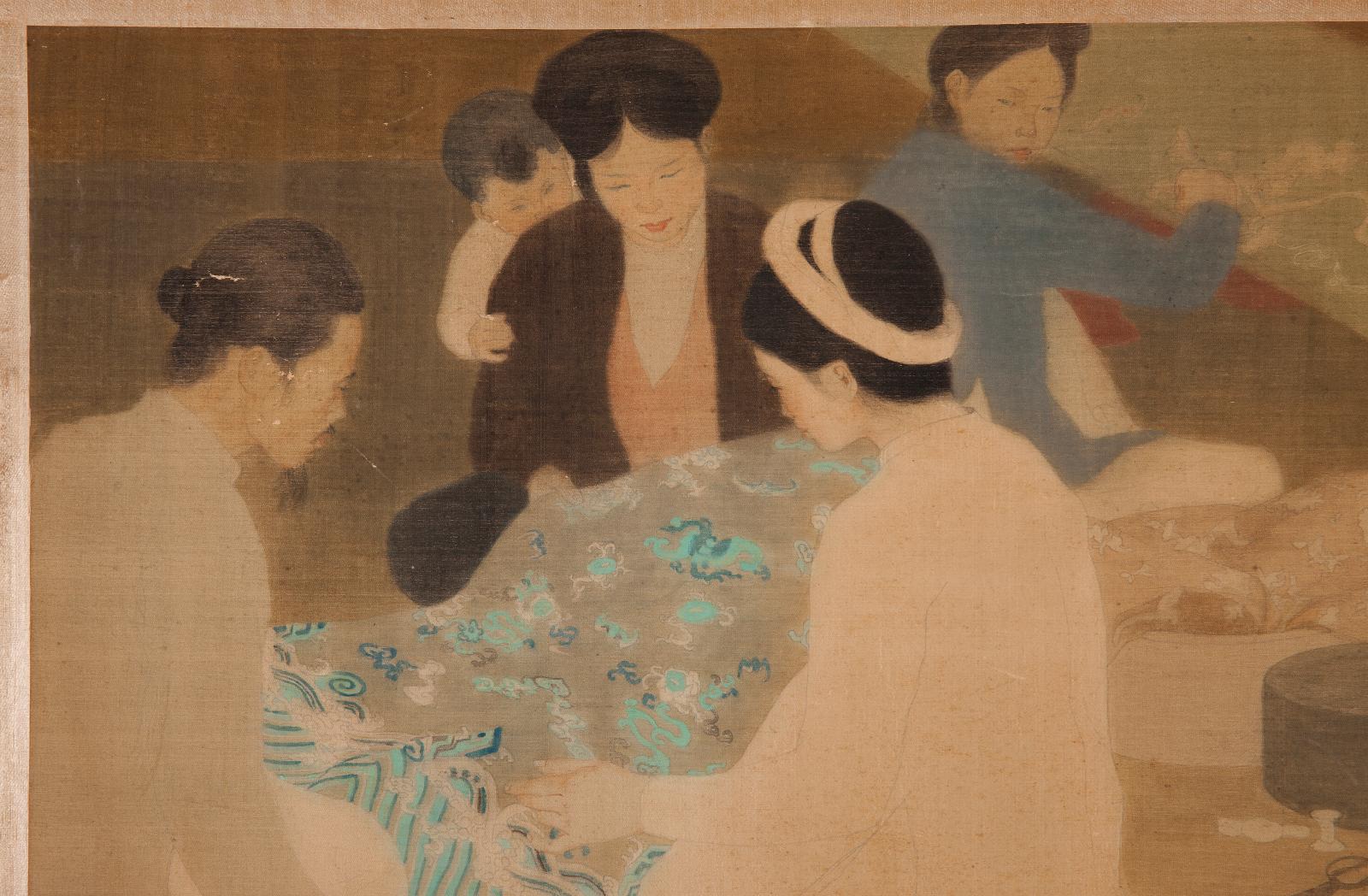 A painter trained at Hanoi’s School of Fine Arts and an artist who taught there were crowned by success at this sale focusing on Vietnamese modernity. The former, Luong Xuan Nhi (1913-2006), took a different career path than that of other students. After graduating in 1937, he spent two years in the USSR and, on his return, painted realistic social scenes that brought him fame in the new Vietnam. This work, "The Embroidery Studio", is from his early period, when he trained his sensitive eye on traditional society. His gentle, natural depiction of the workshop features soft tones and an ancestral material, silk. It fetched €526,760, a world record (source: Artnet) and an honour it shared with a lacquer work by Alix Aymé, which sold for €182,000.