The Flight of Jean Dunand's Horses

In carved lacquer on a gold background, this group of three mares captured in full gallop far exceeded expectations. They were accompanied by a mythological figure drawn by Charles Le Brun (1619-1690). 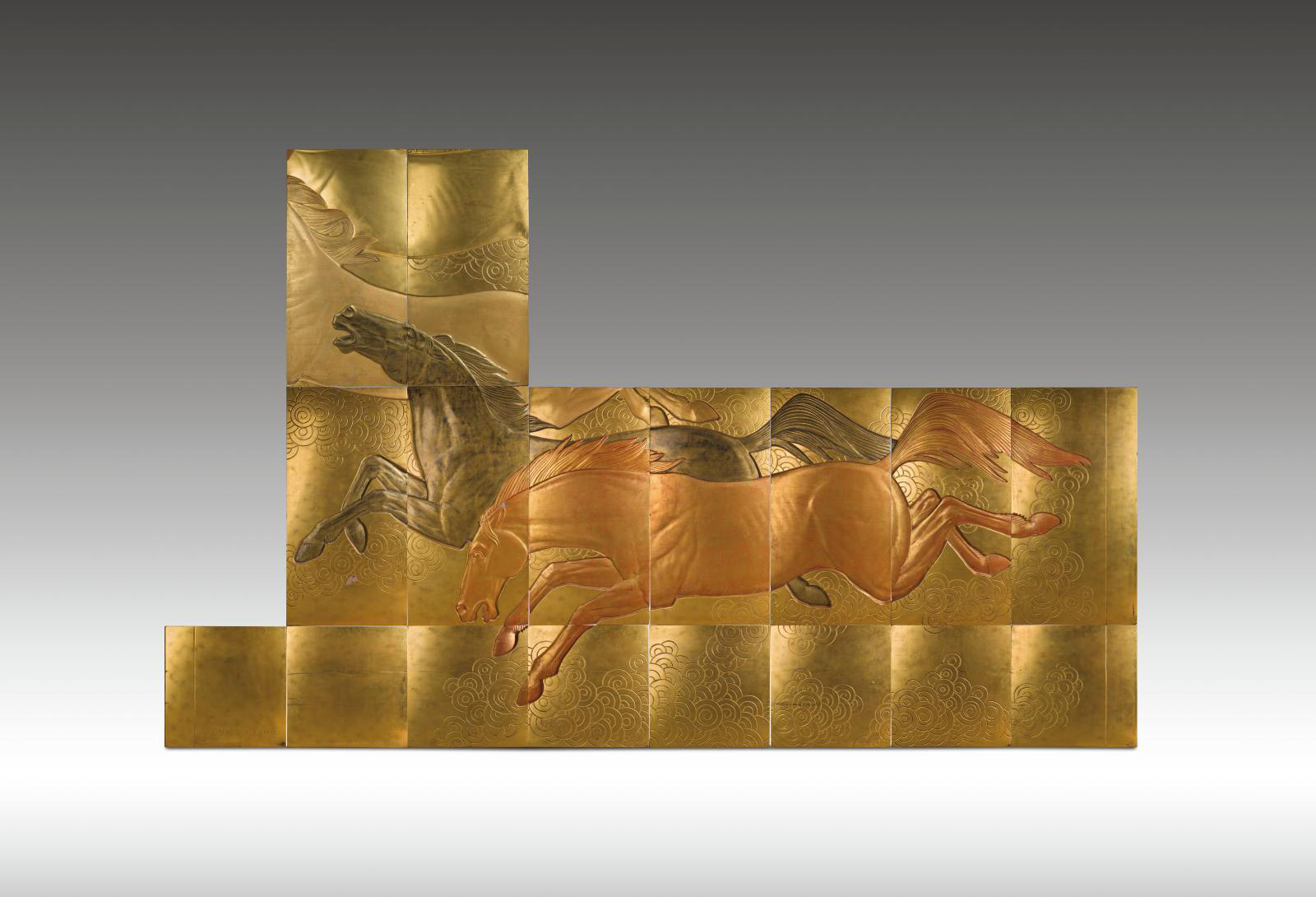 This remarkable set of eighteen panels designed in 1934 for one of the most splendid ocean liners of all time, Le Normandie, more than tripled its high estimate when a European collector paid out €924,000. Jean Dunand's monumental Art Deco pieces are the remains of a set entitled La Conquête du cheval (The Conquest of the Horse), which adorned a wall in the smoking-room along with Les Vendanges et la Danse (Grape Harvest and Dance). Carved in low relief in gold and colored lacquer, these panels escaped the fire that ravaged the ship in New York's port in 1942, because they had been dismantled shortly before.

One of Dunand's great predecessors in the decorative arts also featured in the sale: Charles Le Brun, who supervised the ornamentation of Louis XIV's, the Sun King's, residences, such as the Chateau of Versailles. Here we saw the auction debut of a preparatory drawing for Le Réveil des eaux ou Le Triomphe de Neptune et d'Amphitrite (The Waters Awake, or the Triumph of Neptune and Amphitrite), executed for the Apollo Gallery in the Louvre starting in 1663. The study of a figure from the back with reworkings in red chalk on the arm (25.5 x 37 cm/10 x 14.5 in) fetched €43,200.