The Berjonneau-Munoz collection fulfilled all its promises

What flowed from this shamanistic cup was not deer's blood, but a rich result of €142,399… The sale of the Berjonneau-Muñoz collection of pre-Columbian art, expected to be a key event of the new autumn season at Drouot, fulfilled all its promises with a final result of €2,005,228 including buyers' premiums. 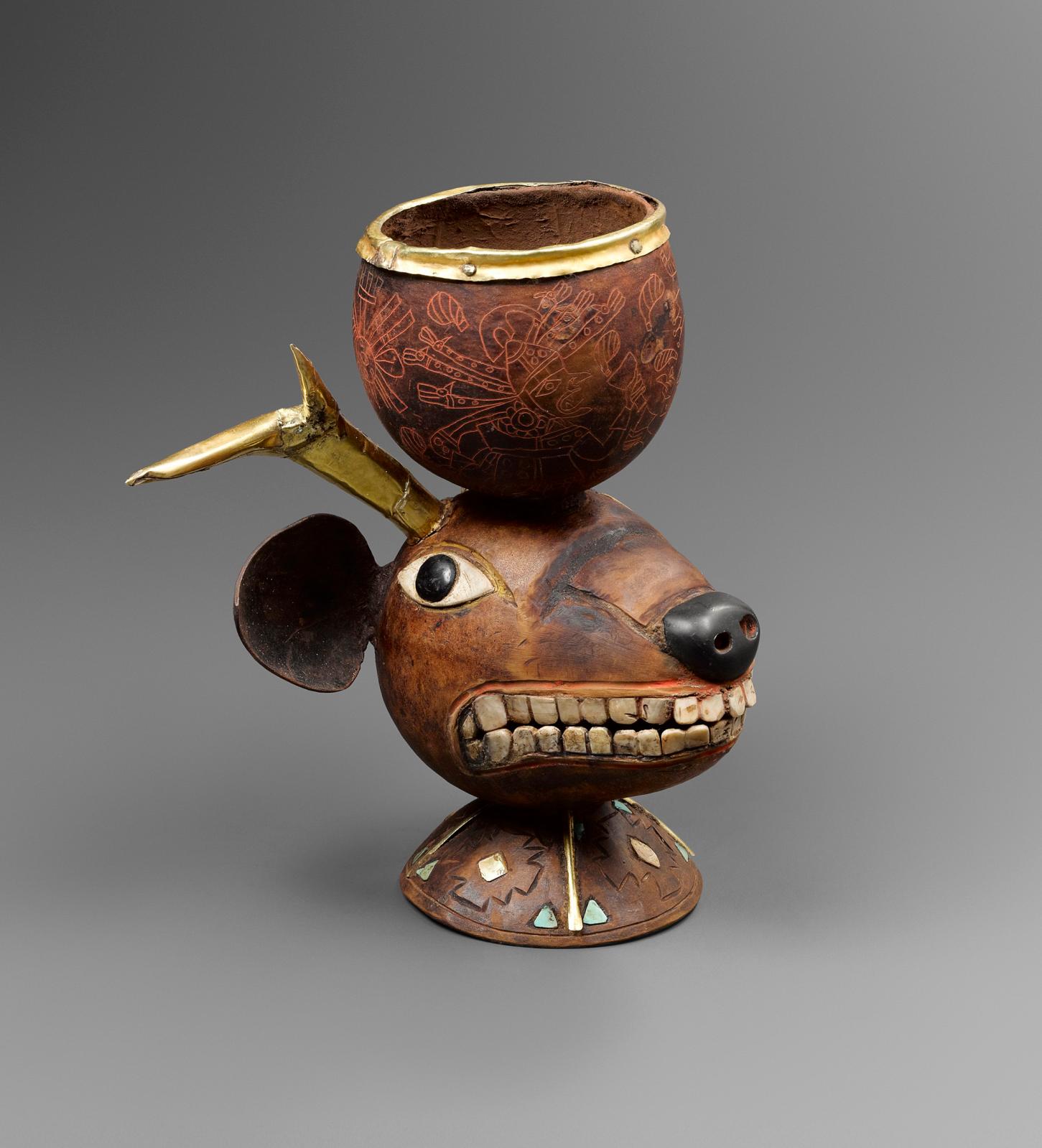 All the major pieces were sold. €199,999 went to an anthropozoomorphic idol personifying the god of wind, a stone statue considered by the collector as a "masterpiece of Aztec art," and €72,800 to a brown basalt Teotihuacan dignitary's mask. Pre-Columbian peoples were keen practisers of sport, particularly ball games: no fewer than 13 pitches have been identified at the site of Chichén Itzá. And though archaeological discoveries have not always elucidated the question of who, victors or vanquished, had the honour of being sacrificed by decapitation at the end of the game, they have unearthed three components in the ceremonial equipment: the "yugos", the "hacha" and the "palma". Gérald Berjonneau built up a fine collection of these spectacular stone items dating from the Classic Veracruz period. The profile of a young warrior carved on a hardstone hacha has come down through the centuries unscathed, garnering €130,000 in all his glory, followed closely, at €119,600, by a "crocodile" palma with a spiralling tail and excrescences radiating towards heaven, like a greeting to the Sun.

Art précolombien, collection Berjonneau-Munoz
9, rue Drouot 75009 Paris
Millon
Info and sales conditions
Catalogue
Salerooms
Results
Newsfeed
See all news
The artist residency Saint-Ange chooses its 2020 laureates
Luxembourg & Dayan and Venus Over Manhattan galleries join forces to open new space in the Hamptons
Guggenheim launches investigation into complaints of racism and mismanagement
Renaissance portraits together again after 125 years
Not to be missed
Lots sold
Auguste Herbin: lover of Paris
When he started out, the future champion of geometric painting dazzled…
Lots sold
Dürer, Rembrandt and Fragonard: Titans of the print
Awaited impatiently since its adjournment on 27 March, the sale…
Lots sold
Talent has no age for Boucher
Good things come in twos! After brilliantly knocking down Jusepe…
Lots sold
Spotlight on Line Vautrin
This “Sun King” mirror confirms the popularity of a designer who…