A World Record for an Indian Runner Duck 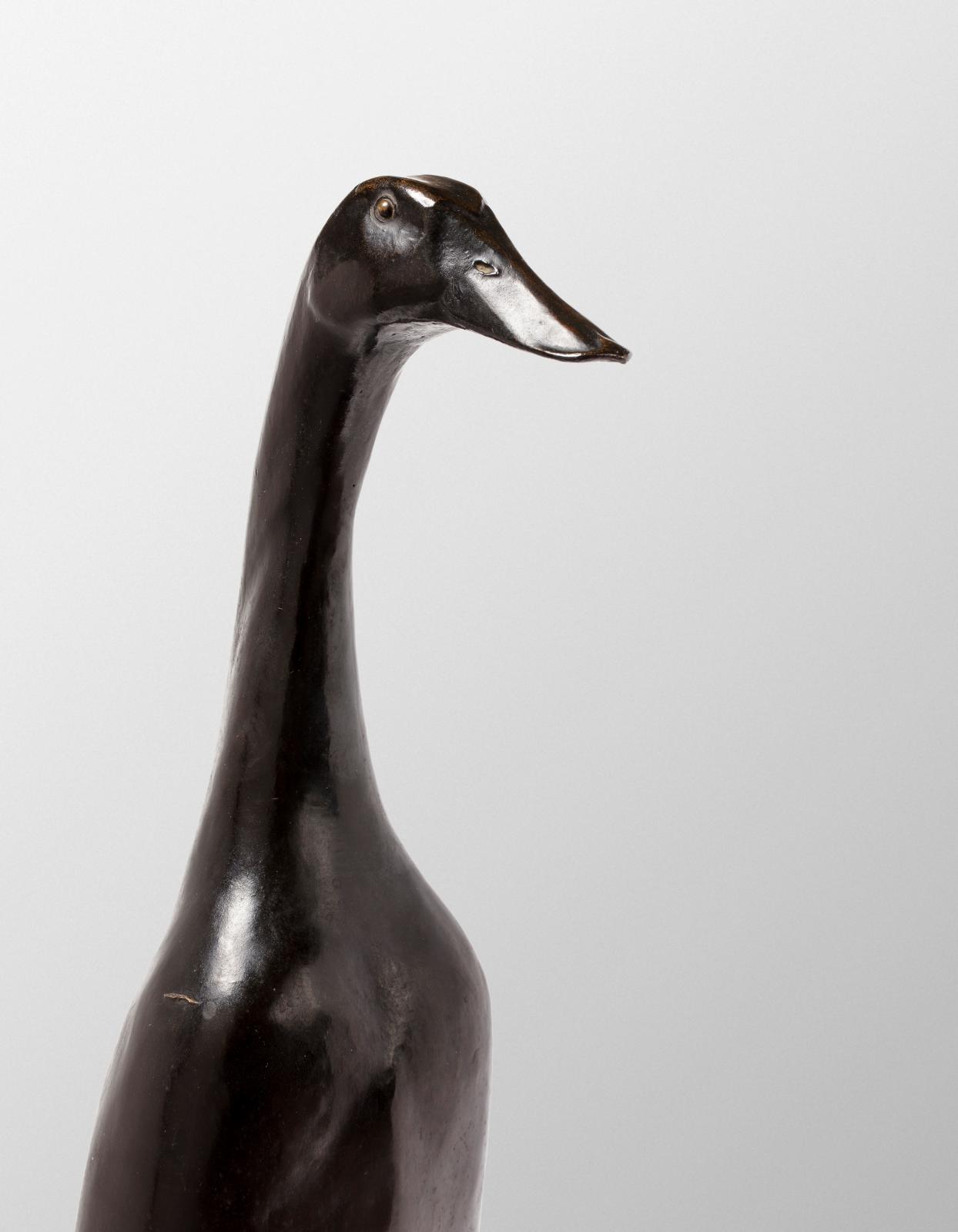 You had to be on your toes to catch this "Indian runner duck" by Charles Artus. The waddler ended the race at €83,200, garnering a world record along the way (source: Artnet). The sculptor began his studies with Édouard Navellier, and continued with François Pompon, preferring the master's volume rendering method. He, too, went right to the essential. Artus stood out for his choice of models. Avoiding the exotic taste in the 1930s for big cats and pachyderms of the savanna, he kept to the fauna of the European countryside, particularly farmyard animals.

ART NOUVEAU
ART DECO
DESIGN
Millon
Info and sales conditions
Catalogue
Salerooms
Newsfeed
See all news
Rubell Museum to Expand with Second Collection in Washington D.C.
Ancient Ceremonial Artifacts Found at Egypt’s Temple of the Pharaohs
The Villa Albertine Opens in New York
Colnaghi Gallery Prolongs Exhibition Exploring Connections between Spanish Art and the New World
Not to be missed
Lots sold
From the Living Room to the Bedroom: Cannes-Style El…
The sale of the entire stock of furniture from a château in the…
Lots sold
The Art of Fin-de-Siècle Jewelry
In Lyon, two imposing necklaces conjured up the balls and evening…
Lots sold
Impressive Dutch Style Marquetry and an 18th-Century…
In Lorraine, the contents of a very fine residence set off to new…
Lots sold
Valtat: The Virtuoso of Color
The painter, famous for his vivid landscapes, was celebrated through…