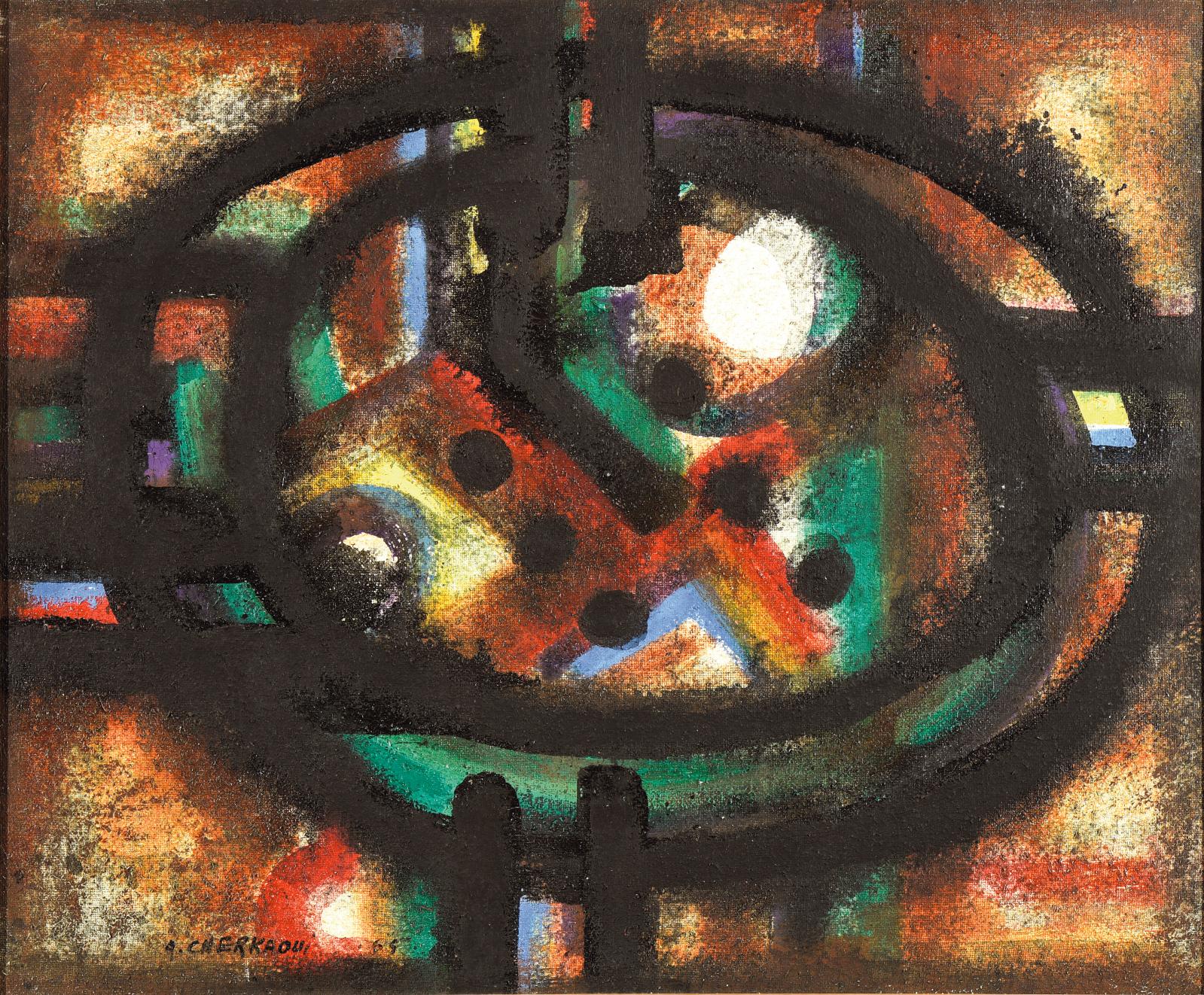 In Lyon, there were great expectations for the sale of 197 lots from the modern painting collection assembled by Jean-Louis and Odette Bernezat. The considerable quality of the works on offer led to a final score of no less than €1,200,000. In the lead, with a world record (source: Artnet), was a 1965 painting by Ahmed Cherkaoui entitled "Al-Mulk", which featured in a solo exhibition in 1996 at the Institut du Monde Arabe, in Paris. Initially given a high estimate of €30,000, the painting rocketed to €550,000… It's true that the work of the Moroccan-born artist, a great proponent of sign-based expression who died at 32, is now highly sought-after. He was also represented by four other more affordable paintings: an abstract composition, again from 1965, on canvas mounted on panel, which fetched  €33,750; a "Composition" from 1966, a mixed media on paper that went for €25,000, and finally another mixed media abstract composition of 1964, knocked down for €21,250.