A collector took the bit between his teeth to acquire this work of a talented young man, only 16 years old, but already galloping towards his artistic maturity. All around, poetry reigned. 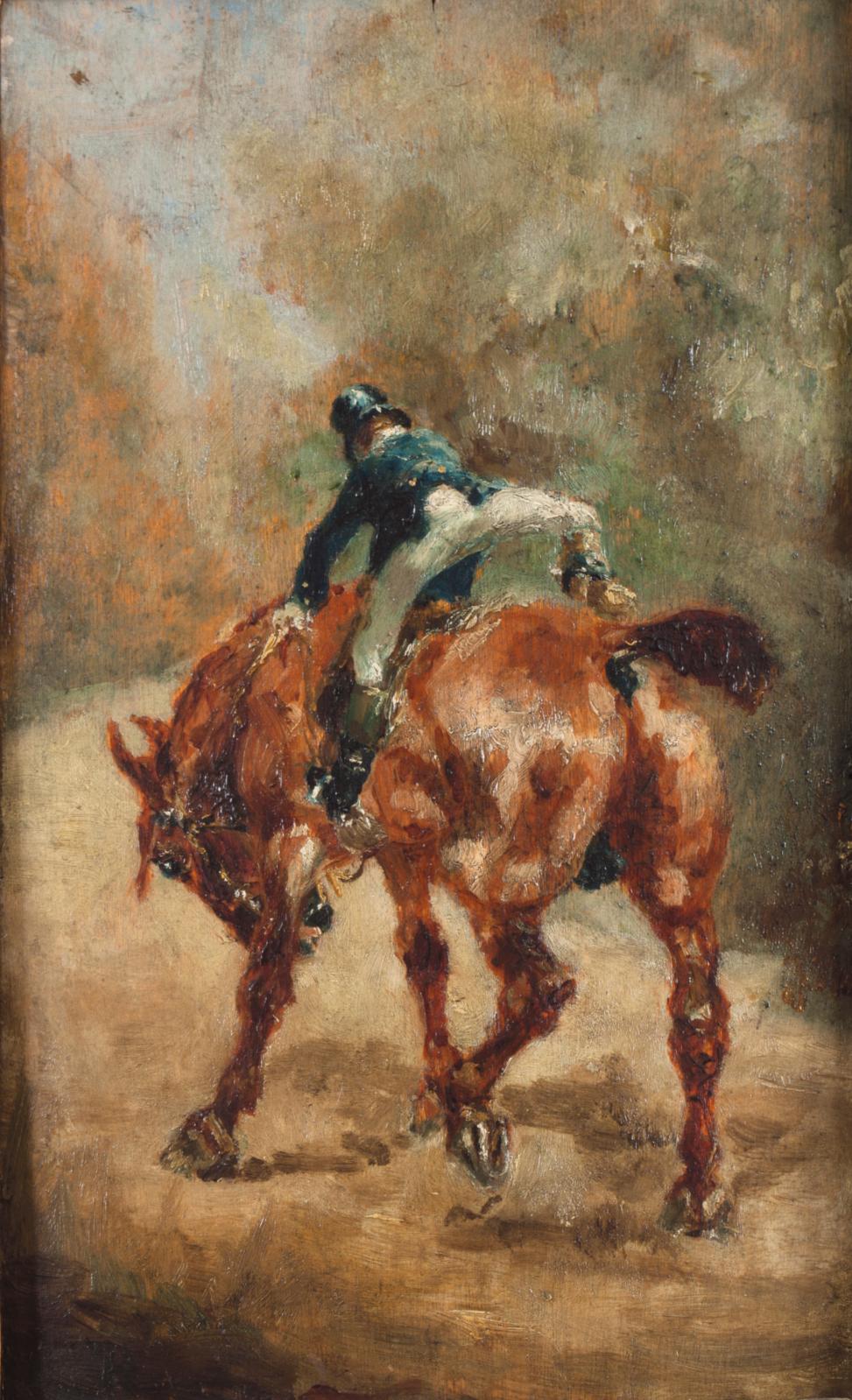 When he painted this little panel of a Jeune cavalier enfourchant sa monture (Young Rider Mounting his Horse) at the age of 16 yrs old, Henri de Toulouse-Lautrec was the pampered son of a countess. But an incurable disease was already eating away at him. Though he could not slow its progression, he threw himself body and soul into painting. This work—a rediscovery—is all the more moving because of its subject. The small rider, though seen from behind and unidentifiable, represents the artist himself and the passion for horses he was forced to give up. The stallion, clearly following in Géricault's line, pulsates with a burning energy: nostrils quivering, it is poised to leap wildly forward as though seeking to cheat impotence in the face of sickness. The small, masterfully executed oil painting careered towards a final bid of €183,000.

Alongside it in the sale, a far calmer seascape, Marine à l'île de Groix  (Sea at Groix Island) (44 x 61 cm/17.3 x 24 in) by Polish aristocrat Ladislas Slewinski (1854-1918), garnered €74,100. He was one of the artists who came from all over Europe to follow the lead of Paul Gauguin and Emile Bernard in Pont-Aven. In 1890, he stayed at Marie Henry's inn in Le Pouldu, and made friends with Irish artist Roderic O'Conor. Through its visual simplicity and atonal light, this painting, exhibited at the Pont-Aven museum in 1981, combines the fundamental synthetism and Slavic soul of its creator.

There is also a great deal of poetry in an oil painting by Albert Marquet (1875-1947) done while the painter was in Egypt, which earned him €54,600. In February 1928, tired of official receptions, Marquet decided to leave Cairo and go to Aswan. He stayed at the Old Cataract Hotel and painted several views of the Nile and Elephantine Island, including this Nile at Aswan (32.5 x 40.5 cm/12.7 x 15.9), which is both calm and luminous. 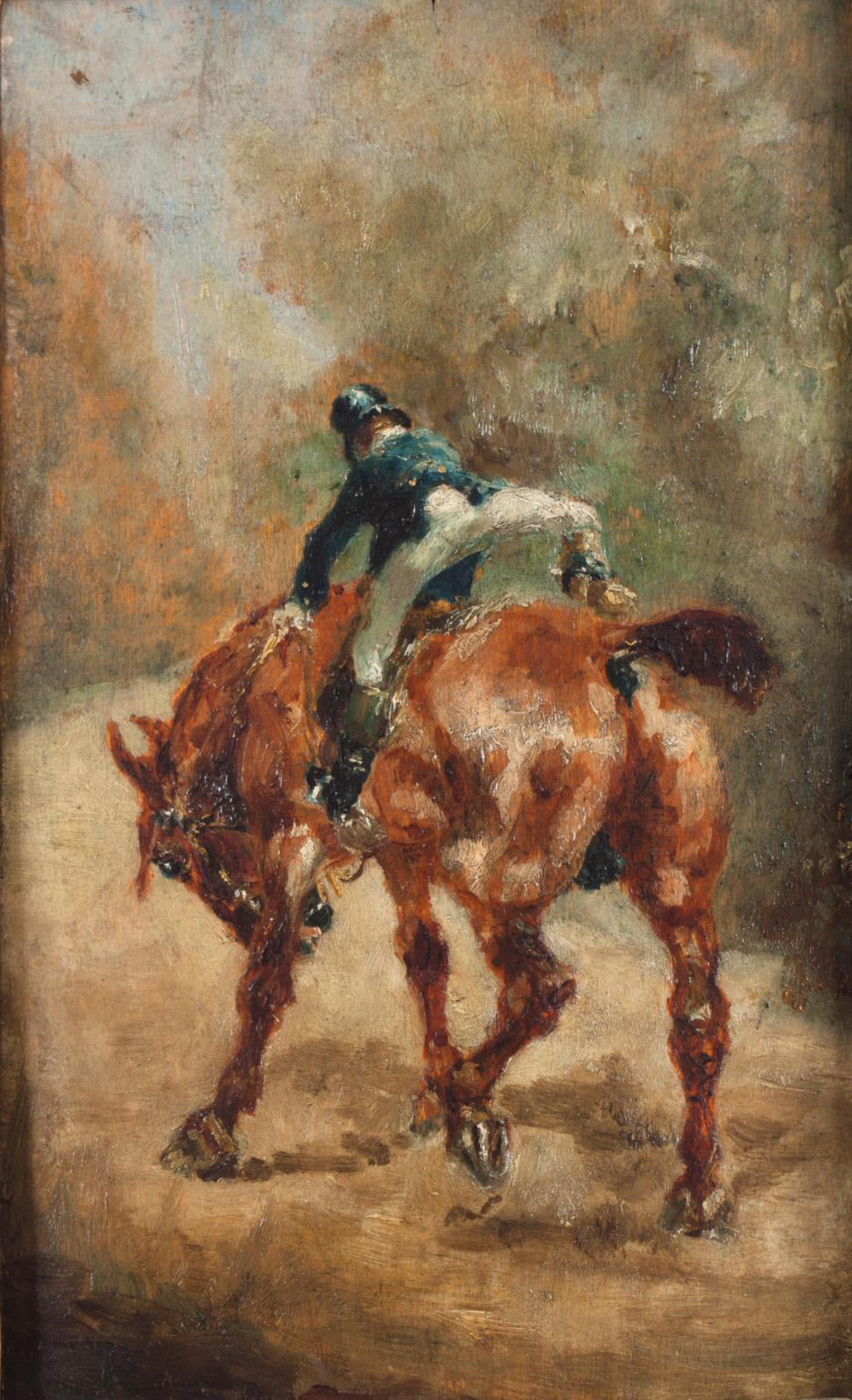 Judging by the artist’s age, 16, when he painted this galloping rider, talent is not a matter of years.

Newsfeed
See all news
Photography Scholar and Former Princeton University Art Museum Director Peter Bunnell Dies Age 83
Panhandle-Plains Historical Museum Appoints Deana Lowe Craighead as Curator of Art
Hana Miletić and Caleron Clayborn Receive Baloise Art Prize
Josef Koudelka Gifts 2,000 Works to Czech Museums
Not to be missed
Lots sold
From the Living Room to the Bedroom: Cannes-Style El…
The sale of the entire stock of furniture from a château in the…
Lots sold
The Art of Fin-de-Siècle Jewelry
In Lyon, two imposing necklaces conjured up the balls and evening…
Lots sold
Impressive Dutch Style Marquetry and an 18th-Century…
In Lorraine, the contents of a very fine residence set off to new…
Lots sold
Valtat: The Virtuoso of Color
The painter, famous for his vivid landscapes, was celebrated through…