The Belgian master cultivated mystery, making play with different levels of interpretation. Some famous American faces appeared beside him. 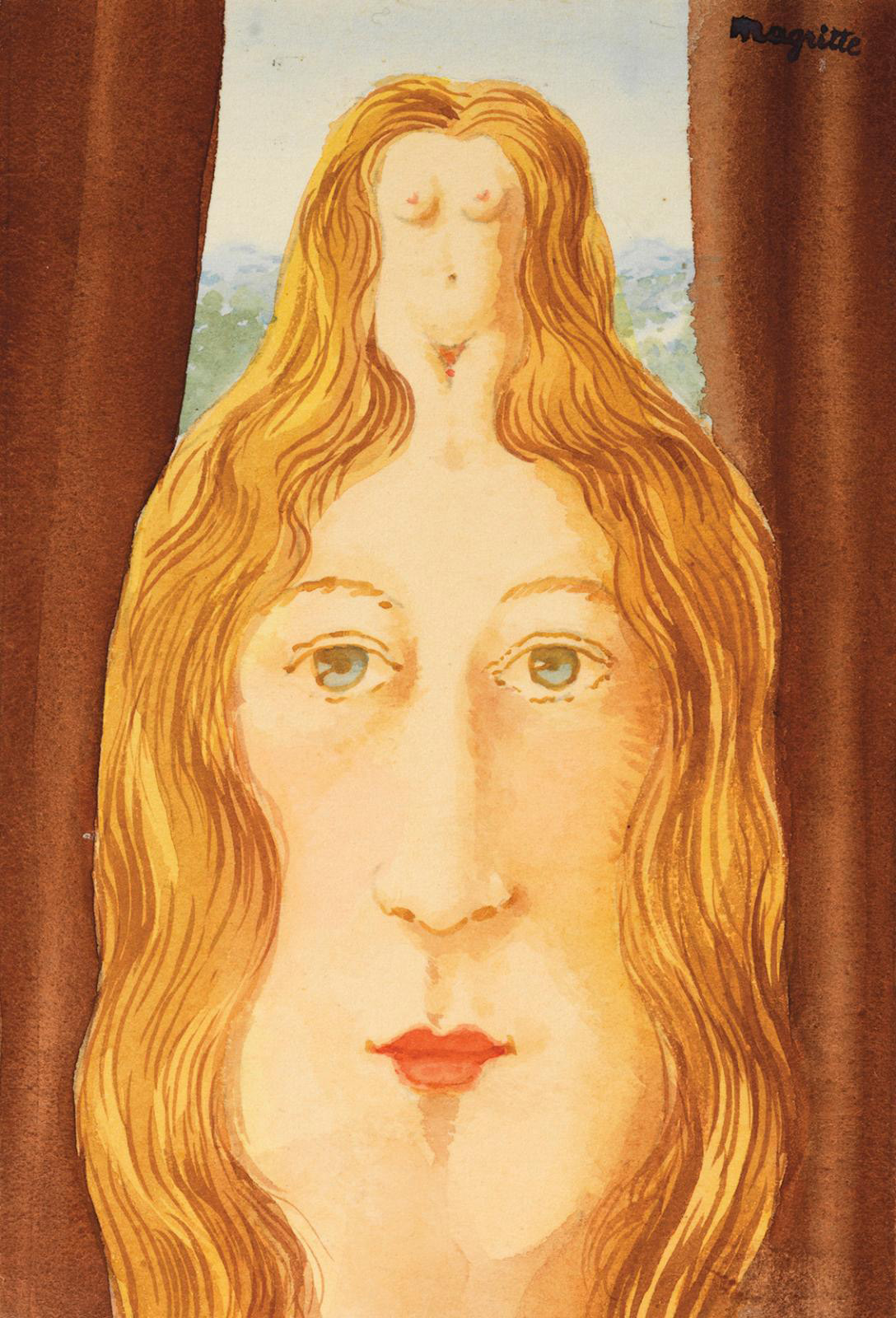 The program spanned the entire pictorial 20th century, fetching a total of €1,798,791. Top place at €547,240 went to this small gouache (14.6 x 10 cm/5.7 x 3.9 in) by René Magritte (1898-1967). This Head with Female Torso executed around 1941 by the Belgian Surrealist master is yet another work requiring keys in order to understand it. It depicts an inverted representation of the body, with the face in the place of the torso and vice versa. He had been developing this idea for several years, putting it on the cover of Breton's 1934 essay Qu'est-ce que le surréalisme? (What is Surrealism?, published by René Henriquez, Brussels), and in 1945 featured it in one of his most famous paintings, Le Viol (Rape) (Centre Pompidou, Paris). The visible and invisible are both present in this fragmented body recomposed into a singular visual alphabet—one that also often used apples, birds, clouds and bowler-hatted men. The point of this poetry was to convey the difficulty we have in making external reality coexist with the images in our minds. Magritte put it like this: "My paintings are visible thoughts. These thoughts are formed exclusively by the figures the world shows me. These figures are brought together in an order that evokes mystery." However, what interested him was not the psychoanalytical theories explored by most Surrealists, but the symbols he endlessly played with. All this leads seamlessly on to Andy Warhol (1928-1987), the creator of the next work, who said: "Everything is more or less artificial. I don't know where the artificial stops and the real starts." Of course, his approach was very different. His unique 1978 silkscreen print on Saunders paper of Marilyn Monroe (85 x 63 cm/33.4 x 25.6 in) in a negative print fetched €314,510. Remaining on the other side of the Atlantic, we find another female face, this time produced by combining acrylic, flocking, neon and xerography on canvas. In the 1960s and 1970s, American artist Elaine Sturtevant (1926-2014) became well-known—while stirring up controversy—for reinterpreting the works of her famous contemporaries like Warhol, Lichtenstein and Rauschenberg. This Raysse Peinture à Haute Tension (Raysse High Tension Painting, 162 x 96.5 cm/63.7 x 38 in) from 1968-1969, one of an edition of eight, was a painting by French artist Martial Raysse (b. 1936) that she reinterpreted. It fetched €156,000.

MODERN & CONTEMPORARY ART
Pierre Bergé & Associés
Info and sales conditions
Catalogue
Newsfeed
See all news
Rethinking the Reconstruction of the Basilica of Saint-Denis
Artist Kader Attia Will Curate 2022 Berlin Biennial
Dallas Museum of Art Will Return Stolen Statue to Nepal
Some California Museums Are Now Tentatively Reopening Their Doors
Not to be missed
Lots sold
A Royal Weapon from the "Valley of Blades"
The sword of a Marshal of France dating to the return of the Bourbon…
Lots sold
A Focus on Latin American Art
Geometric figuration, championed by the Argentinean César Pasternosto,…
Lots sold
Abstraction and Spirituality with Geer Van Velde
Two days were devoted to a sale evoking modern and contemporary…
Lots sold
From a Festive Crinoline to a Graphic Swimsuit
The sale of Gilles Labrosse's extensive collection continued in…