The Irresistible Rise of an Imperial Dragon

This blue-enamelled white porcelain flask is as imposing for its size – 50.3 cm – as for its imperial origin, which quickly pushed up the bidding. 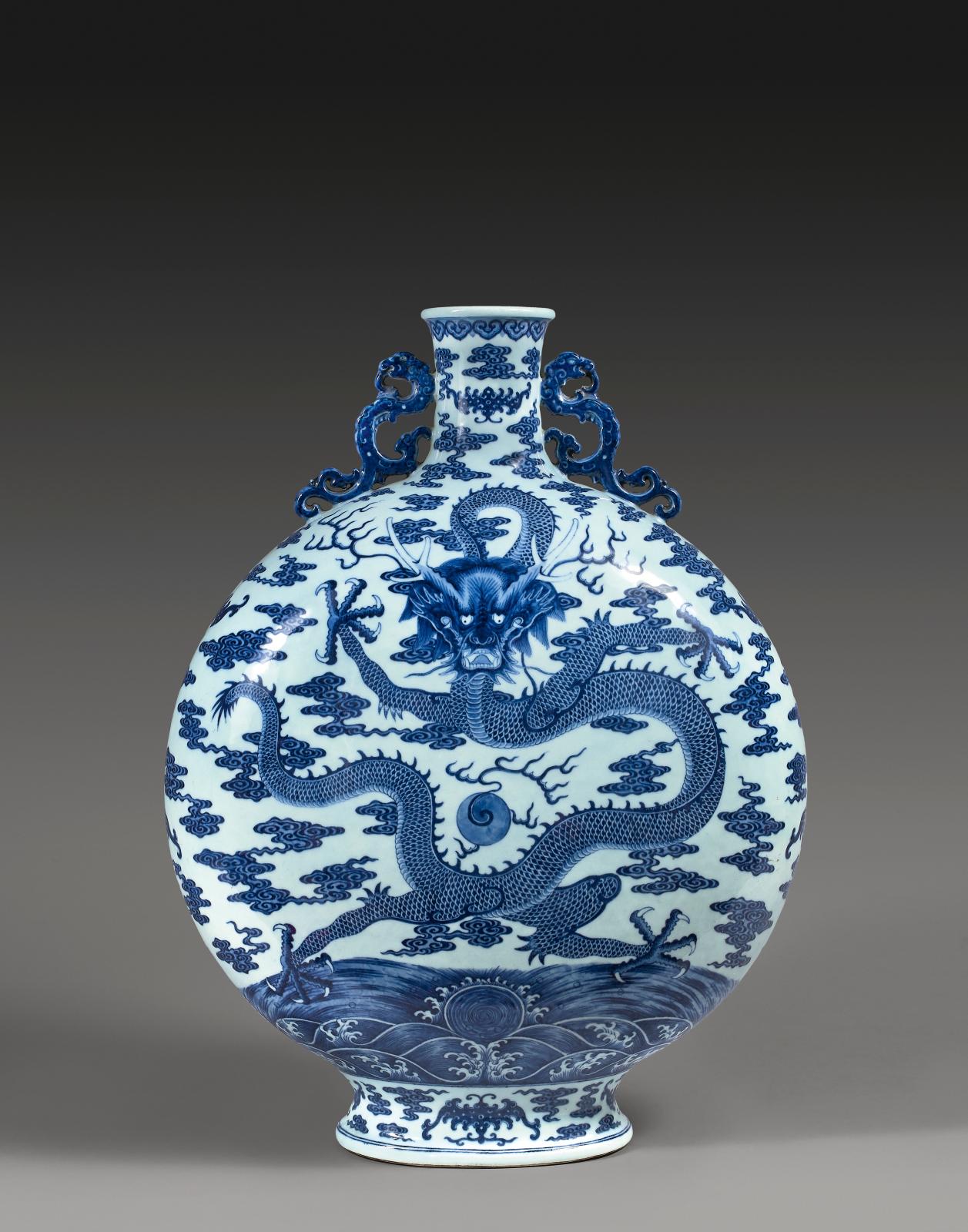 A Chinese phone bidder paid €4,937,200 for this bianhu (moon vase) flask estimated at one to two million euros. That brilliant result places it just after a flask from the same period sold by Rouillac in 2018 for €5,084,000. Our bottle also has Emperor Qianlong's highly sought-after blue mark under the foot. The haunting frontal presence of a five-clawed dragon, an imperial symbol, confirms its prestigious origin – an additional asset. Sold in Bourges, it appeared in a family of French industrialists around the Second Empire. One of a pair, its counterpart, with an inverted pattern, is in a private collection. 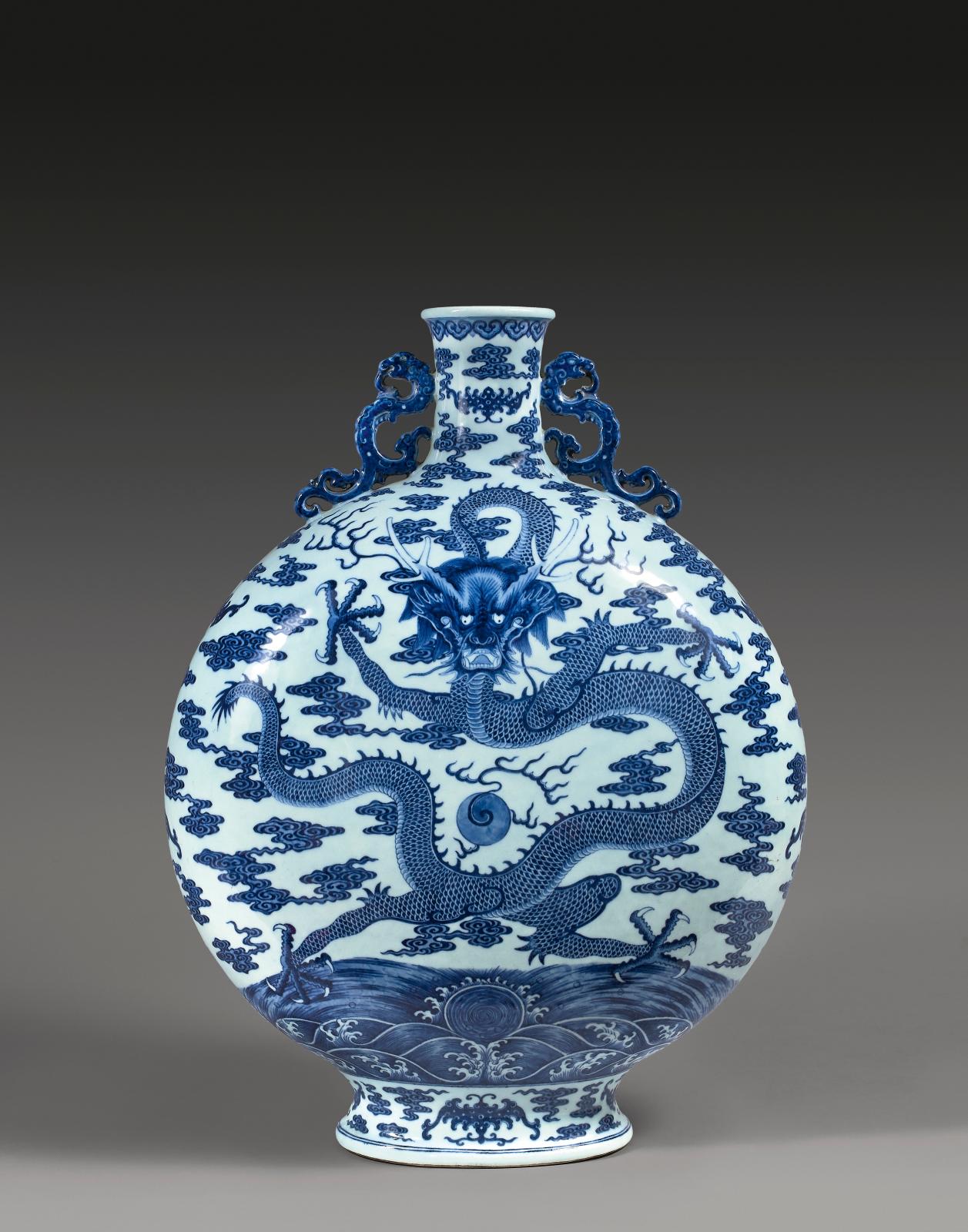 When a Dragon is a Pearl of Great Price…