Bernar Venet and the Vitality of Modern Drawings 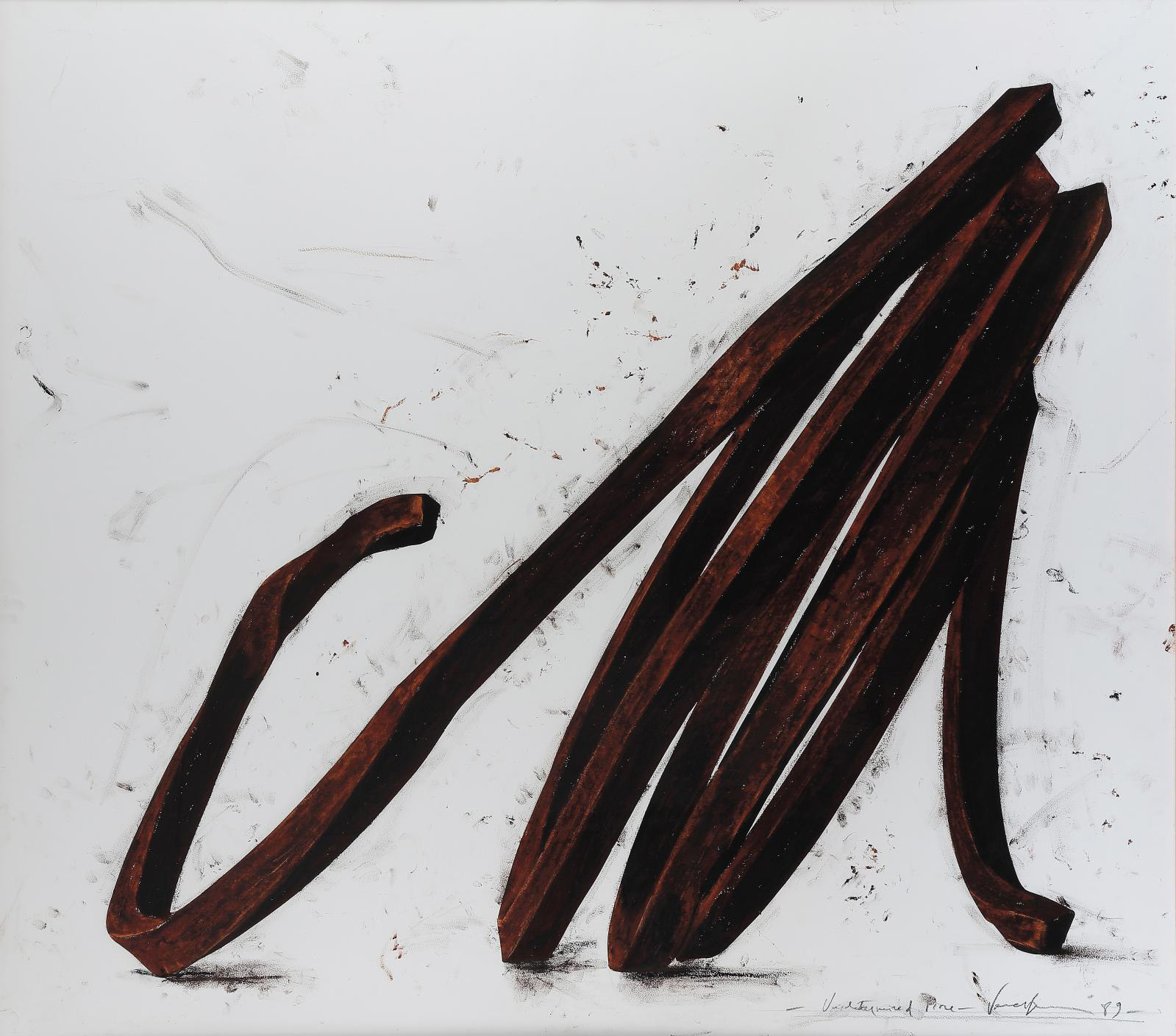 Later, a large gouache drawing on paper by French artist Bernar Venet (b. 1941) fetched €102,400. Made in 1989, it was sold by the Louis Carré Gallery and reproduced in the Templon Gallery’s 1990 catalog—a very fine pedigree that clearly worked in its favor. Bernar Venet, a conceptual artist famous for his metal sculptures and explorations of different materials (coal, asphalt, etc.), transposed the volume of his works to the two-dimensionality of paper. In the 1960s, his keen sense of intellectual abstraction and penchant for experimentation earned him a special place in the contemporary art world and paved the way to success. He continued to chart his course and, around 1980, established the basic structure of his Undetermined Lines. Made of steel, they can be found around the world, from Paris to Tokyo, San Francisco, Austin and Berlin, as well as in drawings in highly specialized collections.

Print the article
Newsfeed
See all news
NFT Project by Digital Artist Pak Sells for $91.8M
Billionaire Collector Surrenders 180 Stolen Antiquities
World Record for Domenico Gnoli at Drouot
The Louvre Snaps Up Red-Figured Amphora from the Bellon Collection
Not to be missed
Lots sold
Lalique’s Inspired Art Nouveau Jewelry
At this Chartres sale, watches and jewelry rivaled each other in…
Lots sold
In Search of Chartreux’s Secrets
This sale of French wines and liqueurs in Beaune, Burgundy, was focused…
Lots sold
Cartier, Lord of the Ring
All eyes were on this Art Deco creation: an extremely refined piece…
Lots sold
Monastery Refectory Furniture with an Unusual…
Renaissance furniture finds a new home after leaving the Metropolitan…