Preemption by the Louvre beneath Akhenaton's gaze 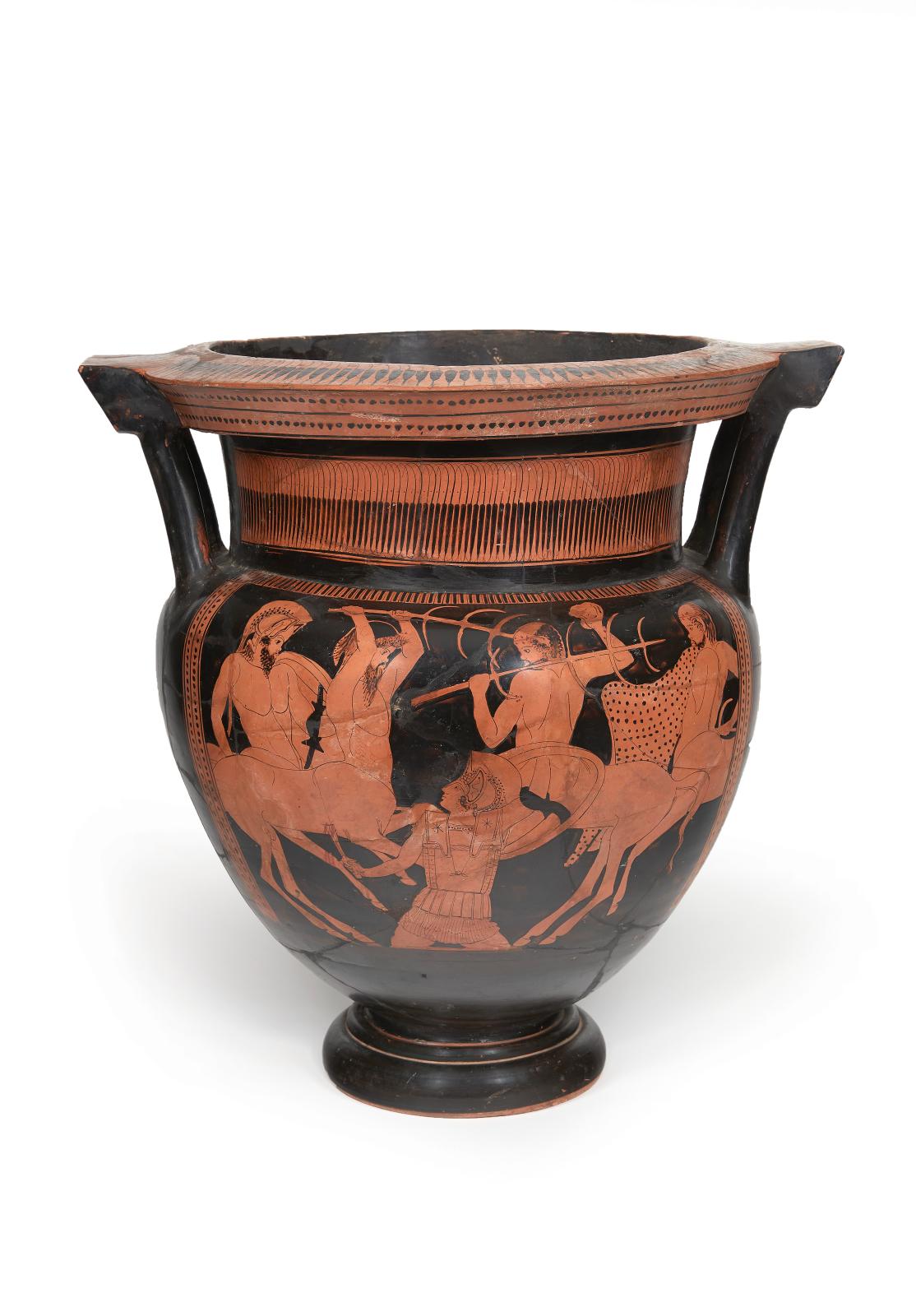 Attributed to the Painter of the Louvre Symposium", Attic, 5th-century BC (450-440), krater with columns in black-glazed terracotta with red figures, decorated on one side with a centauromachy scene with Kaineus, and on the other with three young men standing in conversation, h. 47.5 cm (detail).
Result: €71,500

A total of €1,677,546 for the two days devoted to classical archaeology by Pierre Bergé & Associés, and considerable satisfaction with the Musée du Louvre's preemption of this Attic krater with columns. The Paris museum has been assiduously adding ceramics to its Greek art department over the last few months. Already, on 16 May 2018 (with the same auction house), it acquired two glazed black figure amphorae in terracotta, attributed to the Leagros Group, for €685,300. Egypt was also in the limelight, notably beneath the gaze of the pharaoh Akhenaton (€104,000, see photo C), with a fixed profile, as appropriate, but lacking the khat wig, originally inlaid and of another colour.