The Vengeance of an Egyptian Bull Deity

A change of epoch in no way detracted from the powerful attraction of this head of Apis. 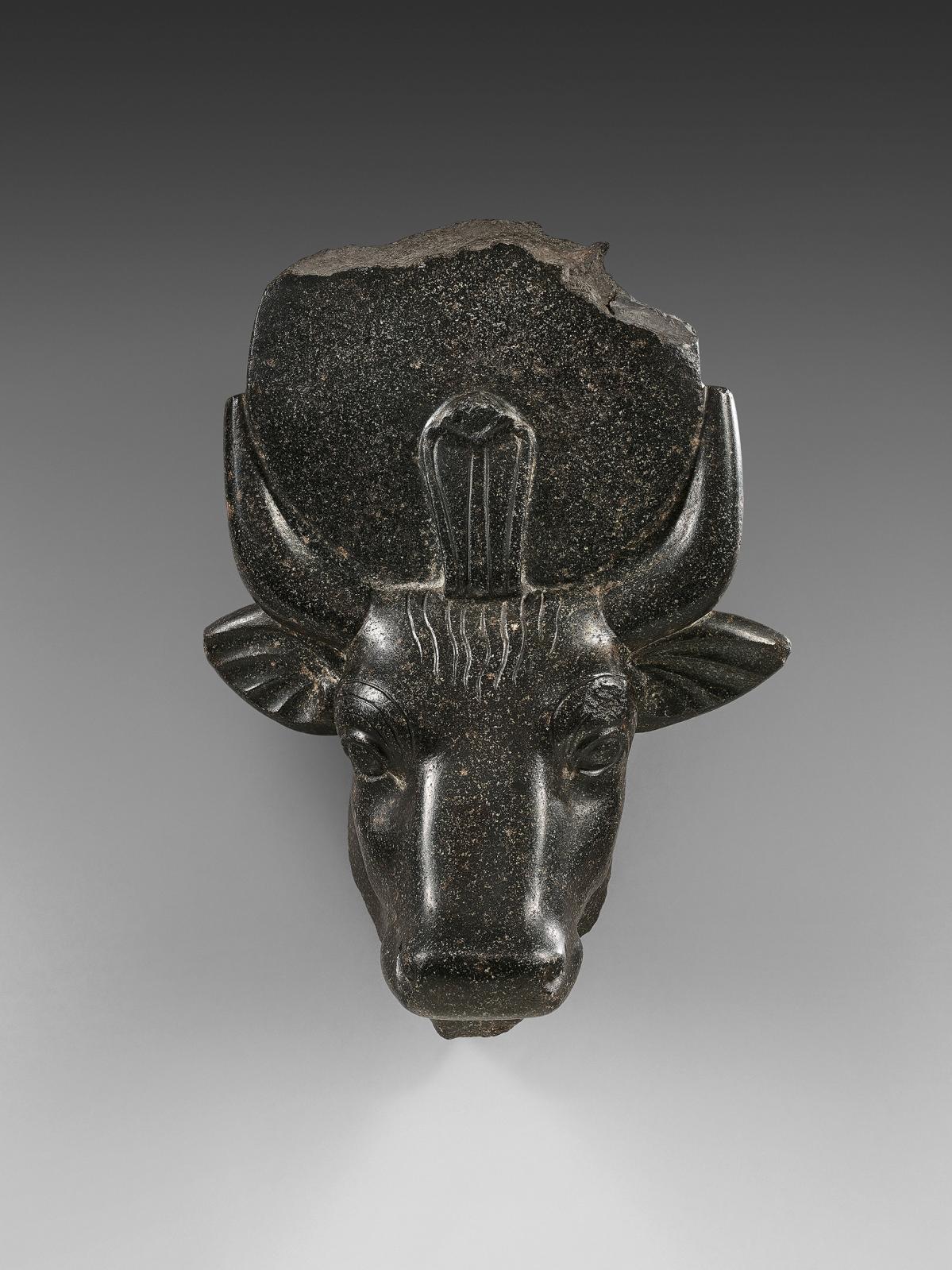 This head of the Egyptian deity Apis crowned with a solar disc and an upright uraeus was initially described as from the 26th dynasty, i.e. between 664 and 525 BCE: a dating supported by the presence of a similar model from this period in the Cairo Museum. But after further studies, the expert revised this date, bringing it closer to the Late Period, during the Ptolemaic era. Buyers clearly showed little concern with this change, as the granodiorite artifact finally fetched €283,360 after a very reasonable estimate of €20,000/30,000. We then remained in Africa but changed civilizations, when a marble statue of one of the Dioscuri with Alexander the Great's features (h. 55 cm), probably executed under the Severan dynasty (193-235 CE,) was rewarded for its slender appeal with €33,488.