Music by Mozart and Gounod from the Aristophil Collection 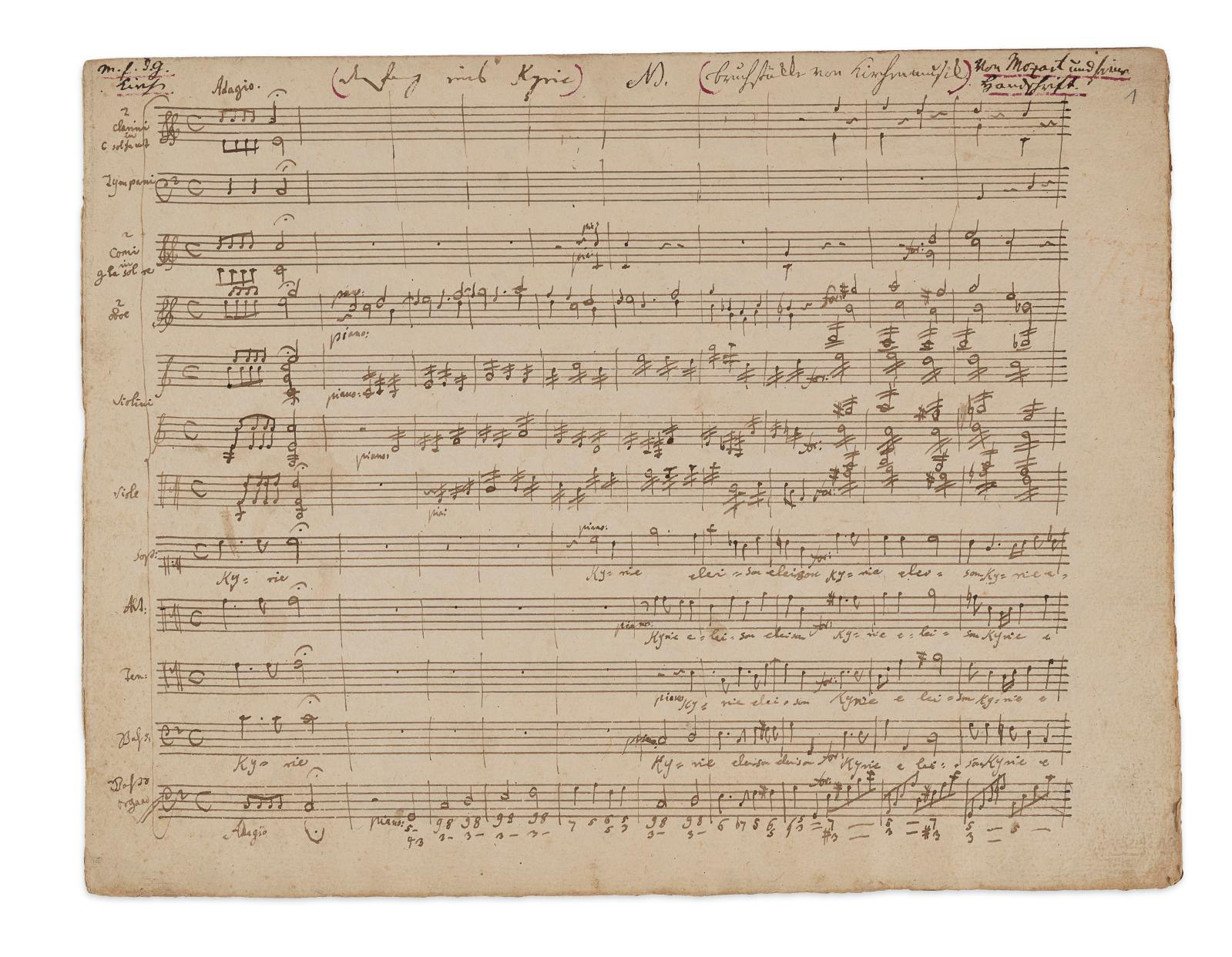 The 46th Aristophil sale at the Hôtel Drouot offered music-loving bibliophiles four autograph manuscripts by Wolfgang Amadeus Mozart. A Kyrie in C from the first draft of a sacred work, with the list of instruments in the margin of the staves on the first page, reached the highest note at €390,000—much lower than the range of estimates. Next, two pages of the part of the first trumpet in the 31st Symphony, the "Paris" symphony, sold for €286,000. It was written in D major and hand-titled Sinfonia by the composer. On June 18, 1778, the feast of Corpus Christi, Mozart conducted the premiere in Paris for the Concert-Spirituel, which was met with a barrage of thunderous applause. The piece was published shortly thereafter by Sieber.

Part two of the sale focused on Charles Gounod, featuring manuscripts and archives tracing much of his career. The autograph orchestral score of his masterpiece Romeo and Juliet found a buyer at €357,500, echoing the chorus singing L'heure s'envole in the introduction. Gounod based the five-act opera, which premiered at the Théâtre-Lyrique in Paris on April 27, 1867, on Shakespeare’s eponymous tragedy. Specialists concur that he perfectly transcribed the bard’s words: the thrill of love runs through his brilliant score. With librettists Jules Barbier and Michel Carré, Gounod sensitively and believingly conveyed the characters’ feelings and offered performers bewitchingly beautiful, sensual and poetic music.