Success for an avant-garde bronze by Auguste Zamoyski, a sculpture emblematic of Formism. 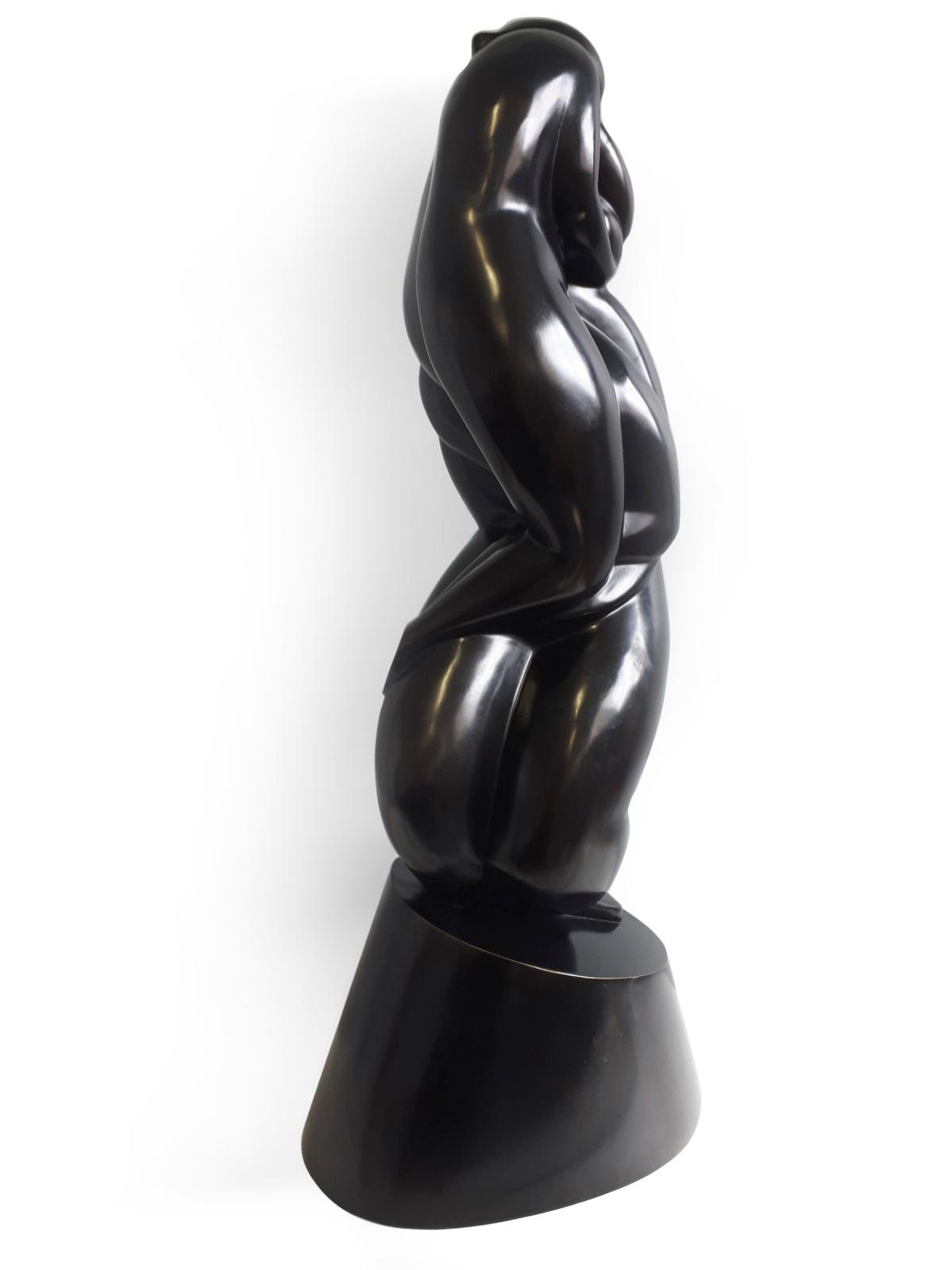 A rebel to conformism, the sculptor Auguste Zamoyski (1893-1970) quickly became interested in cubism and abstraction, which found a favorable echo in the artistic and intellectual circles of his native Poland as early as 1910. He was in search of pure form, and art took on a metaphysical dimension for him. When bidding on this bronze sculpture started at €40,0000, several French and international aspirants were in the game until the price reached €70,000. By then just two were left, both Polish, one of whom finally took it away for €158,000. This bronze cast is undoubtedly a one-off piece made on commission sometime between 1950 and 1970 from a now-low plaster: the first version of Ich Dwoje (Those Two), created in 1919. That year, Witkacy (1885-1939) theorized Formism in his essay New Forms in Painting and the Misunderstandings Arising Therefrom. Zamoyski, who shared his friend’s ideas, participated in creating this avant-garde movement and laid out his own ideas in a 1922 article published in the review Zwrotnica. He suggested a third way between naturalism and abstraction: breaking free of imitation and conventions so that the harmony of nature and that of pure form can become one.

Paintings and sculptures from the 19th and 20th centuries, contemporary art, autographs, coins, furniture from the 18th century, Far East.
Chaville Enchères
Info and sales conditions
Catalogue
Newsfeed
See all news
Record for Carl Moll broken at Freeman's in Philadelphia
Stolen $1.5 M Goldie Painting Recovered Undamaged
Meme Artist Donates $1 M to Planned Parenthood in “Honor” of Rush Limbaugh
A Plea to Save Chantilly
Not to be missed
Lots sold
A Double Victory for the Mercedes "Pagoda" in Vannes…
Cars that have always been highly coveted, from two "Pagodas" to…
Lots sold
Sarah Moon, Atmospheric Photographer
Sarah Moon plays with strangeness to express beauty. This photograph…
Lots sold
Assyrian Statue Takes the Lioness’s Share
The motto "So Unic" made a strong impression with this beast carved…
Lots sold
Caesar of the Antonine Dynasty
A faun was expected, but it was a Roman emperor who reached Olympic…