Benefiting the science of tomorrow

Gearing up for the future, the Palais de la Découverte in Paris reached for the stars with an auction of items telling its story. 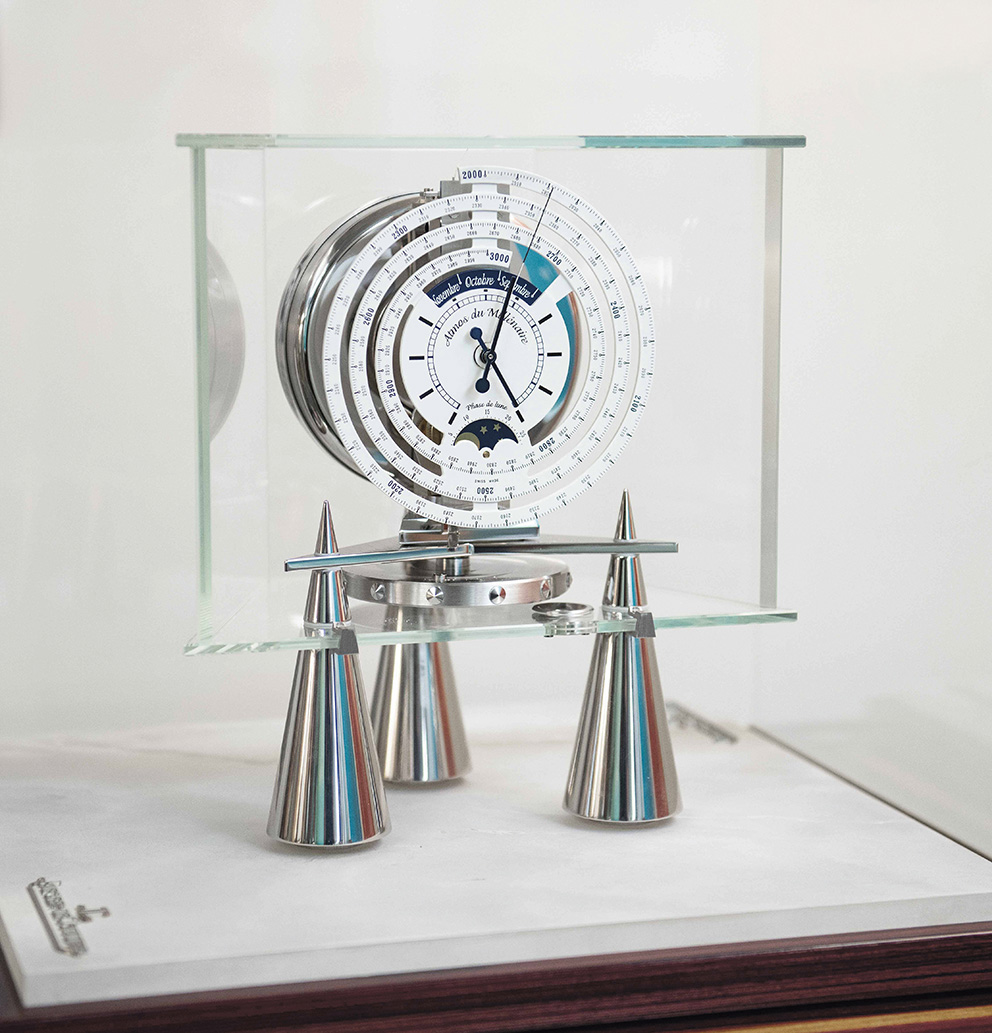 Housed in the west wing of the Grand Palais since 1937, the Palais de la Découverte science museum was in dire need of a makeover. A four-year refurbishment is underway and, after a careful inventory, 150 items were selected for auction. The sale’s proceeds—€212,740—will help pay for new exhibits, an immersive room and a beautiful surprise. The estimates were particularly reasonable and, as with any auction striking a chord in the collective memory, nostalgia played a role. There was something everyone could afford, as prices started in the low hundreds—a sign, "Le Palais de la découverte vous souhaite la bienvenue" ("Welcome to the Palais de la Découverte"), fetched €330. The Room of the Planets was a must. A model of the moon (diam. 90 cm/35.7 in) showing its dark side fetched €6,656. An ornamental decimal from the Pi Room (one of the first 10) sold for €5,192. But the highest bid—€43,660—was obtained by this 1999 Atmos du Millénaire Atlantis clock by Jaeger Le Coultre with a white spiral dial displaying a calendar going from 2000 to the year 3000.