An Imperial Russian chest of drawers and an amazing throne made of antlers recently sparked enthusiasm at the Paul-Louis Weiller Collection sale. 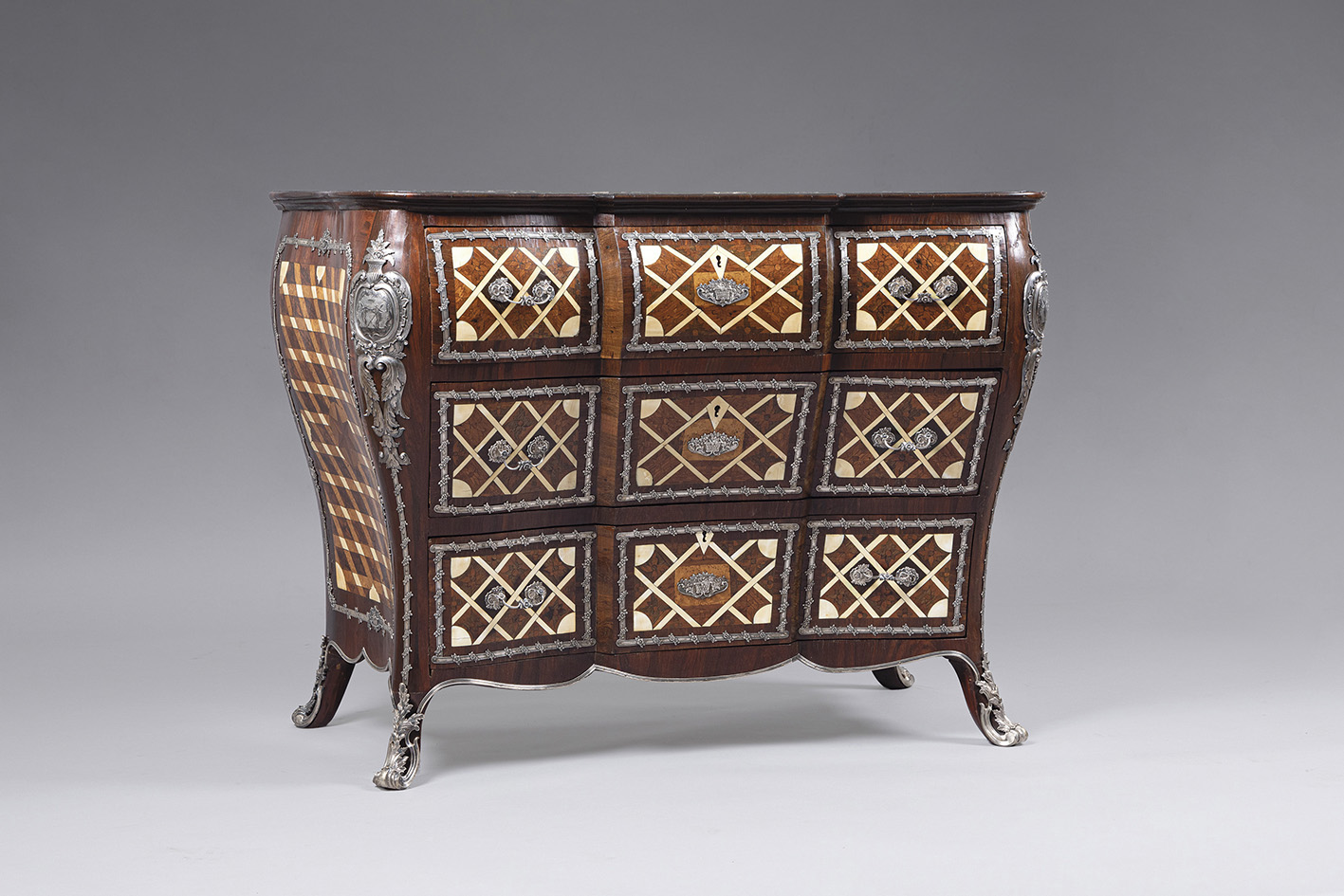 Russian craftsmanship from c. 1762-1765. Chest of drawers with veneering in rosewood, kingwood, ebony and Karelian birch with silver fillets, inlaid with quatre-foils in ivory latticework, repoussé, cast chased silver, top inlaid with a medallion with the ornate monogram of Catherine II of Russia and at the corners of the reserves with the Siberian arms, 77 x 103 x 54 cm/30.3 x 40.5 x 21.3 in.
Result: €325,000

Ten years after failing to sell, this chest of drawers lit up the internet as well as the auction room. It and a thousand other treasures were part of the Paul-Louis Weiller Collection sale. This time, the majestic beauty of the chest of drawers drew many admirers with its marquetry of precious woods and coat of arms that reveal Russian craftmanship. It fetched €325,000, which was expected and justified. The monogram of Catherine II (Catherine the Great, r. 1762-1796) depicted in a medallion inlaid on the top of the chest of drawers attests to its imperial provenance, in addition to the Siberian coat of arms blends into the silver-plated bronze ornamentation. On the other hand, the €208,000 realized for the throne made of interlacing deer antlers, some carved in the shape of dragons emerging from clouds with the additional detail of joints camouflaged by bronze appliques in the form of stylizing bats is much more surprising. Described as executed "in the Chinese taste" does not offer much clarification.

Going back to the great style and beauty of classicism: a pair of imperial red porphyry oval basins (49 x 91 x 78 cm/19.3 x 35.83 x 30.71 in) from an 18th-century Roman workshop fetched €59,800. At the time, they were prized for evoking classical antiquity. Remaining in the princely domain, Nature morte à l'orfèvrerie aux armes des Grimaldi (Still Life of Gold Plate with the Arms of the Grimaldi”, 103 x 122 cm/40.56 x 48.04 in), a large oil on canvas, sold for €33,150. This beautiful painting was signed by the Marseillais Meiffren Conte (c. 1630-c. 1705), a specialist in the genre, which developed extensively in the 17th century with the particularity of including pieces of goldsmiths' work. 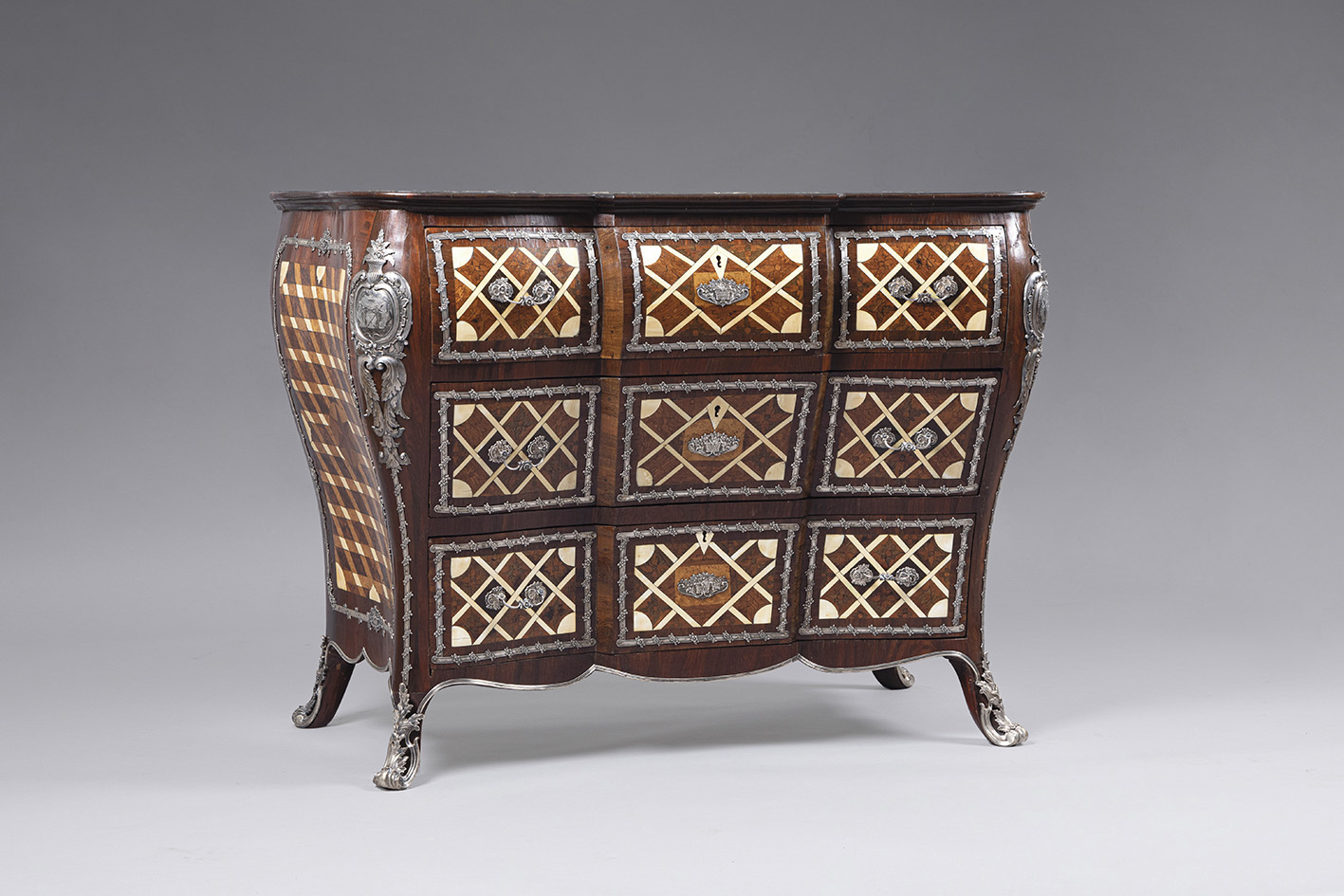 The Chest of Drawers That Came in From the Cold

If you think you've seen this piece before, that's not surprising: it was in the sale of the famous Paul-Louis Weiller collection.