This sale devoted to the traditional arts of Africa, Oceania and America totaled €1,111,513, with several historiated pieces reaching six–figure bids. 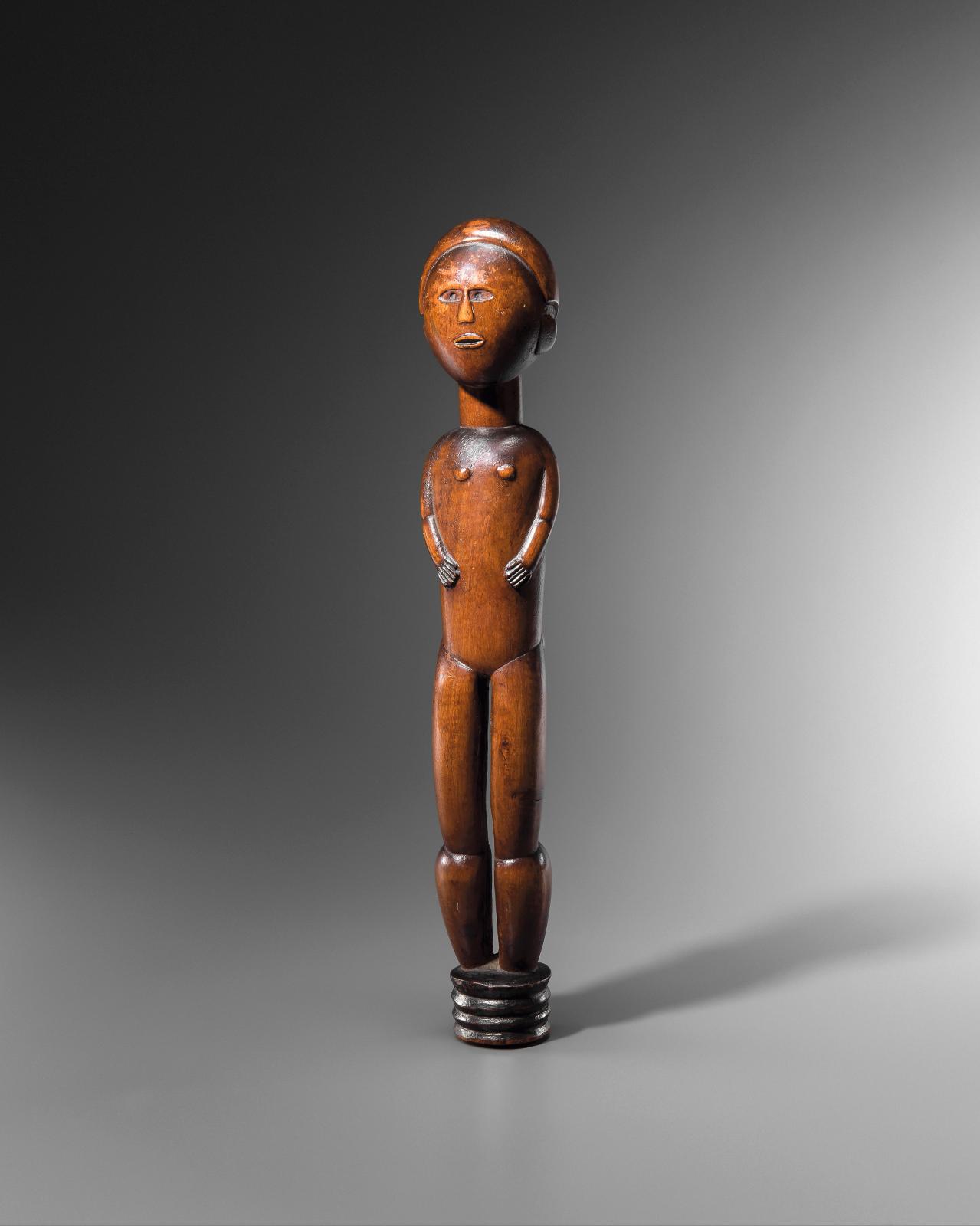 At the duly documented non-Western traditional arts sale held by the Binoche et Giquello auction house, this top of an anthropomorphic cane attributed to a sculptor of the Tsonga people quite rightfully achieved the highest result: €209,660. The price was justified, for this very pure, almost minimalist piece belongs to a set of three artifacts featured at the 1995 "Africa: the Art of a Continent" show at London’s Royal Academy of Arts. The other two are in the Barbier-Mueller Museum and a major private collection. The beautiful, smooth, shiny patina, in this case blonde, is a feature of Tsonga culture, which spanned Mozambique and South Africa.

A late 19th-century Banda statuette from the Central African Republic’s Mobaye region has a striking appearance, both imposing—stout legs, arms flattened alongside the body and a hemispheric, mushroom-shaped head—and naïve with its skyward-looking bone-inlaid eyes. This sculpture attributed to the Master of Mobaye belonged to a group of several. Explicitly sexed and functioning as a couple, they were used during secret societies’ initiation ceremonies requiring the presence of ancestors. This one sold for €135,400—the same price as a pre-Dogon hermaphrodite statue (h. 35 cm, i.e. 13.78 in) dating from the second half of the 13th century. This historic work sheds light on pre-Dogon sculpture. It depicts an important man—either a mythological hero, a clan chief or a religious leader—who acquires the status of an ancestor for future generations. A two-faced Kota reliquary fetched €148,120 and a hei-tiki pendant in jadeite from New Zealand €117,798. Kota reliquaries are common in collections and in markets—specialists put their number at around 5,000—but only about 10 two-faced examples from eastern Gabon’s Obamba-Wumbu group are known to exist. 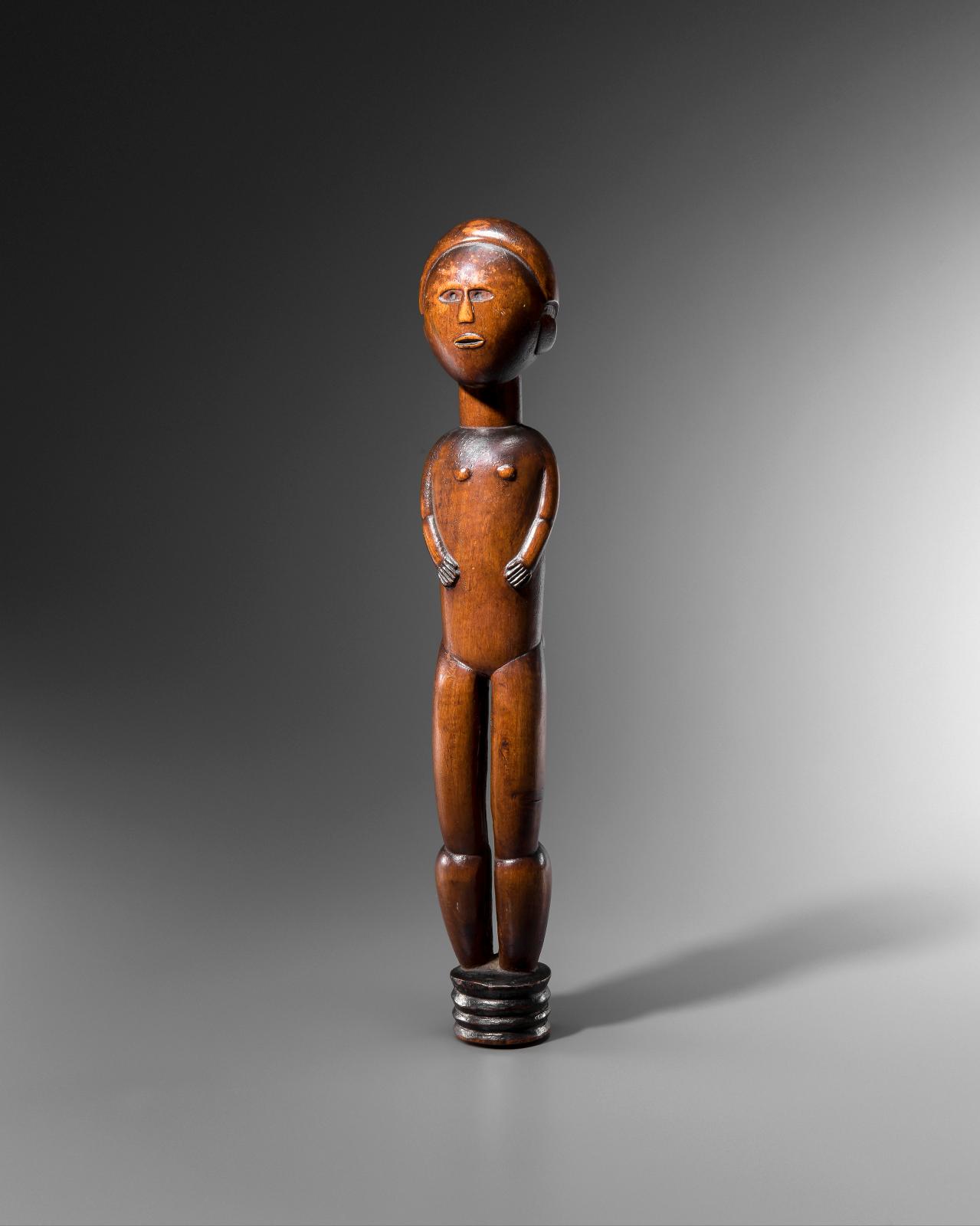 Master Artists from Around the Globe

A focus on traditional arts from the US to New Zealand and South Africa to Mali.