May the concert begin! Two handwritten scores by the genius led the sale con allegro. 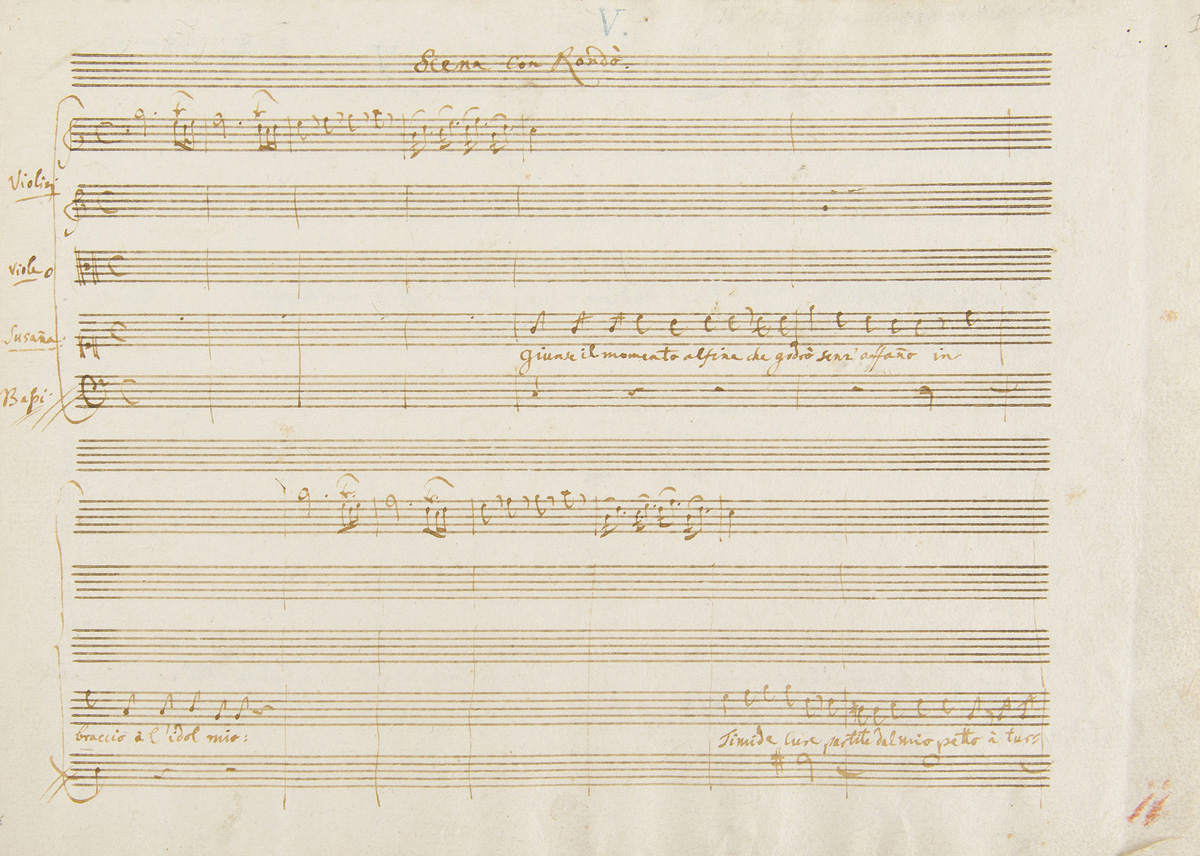 The auction started out big: one page of the lost Magnificat by Wolfgang Amadeus Mozart (1756-1791), of which only seven bars are known to date, which sold for €101,400. That was just the overture. Next came Mozart’s autograph manuscript of the first version of the Scena con Rondo, the last act of The Marriage of Figaro, which fetched €481,000. It is a real working document shedding light on the genesis of a masterpiece that Mozart considerably modified, shortening the accompanied recitative in the final version.
The 38th Aristophil sale was a real hymn to music. The online auction featured works by the world’s greatest composers. Johann Sebastian Bach (1685-1750) made a stunning entrance with an autograph fragment of his cantata BWV 188, Ich habe meine Zuversicht, which fetched €182,000. Then the power of Ludwig van Beethoven (1770-1827) was heard. A letter the composer sent from Vienna on February 26, 1823 in which he mentioned his bagatelles and Missa Solemnis, and added two musical quotations, posted €91,000. Another letter, addressed to Archduke Rudolph, Beethoven’s student as well as a patron, about a musical composition by Rudolph and troubles he was having tutoring his nephew Karl, sold for €58,500. Two brief works for piano by Frederic Chopin (1810-1849) inspired by Polish folklore, Allegretto and Mazur, obtained €93,600. Institutions had front-row seats at this auction. The Bibliothèque Nationale de France (French National Library) preempted the autograph manuscript of Sonata for Oboe and Piano by Henri Dutilleux (1916-2013) for €18,850 and the series of seven pieces for organ by Olivier Messiaen (1908-1992), Corps glorieux (Glorious Bodies), written in the summer of 1939, for €58,500.