Jean-Baptiste de Champaigne for the Mercury Room at Versailles

This preparatory work recalls Jean-Baptiste de Champaigne’s participation in decorating the Palace of Versailles, a project entirely focused on glorifying the Sun King. 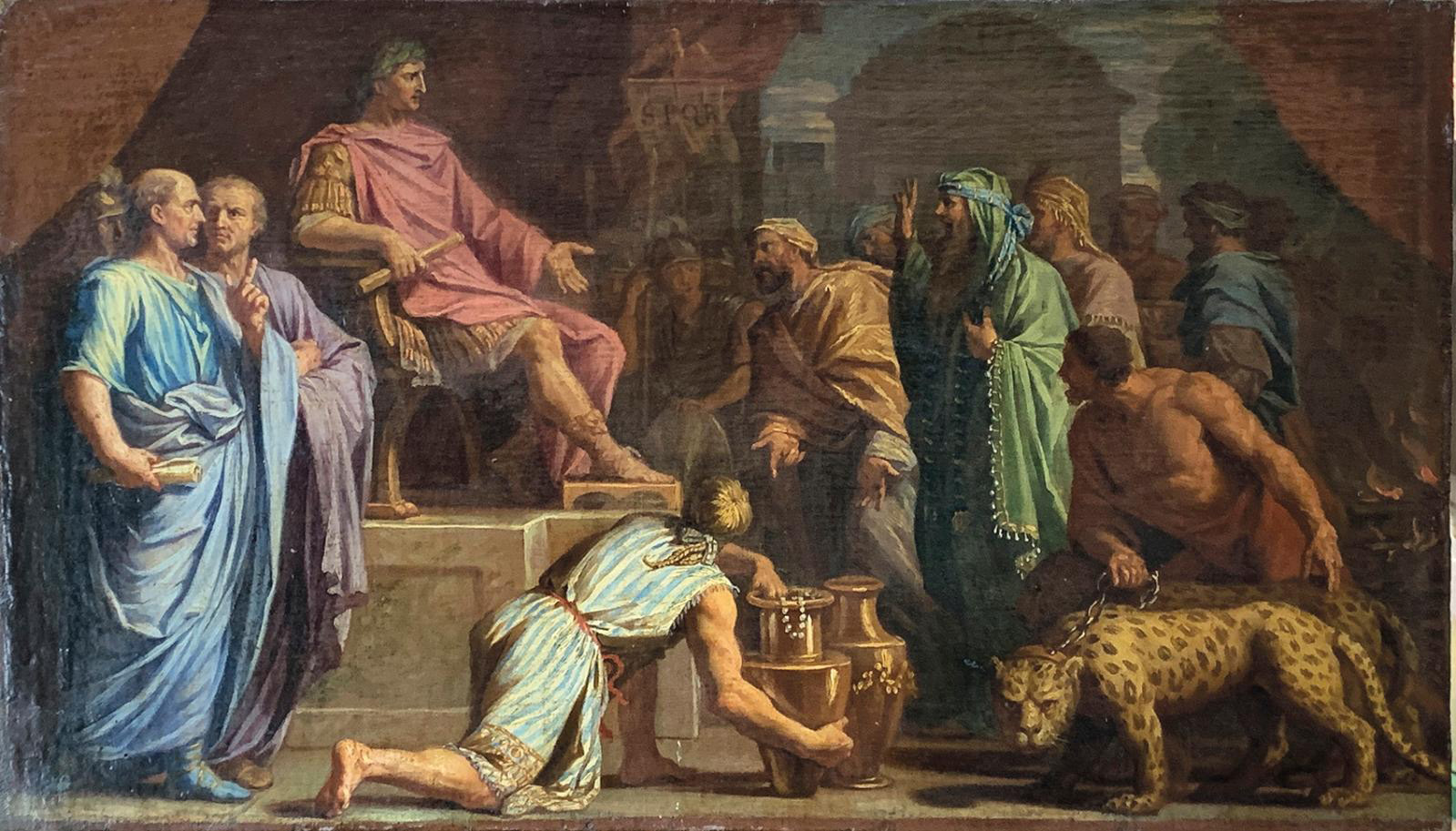 Aiming to turn a hunting lodge into a royal residence, in 1664 King Louis XIV decided to have several major building projects carried out in Versailles. The palace started to take shape around 1670 when the king and queen’s grand apartments were built on the first floor. The Mercury Room began as an antechamber before becoming the monarch’s parade bedroom (he preferred sleeping in his private apartments) in 1682, when the court definitively moved to Versailles. It is contiguous with the Apollo Room—the king’s former ceremonial bedroom, which became the throne room—and the Mars Room, which was the guard's room. Jean-Baptiste de Champaigne (1631-1681) started painting the ceiling around 1672. The Brussels-born artist arrived in Paris in 1643 and already had a successful career as a religious and history painter behind him. He was taken under the protective wing of his uncle, the famous Philippe de Champaigne, who worked at the French courts of Queen Marie de’ Medici and Louis XIII. Jean-Baptiste spent several years in his studio before leaving for a formative stay in Rome in 1658-1659. On his return, he collaborated on major royal building projects at Vincennes and, later, the Dauphin’s apartment at the Tuileries Palace, joining the Académie royale de peinture (Royal Academy of Painting) in 1663. His reputation was well established by 1672 when he was chosen to decorate the Mercury Room’s ceiling as well as the Queen’s Oratory. The painting revolves around the figure of Mercury on a chariot drawn by two roosters. In the likeness of Louis XIV, the god presides over the arts and sciences but also, as a divine messenger, over embassies. He is surrounded by four archivolts featuring depictions of famous men from Antiquity: Alexandre le Grand faisant porter à Aristote divers animaux étrangers afin qu’il écrive son Histoire naturelle (Alexander the Great Having Various Foreign Animals Brought to Aristotle So He Can Write His Natural History), Alexandre recevant une ambassade d’Éthiopiens (Alexander Receiving Ethiopian Ambassadors), Ptolémée Philadelphe discutant avec des savants dans la bibliothèque d’Alexandrie (Ptolemy Philadelphus Discoursing with Wise Men in the Library of Alexandria) and Auguste recevant une ambassade d’Indiens (Augustus Receiving Indian Ambassadors), of which this painting is a preparatory study. They all recall the greatness of King Louis XIV, creator of the royal library and menagerie.