As flamboyant as his creations, Valentino has always favoured this bright colour to dress women. 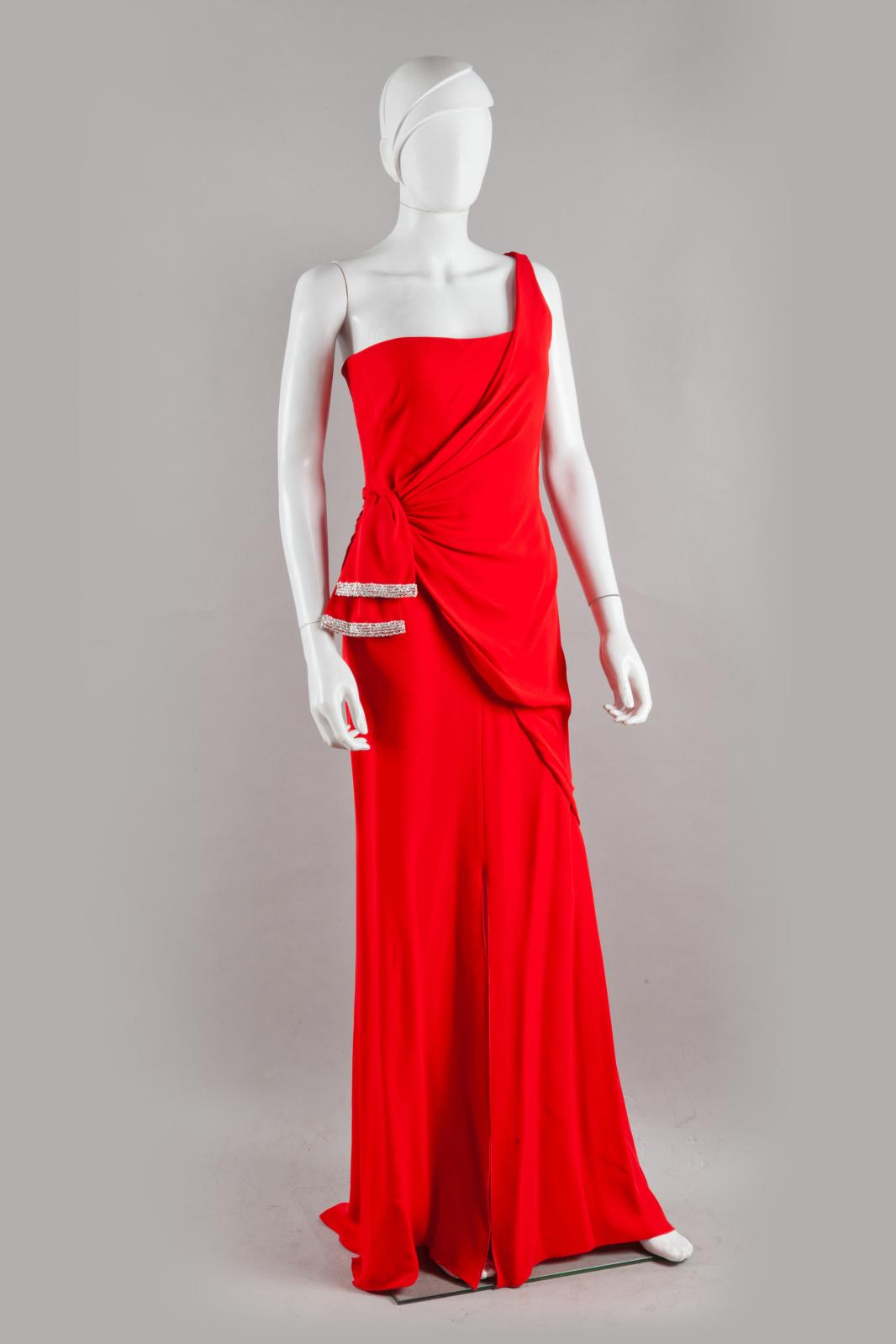 "A woman dressed in red is always beautiful [...] the perfect image of the heroine in the middle of the crowd," said Valentino Garavani, who in 1950, at the age of 18, left Italy to settle in France, ready to carve out a name for himself. Things moved quickly. Two years later, he started training with Jean Dessès, who opened up the doors of high society, crowned heads and movie stars to him. In 1957, he joined the new Guy Laroche company before going back to Italy and in 1959 settling down in Rome, where, with financial help from his parents, he opened his own fashion house. His very first collection featured the fiery red that was to become his signature. He enjoyed telling the story of his fondness for red, which went back to his youth when, as a student in Barcelona, he was invited to the opera and marvelled at the women sitting in their loges forming a basket of flowers. With this memory in mind he designed "fiesta", his first strapless cocktail dress built around a tulle skirt draped and adorned with roses, which he made in 30 different versions - throughout his forty-nine year career. He became the new darling of the world's most famous women. Audrey Hepburn, Princess Grace of Monaco and Elizabeth Taylor swore by this great, refined young man’s talent. Jackie Kennedy ordered a dress from him for her wedding with the shipping tycoon Aristotle Onassis. In 1970, she made the cover of Life Magazine in one of his dresses – obviously red. The hour of recognition had come. A global fashion ambassador with his silhouettes combining elegance and timelessness, fluidity and sensuality, Valentino was a master who did not seek to be among the revolutionaries of haute couture. The fire of the color of life was enough for him.

A lady’s delight
The auction features 400 haute couture and ready-to-wear models collected by a Paris "fashionista" over a period of almost 30 years: sophisticated streetwear, more easily wearable daytime outfits and a few evening dresses immediately recognisable by the way they drape the body, suggesting without revealing anything. In 2008, six months after his last fashion show, the Musée des Arts Décoratifs paid the couturier a brilliant tribute with a retrospective of around 200 signature creations. This perfectly cut "little" red dress also belongs to his last collection, making it all the more emblematic.

Valentino (30 years of Madame X's collection) & miscellaneous
Salle 4 - Drouot-Richelieu - 9, rue Drouot - 75009
Gros & Delettrez
Info and sales conditions
Catalogue
Salerooms
Newsfeed
See all news
Frieze New York is Coming Back in May
Museums Permitted to Reopen in Six Italian Regions
A Mysterious Tanguy Work is Up for Auction
Stunning Discoveries in Saqqara
Not to be missed
Pre-sale
Sacred Objects of Mexico
Like the standing figure from the pre-Teotihuacan culture on the…
Pre-sale
18th-century Sculptors and Cabinetmakers
Fine 18 th century furniture has become a somewhat rare commodity…
Pre-sale
Deep-Sea Diving in Luxury
Rolex watches are omnipresent in auction rooms and increasingly…
Pre-sale
An English Passion
This pair of lidded vases in soft-paste Sèvres porcelain decorated…