As we await the 2024 Paris Olympic Games, a selection of photographs from the collection of the French newspaper L'Équipe reconstructs a century of competitions. 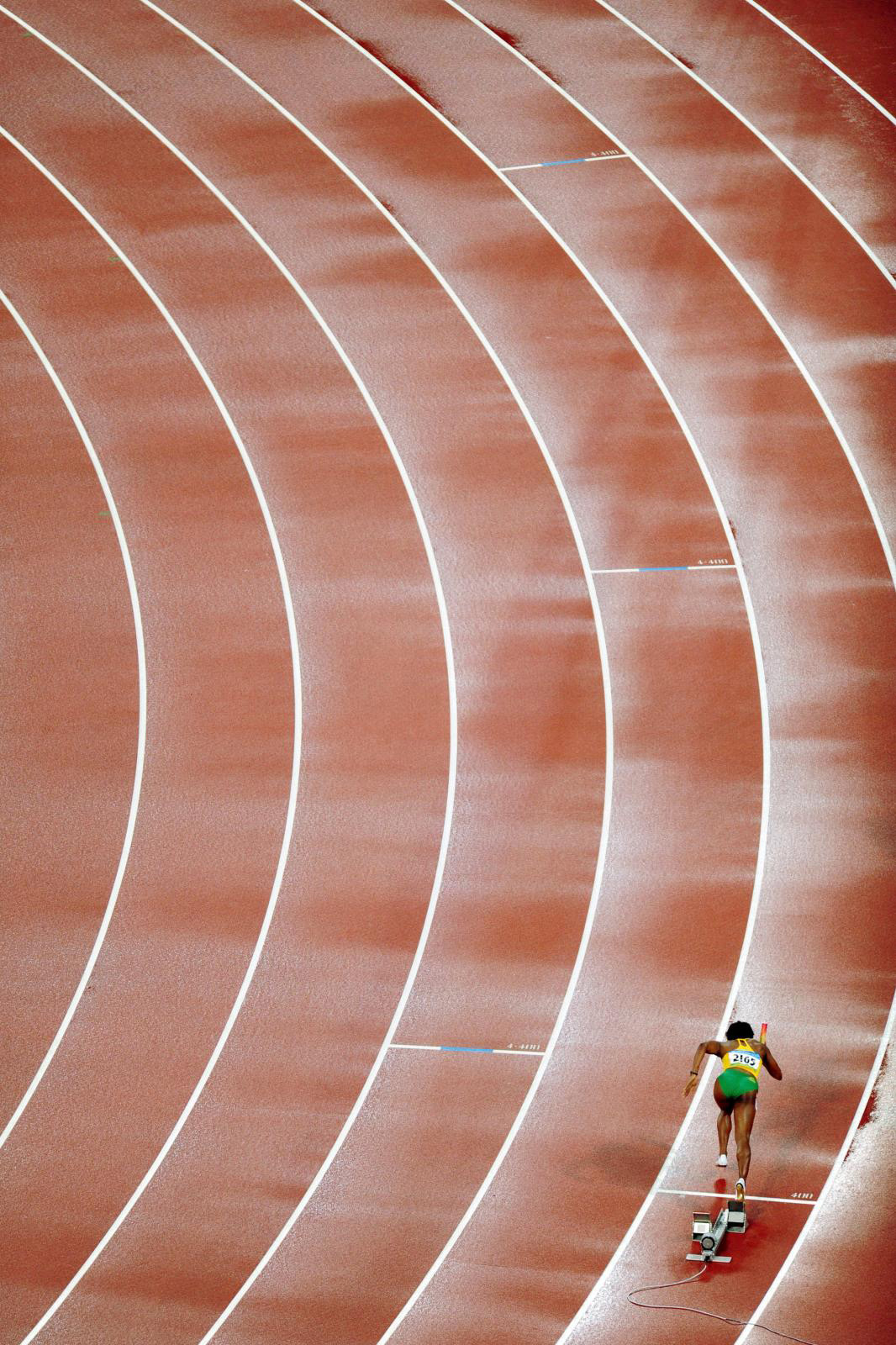 Now it is official: The 2024 Olympic Games will start on July 26, a century after the last Parisian edition and exactly one thousand days after this auction of prints from the photographic archive of the newspaper L'Équipe, which numbers more than 12 million pictures. Already last year, a first sale with the same provenance was presented by the same auction house. This time, the selection focuses on the highlights of a century of the Olympics, with images being offered at €500/1,800.

This chronological catalog opens with the parade of the French delegation in Antwerp on August 14, 1920, and ends with an emotional sequence showing the French team in Tokyo in 2020. The first section focuses on the opening and closing ceremonies of this great sporting event, which attracts up to 4.5 bn viewers worldwide. Some of these ceremonies have become part of our collective memory, like the magical ballet of levitating acrobats created by the dancer and choreographer Philippe Decouflé in Albertville, Savoie, 1992. Then, aficionados will be able to find their champions in their moments of glory, like Carl Lewis, the 10-medal man, whose aerial stride was captured on film in LA in 1984. The beauty of some pictures gives them an undeniable artistic value, as demonstrated by the one reproduced here. Some of the later single prints were printed on Awagami paper, and others on Hahnemühle Photo Rag® Metallic paper, highlighting their qualities.

These photographs express the values fostered by Pierre de Coubertin, thanks to whom the Games were revived in the stadium of Athens in 1896, fifteen centuries after they ceased to be organized in Greece. They advocate the fraternity regardless of differences: For example, in Sydney in 2000, the aboriginal athlete Cathy Freeman represented a united Australia to light the flame of the Olympic cauldron. Twenty years later, during the Tokyo Paralympic Games, the Frenchwoman Marie-Amélie Le Fur won her ninth medal in the long jump and is now involved in the preparation of Paris 2024. Although fair play is the rule, there is fierce competition among countries. The Games organized in Beijing in 2008 showed the world that it was important to consider China. By mirroring the relations among peoples, the Olympics also reveal the changes in our society. Skateboarding is now crowned with laurels, after long being deemed too unacademic. Sky Brown, who was only 13 years old, helped make the sport was a sensation in Tokyo last year. The new generation is for certain!

Faster, Higher, Farther: The History of the Olympic Games in Photographs

As it did a year ago, the French sports daily L'Équipe is presenting photos from its huge archives. While the selection was not easy, the theme is almost self-evident. A thousand days before the Paris Olympics, the opportunity was too good to pass up. 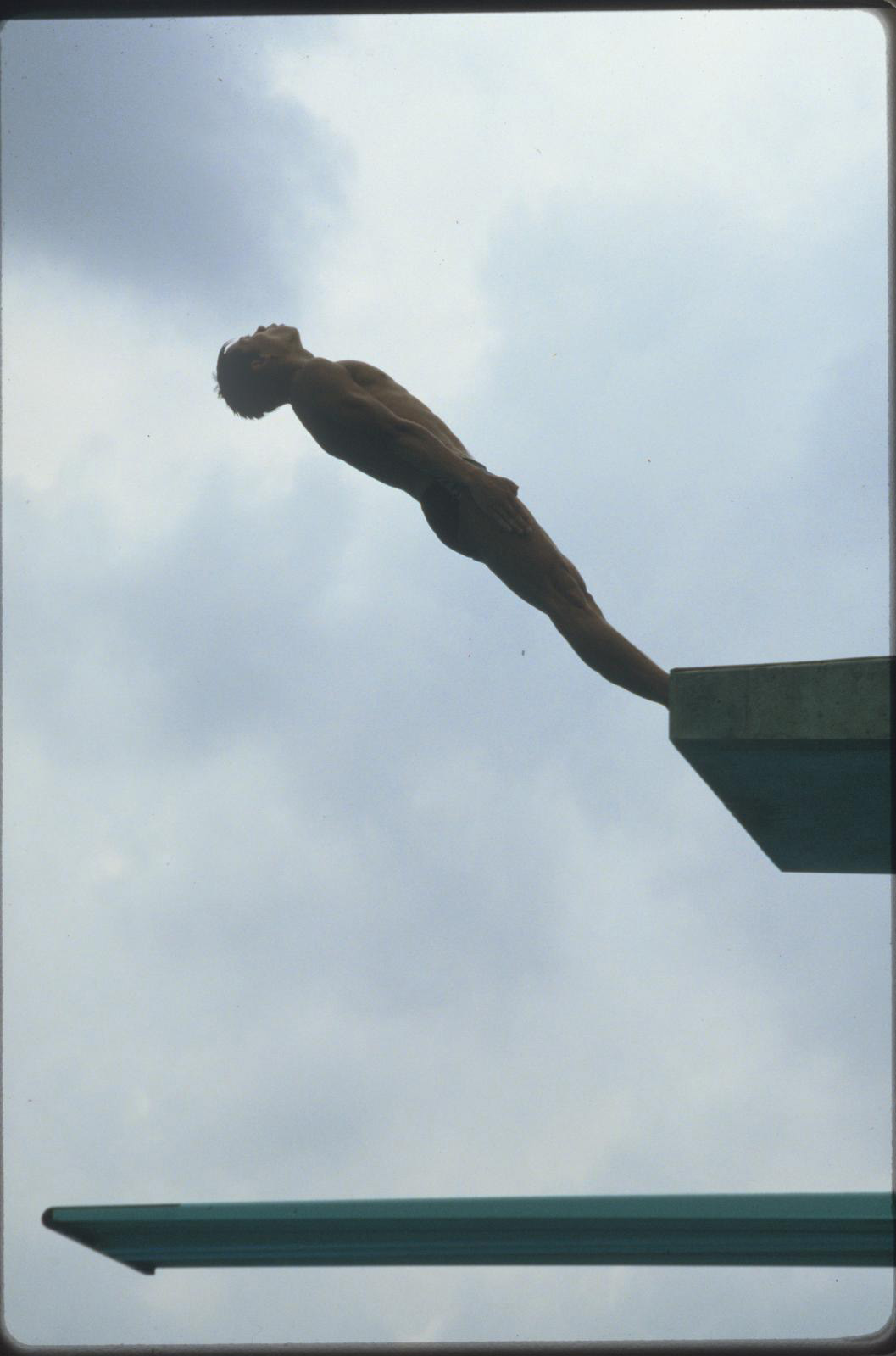 Twelve million file photos are worth showcasing. The idea of holding an auction germinated just before L'Équipe moved to Boulogne-Billancourt in 2018. It took place on October 9, 2020, when 80% of the lots found buyers. This time, 190 photos and 10 contact prints have been selected. Signed one-off prints (€600/1,200) are "dedicated to all the champions who not only participated but also enchanted us, whether in black and white or color," wrote deputy managing editor Jean-Philippe Leclaire. Ranging from the 1920 Antwerp games to those in Tokyo two months ago, the wonderful shots include opening ceremonies, athletics and water, winter and team sports. Seeing the focused, ecstatic champions giving their all is still thrilling: "Her Highness Marie-Jo II" [Pérec] as L'Équipe headlined the day after her magical lap in Atlanta on July 29, 1996; Nadia Comaneci defying the laws of gravity in Montreal in 1976; tireless Alain Mimoun in Rome in 1960; imperial Carl Lewis in Los Angeles in 1984; and Johnny Weissmuller poolside in a bathrobe and clogs in July 1924, a few years before he started swimming with rubber crocodiles as Tarzan.

Talented photojournalists who capture movement and the ideal moment turn sports photography into art photography. Examples include the lone runner at the relay race in Beijing in 2008, the diver poised to take a leap (see photo) and Isabelle Blanc in a balancing act that she alone mastered on her snowboard in Salt Lake City in 2002. The album closes with a shot of Tokyo’s Olympic Stadium on August 8, 2021, featuring the colors of France, where, one hundred years after the VIIIth Olympiad, the Games will return in 2024. We are already dreaming of the third time.