The Waltz of Sculptures, from the 18th Century to Camille Claudel

Camille Claudel’s moving, expressive The Waltz is one of her most famous works. The whirling bronze will be accompanied by 18th-century sculptures in Mandelieu. 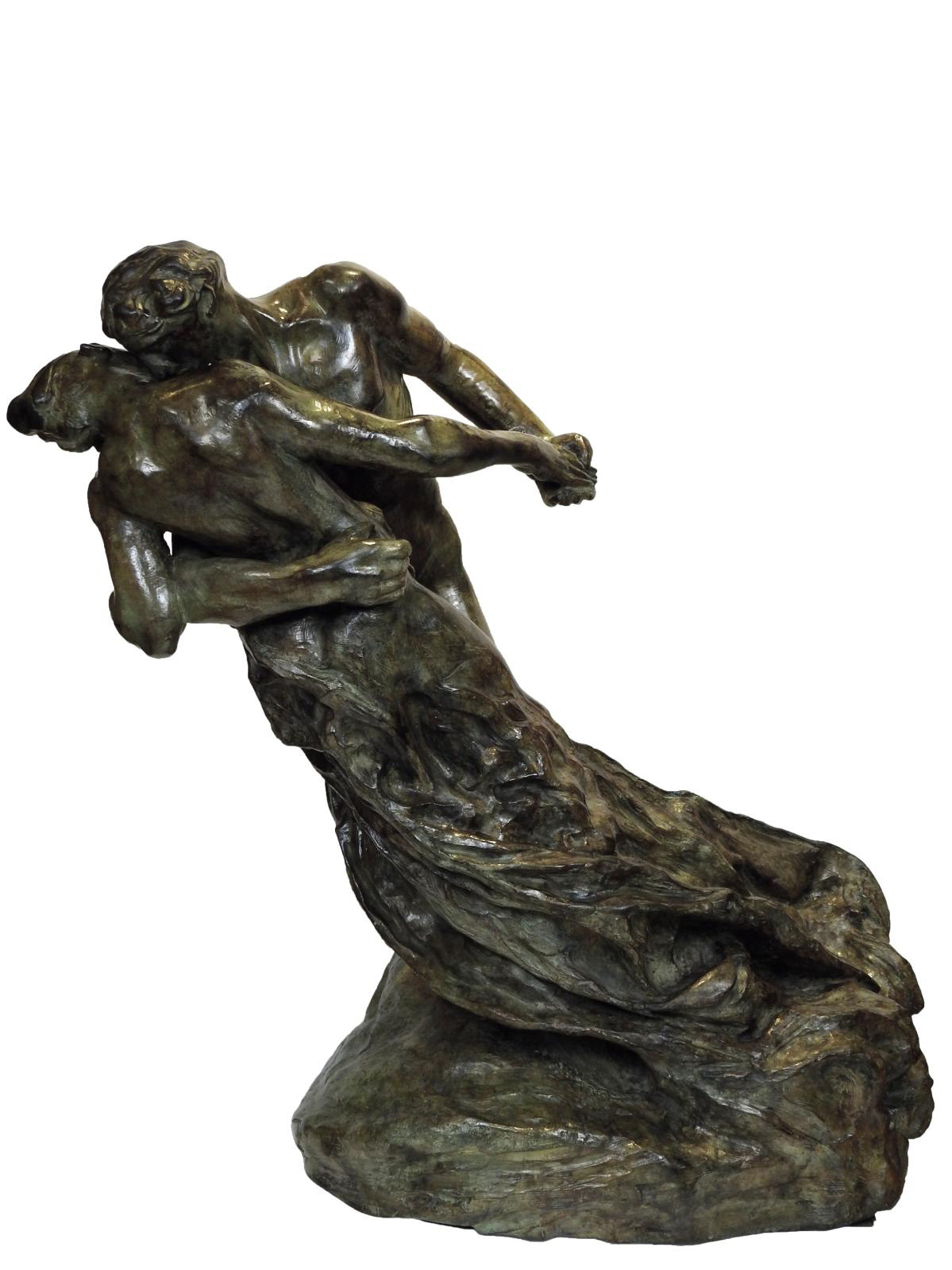 Camille Claudel’s bronze sculpture The Waltz, from a private collection in Paris, belongs to a series of listed casts made from the plaster named after Fritz Thaulow, a Norwegian painter who owned many works by the artist as well as those by Rodin. This version is in the Camille-Claudel Museum in Nogent-sur-Seine.

The fourth enlargement was also made from plaster in the early 1990s. The cast was used to produce twelve copies: eight numbered “1” to “8” and four artists’ proofs I to IV. The first five were made by the Fonderie du Rocher, the next three by Delval and the artists’ proofs by Chapon. The 114-cm/44.88-in. tall sculpture is a lovely tribute to Claudel’s work. She began focusing on the subject in 1889, depicting nude, embracing dancers in the first version. In 1892, she asked the government for a commission to make a marble one but it was turned down for indecency. Claudel reworked it, adding drapery, and exhibited the new version at the 1893 Salon de la Société Nationale des Beaux-Arts (Salon of the National Society of Fine Arts). The government rejected that one as well. Eventually, a third, smaller version with less drapery was accepted and made in several materials, including bronze, with numerous copies cast by Eugène Blot, among others. Claudel made the fleshy, expressionist work to be seen from all sides, beckoning viewers to walk around it like the dancers during a performance. The waltz was very fashionable in the 19th century; this sculpture is an allegory of dance in the Symbolist vein.

The sale will be like taking a course in the history of sculpture. It includes a Crucifixion in ivory by Antwerp-artist Walter Pompe (1703-1777), who carried out many religious commissions for private individuals, churches, and monasteries. The anatomical detail, twisted body, open mouth, rolling eyes and anguished expression are hallmarks of Pompe’s Baroque style.