The Blue Period of Assyrian Art

All eyes will be on her and only her. And for a good reason: this Persian lioness head in lapis lazuli is proposed by the "So Unique" concept launched nearly a year ago. 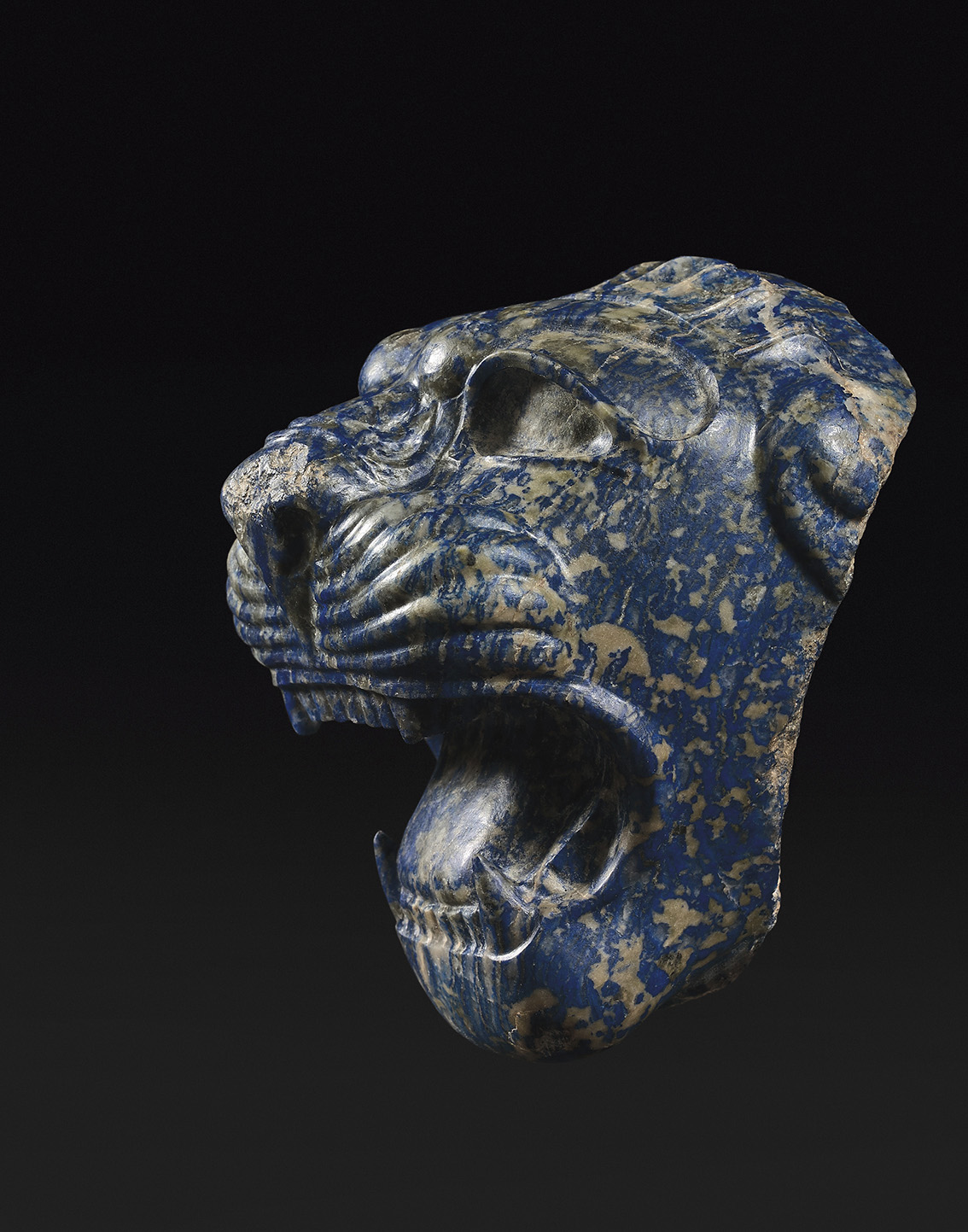 The sculpture’s size, but especially the rendering of the details and preciousness of the material, is its main asset, not to mention its rarity. Evidence of Assyrian art can be seen on bas-reliefs, notably from palaces in Nineveh and Arslan Tash in Syria, but many works in the round—gold, bronze or stone—have been lost, broken or melted down. With its wide-open mouth, bulging muscles, ruff of half egg-and-egg motifs marking the start of its mane, almond-shaped eyes that were once inlaid and angular eyelids, this feline appears to be destined for success. Was it part of a composite statue or a chair’s decorative feature? The only thing certain about this piece is that it was a royal prerogative, a symbol of beauty and perfection in the East. Lapis lazuli was mined in Afghanistan and Baluchistan and coveted since 4,000 BC for its ultramarine blue color flecked with golden calcite flakes evoking the celestial vault. Ornaments contributed to its prestige, and the supernatural power that lapis lazuli symbolized meant it was used to decorate temples and sculptures.

The discovery of such objects attests to the trade between Central Asia, Iran, Mesopotamia, Syria, and Egypt as well as the role it may have played in the payment of tributes by peoples under Assyrian rule. Iconography also plays an important part. A fierce beast if ever there was one, the lion inspires fear and must be hunted by the king, the protector of his people, like the bull. It was not uncommon for Assyrians to find such depictions serving the propaganda of the powerful. A symbol of strength, the lion warded off bad luck and protected people from illness. That is a good omen for whoever succeeds in acquiring this lioness from Switzerland, which was in the von der Aue collection until 1992 and exhibited at the 1966 "Treasures of Ancient Iran" show at the Rath Museum in Geneva.

so only one
work, one sale!
Huis clos - huis clos -
Millon
Info and sales conditions
Catalogue
Newsfeed
See all news
Preemption at Drouot: The Travel Kit of the Duchess of Aumale Goes Back at Chantilly
New York Artists with Disabilities Awarded $1,000 Emergency Grants
Tate’s Turner Prize Shortlist Puts Collectives in the Spotlight
$25M New York Program to Create 1,500 Jobs for Artists
Not to be missed
Pre-sale
The Truly Sculptural "Crash" Watch by Cartier
Cartier's "Crash" watch is legendary for not only an extraordinary…
Pre-sale
Bernard Buffet in Amiens
Accompanied by a certificate of authenticity from the Maurice Garnier…
Pre-sale
Emile Claus Tames the Thames
Often classified as a painter of rural life, Belgian artist Émile…
Pre-sale
On the High Seas with Marin-Marie
Marin-Marie, an outstanding seascape artist, appears once more at…