Superb tapestries from the Tchaloyan collection

Over fifty pictures in wool and silk dating from the 15th to the 18th centuries will soon enter the fray at the Château de Lasserre. Their provenance: Michel Tchaloyan's collection. 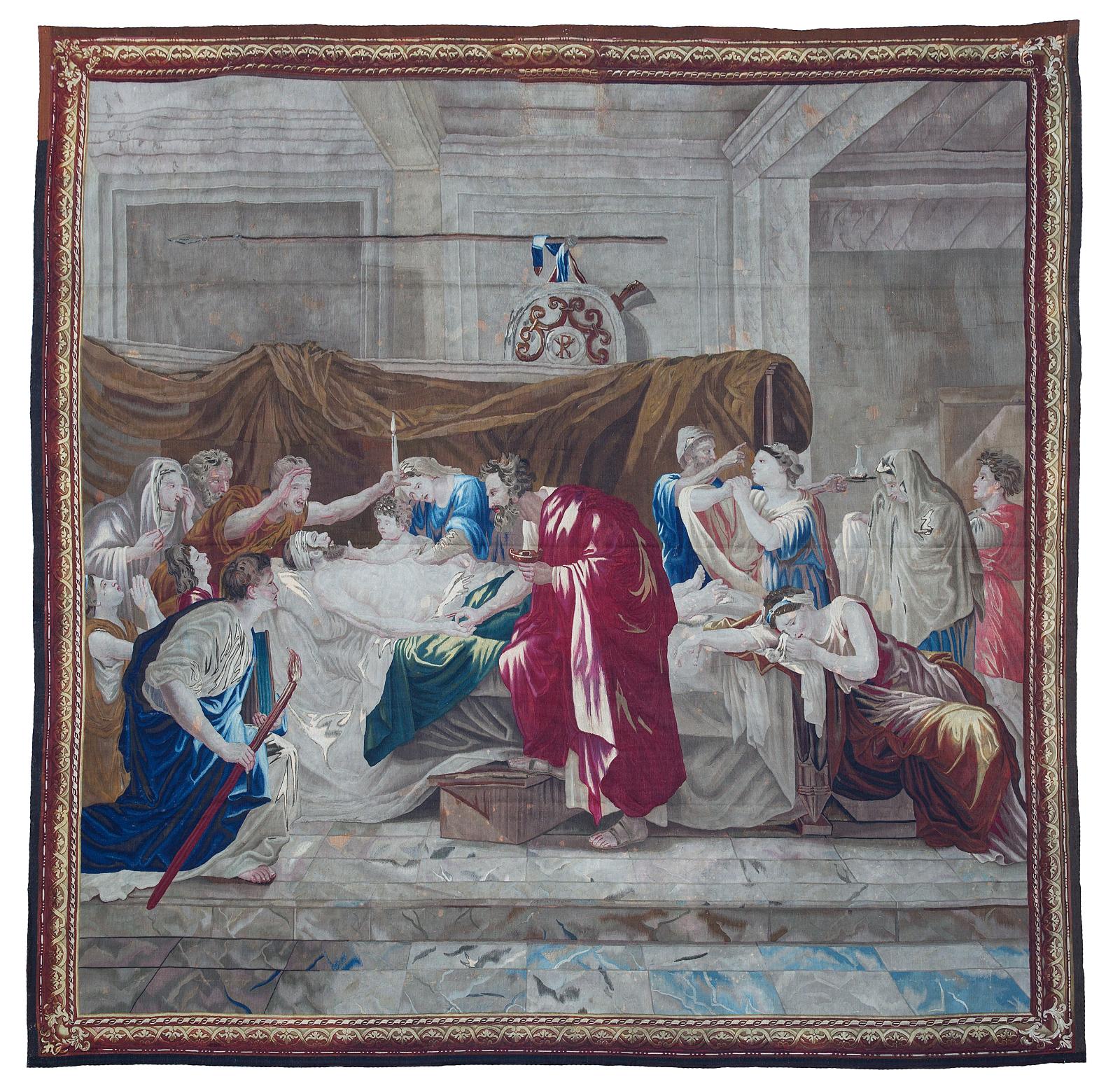 These fifty-four museum quality tapestries form a rare group belonging to a man well-known in this sphere: the collector Michel Tchaloyan. Sixteen years ago, a piece he entrusted to Stanislas Machoïr was finally bought for nearly €100,000 by the French State for the museum of a château in the Périgord. He now reiterates his confidence in the auctioneer, who will also be selling 112 antique carpets on Sunday, July 5. Michel Tchaloyan, now not far off a hundred, once more proves the sharpness of his eye. This Armenian by birth studied in Baku, and was drafted into the Red Army before taking refuge in France after the Liberation. He then started up as a carpet and tapestry dealer.

Verdures, historical scenes and Biblical subjects
All the leading European factories are represented here, with estimates ranging from €1,000 to €60,000. They include some original Flemish verdures, like an Oudenarde tapestry with Fantastic Beasts from the first half of the 16th century, and various historical subjects. But all eyes will be turned on models woven from cartoons by famous painters, and in this category, the master of French Classicism, Nicolas Poussin, will be dominating the proceedings with two pieces. The Crossing of the Red Sea (283 x 546 cm, 9.2 x 17.9 ft) woven by the Aubusson royal manufactory in the second half of the 17th century and expected to make €40,000/60,000, is one of a series on the life of Moses he painted between 1633 and 1634. The second is this late 17th or early 18th-century Extreme Unction from Brussels. Conceived as a painting, this tapestry comes from the famous series on the Seven Sacraments, which he produced in Rome from 1644 onwards for his friend Fréart de Chantelou (1609-1694). This was the second time Poussin had painted a series on this theme. The first, commissioned by Cassiano dal Pozzo, dated from his short Paris period between 1640 and 1642. He dedicated four years to this project, starting with Extreme Unction, although it is the final episode in the chronological order of the Sacraments. The preparatory sketch is now in the Louvre; the paintings belong to the Duke of Sutherland's collection, on loan to the National Gallery of Scotland. Poussin himself said he was very proud of this depiction of the last rites for a dying man, in an ambiance echoing the early Christian era. With its harmoniously balanced composition, it became one of the master's most famous works. A series so much admired clearly called for a version to be rapidly made in tapestry… to the delight of the Brussels factory and collectors alike.

TCHALOYAN COLLECTION - 52 TAPESTRIES | COLLECTION 250 WATCHES OF DR. F.
Montastruc-La-Conseillère - Château de Lasserre - 31380
FEE - Stanislas Machoïr
Info and sales conditions
Catalogue
Newsfeed
See all news
Due to the summer holidays there will be a pause in the newsfeed. We will be back Monday, August 24th. Have a wonderful summer vacation!
Met Museum in New York acquires Wangechi Mutu sculptures
US House of Representatives vote to create a national museum dedicated to Latin Americans
Church volunteer confesses to starting the Nantes Cathedral fire
Not to be missed
Pre-sale
Figurative art from van Goyen to Combas and the inescapable…
This 1955 work by Bernard Buffet belongs to a series of around 10…
Pre-sale
Henri Lebasque, painting the zest for life
His soft, nuanced palette captures moments of simple happiness on…
Pre-sale
The Gilles Labrosse collection: fashion throughout the…
Amassed by an impassioned enthusiast, one of the largest private…
Pre-sale
Achille Laugé: Cailhau in perspective
Found during an inventory carried out for an estate in the Var,…