Lin Fengmian is one of those Chinese artists whose works are always highly sought-after. As to this bouquet of gladioli, we'll have the answer in a few days. 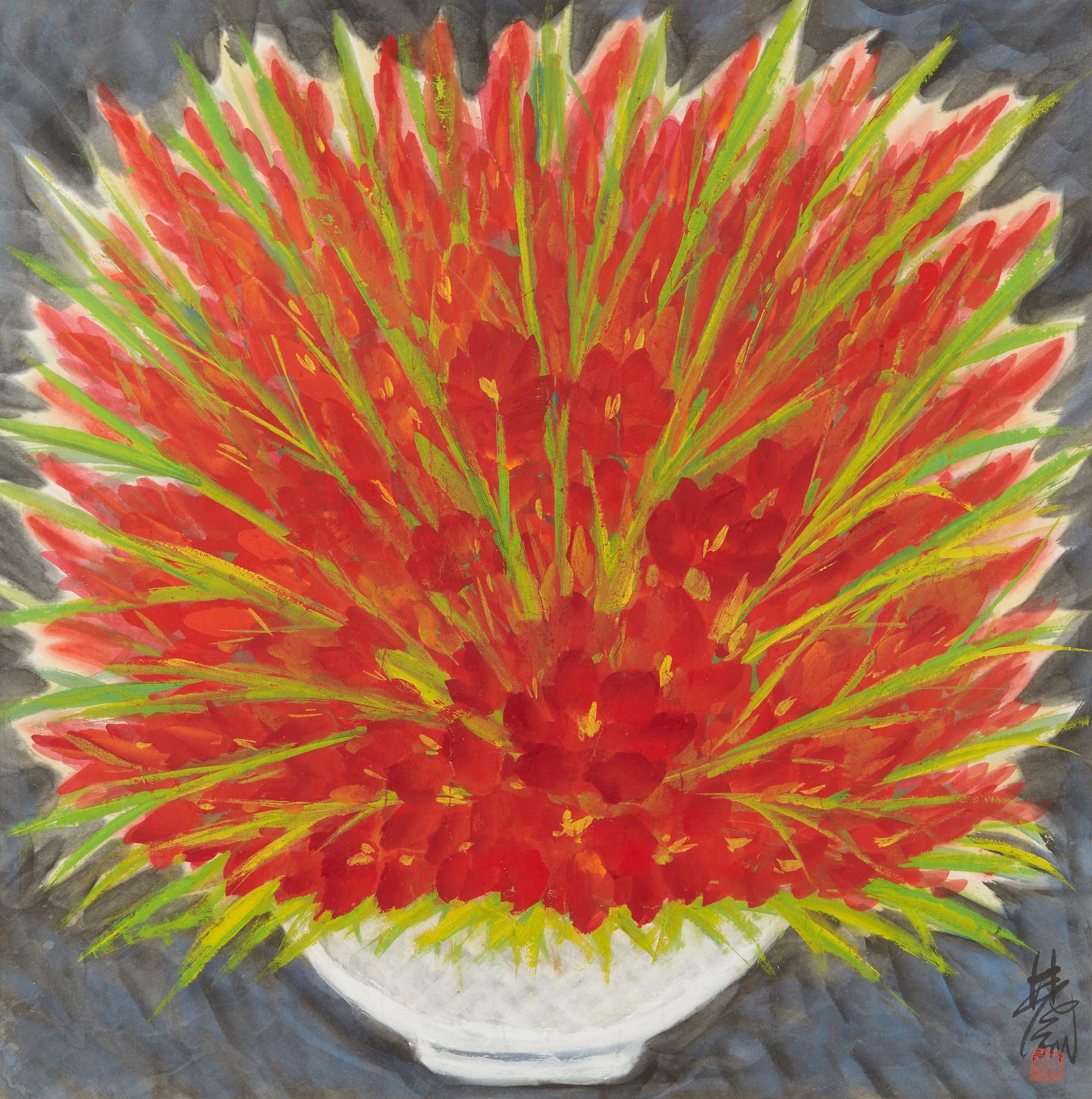 Two of the artist's works are on offer in this sale of modern paintings: the Bouquet de glaïeuls reproduced here, and an oil on canvas from the early 1960s, Paysage d'automne au lac (Autumn lake scene), estimated at €50,000/80,000. They were bought in around 1970 in China and come from a private French collection. The paintings carry Lin Fengmian's signature as well as a traditional red stamp. In the 1940s, the painter decided to put these in square format rather than the rectangular stamps of traditional Chinese painting. Another Western art influence is the lack of colophons and any reference to an illustrious poet. Lin Fengmian was one of the first Chinese artists to study in France. His works were exhibited at the Salon d'Automne and in 1924 at the Palais du Rhin in Strasbourg. On his return to China, he was appointed head of the new Fine Arts School in Hangzhou, in 1928. Despite academic setbacks, Lin Fengmian established himself through a highly personal body of work divided between Chinese opera scenes, flowers and landscapes. When he returned to France in 1979, he found loyal support from many collectors and artists.