Making its debut in the market, this painting by Étienne Dinet – one of his few religious subjects – is the star lot in the opening sale of the new Artcurial subsidiary in Morocco. 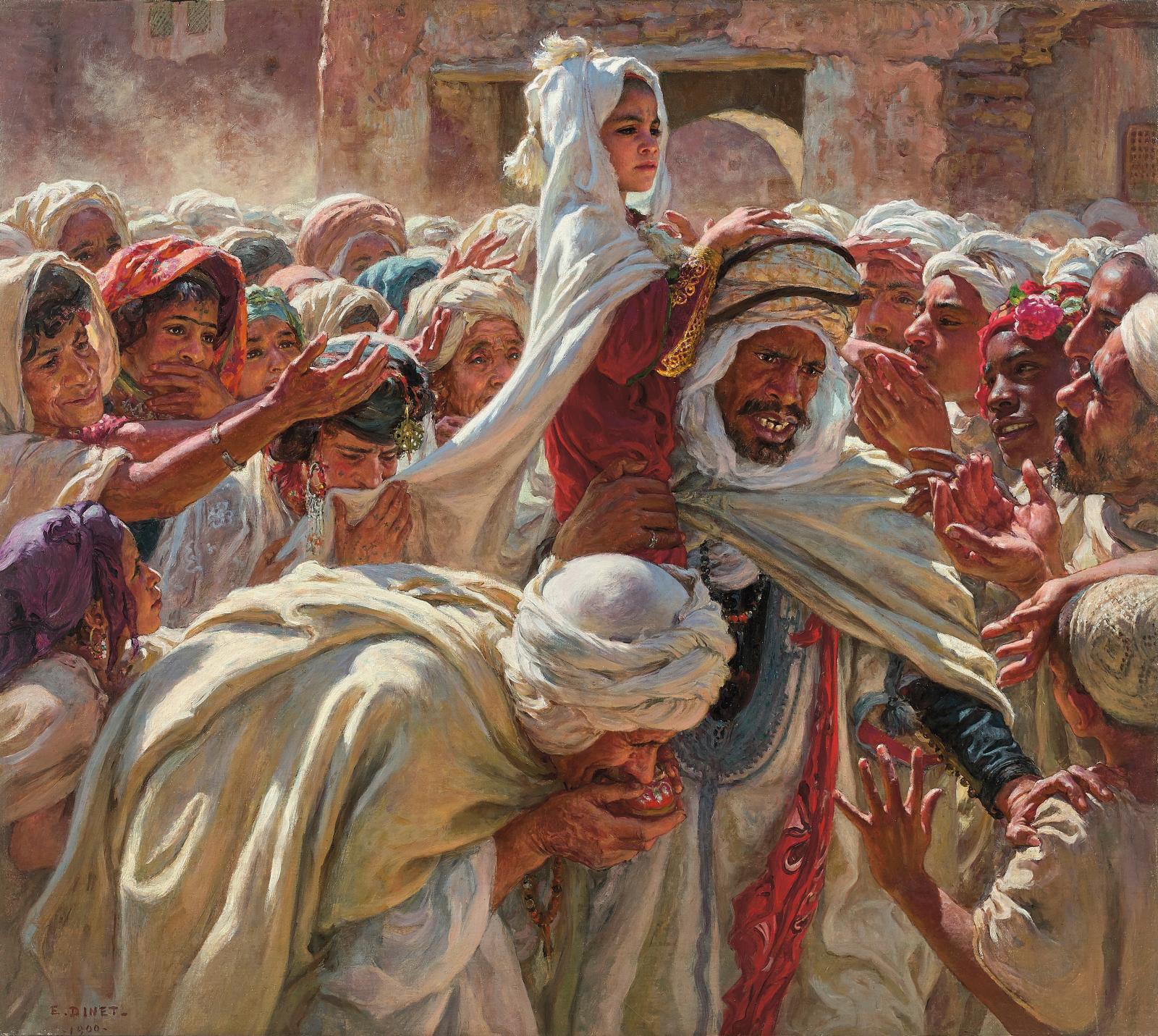 Raised above a crowd of worshippers by a powerful, determined man, the young boy seems detached, not deigning to glance at those acclaiming and imploring him. If just lightly touching him is already a privilege, kissing his feet, as the man in the foreground is doing, is a source of immense joy. The focus of this devotion is the son of a holy M’rabeth, a kind of local saint according to Islam, who has the ability to gather souls into his pure heart and transmit the "Barakah" to one of his sons: "the blessing granted by the Most High for his virtue and piety. A lofty focal point to which souls gravitate like stars, the holy man is called M'rabeth, meaning "attached", because his soul is attached to the love of the Creator, to whom he brings all hearts, of which the faithful make him a rosary". This was how this scene was described by the artist who painted it, Étienne Dinet, and his travelling companion, Sliman Ben Ibrahim Bamer, in Tableaux de la vie arabe (Scenes of Arab life). The book was published in 1928, twenty-eight years after the date of this composition, which stands apart from the artist's Orientalist output through its choice of subject: a religious scene. A keen observer of Algeria's customs and way of life, the Frenchman rarely ventured into religious territory as an artist, yet ended by converting to Islam in 1913. His culture and his deep love for Algeria, triggered during his first trip there in 1884, led him in 1904 to move permanently to Bou-Saada, an oasis near Algiers. This imposing scene, which has remained in the same family for forty years, once belonged to Mr Wattel. Now to be sold, it will be one of the highlights of the very first sale staged by Artcurial with its new subsidiary in Marrakesh, which is being broadcast in real time in Paris.