Charles Fréchon and the Light of the Normandy

The Elbeuf Lions Club charity auction will once again feature a fine selection of painters from the Rouen School, led by a striking landscape by Charles Fréchon. 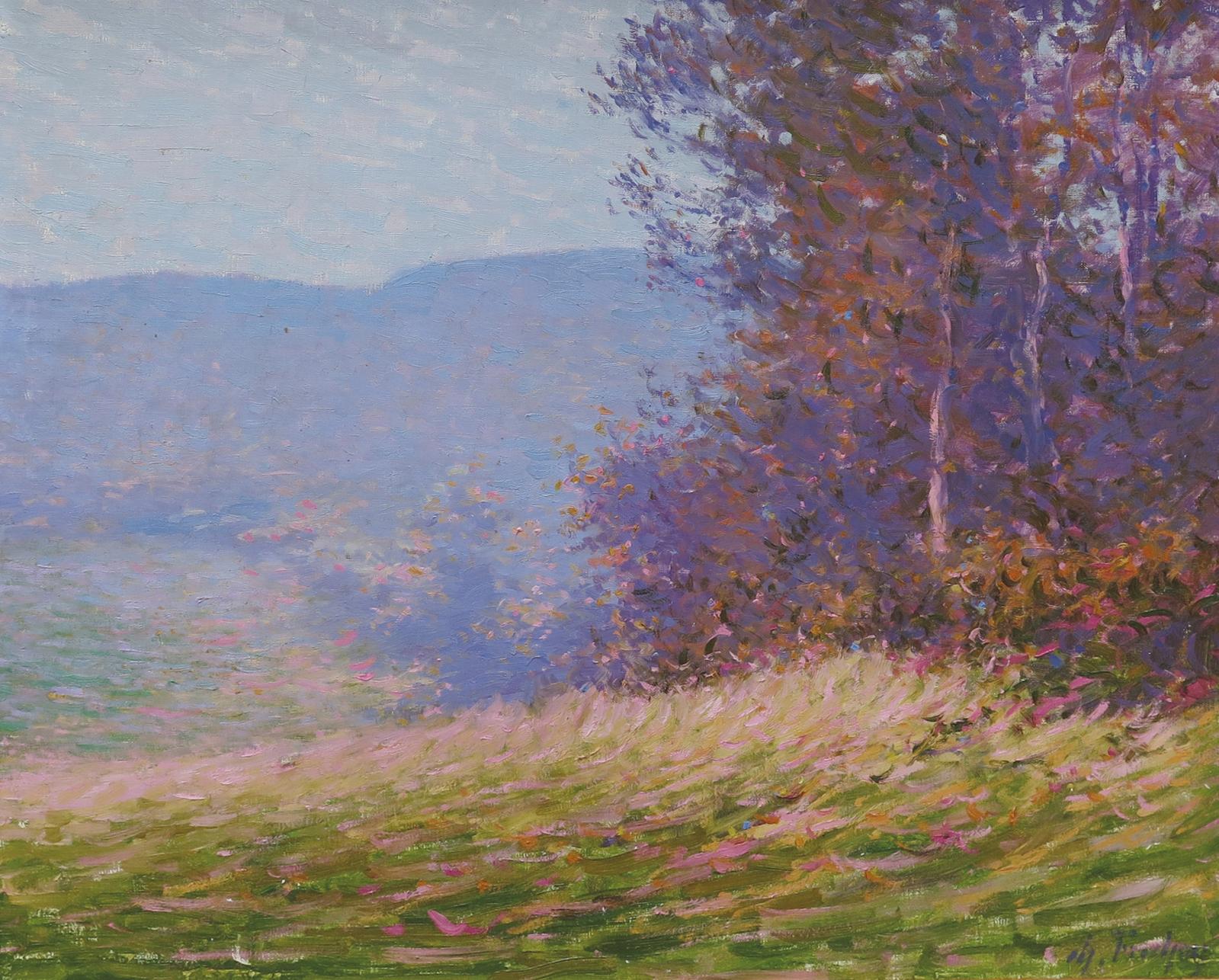 The “painter of seasons” has struck again. At the beginning of the 1890s, Charles Fréchon was strolling the streets of Rouen, in Normandy. His taste for painting en plein air led him to explore the forests, the fields, but also more simply the garden of his house, which he bought in 1894 on rue Coquerel, located in the upper section of the city. He tirelessly returned to such pastoral motifs in a methodical quest to capture even the slightest vicissitudes of color and light amidst the grasses and foliage. His bright palette and hatched brushstrokes make him a fitting representative of the Impressionist movement, though he began his career under the banner of Pointillism, until the death of Georges Seurat in 1891. He was not particularly prolific: coming from a well-to-do family in Picardy, he was neither obliged to paint regularly nor desperate to sell his paintings. No doubt this also explains why it took Fréchon some time to establish his reputation in Paris, and to integrate himself within the very closed social circles of Rouen. It was thanks to the great Parisian dealer Paul Durand-Ruel—who bought his first painting from him at the “Salon des Indépendants” in 1894, soon followed by several more purchases and exhibitions across the Atlantic—that he finally gained recognition.

Today, alongside Joseph Delattre, whose La Maison du peintre (House of a Painter) is expected to sell for €3,500/5,000, Léon-Jules Lemaître, and Charles Angrand, Fréchon is one of the leading figures of Rouen’s post-Impressionist school. Belonging to the second generation of this school, Robert Pinchon will be present with his Paysage de neige (Snowy Landscape, c.1906)—expected to fetch €10,000/13,000—as will Narcisse Guilbert, whose La Seine à Croisset (The Seine at Croisset) is estimated at €4,000/5,000. In sum, an excellent range of landscapes of Normandy is on offer.