Calder and the female subject 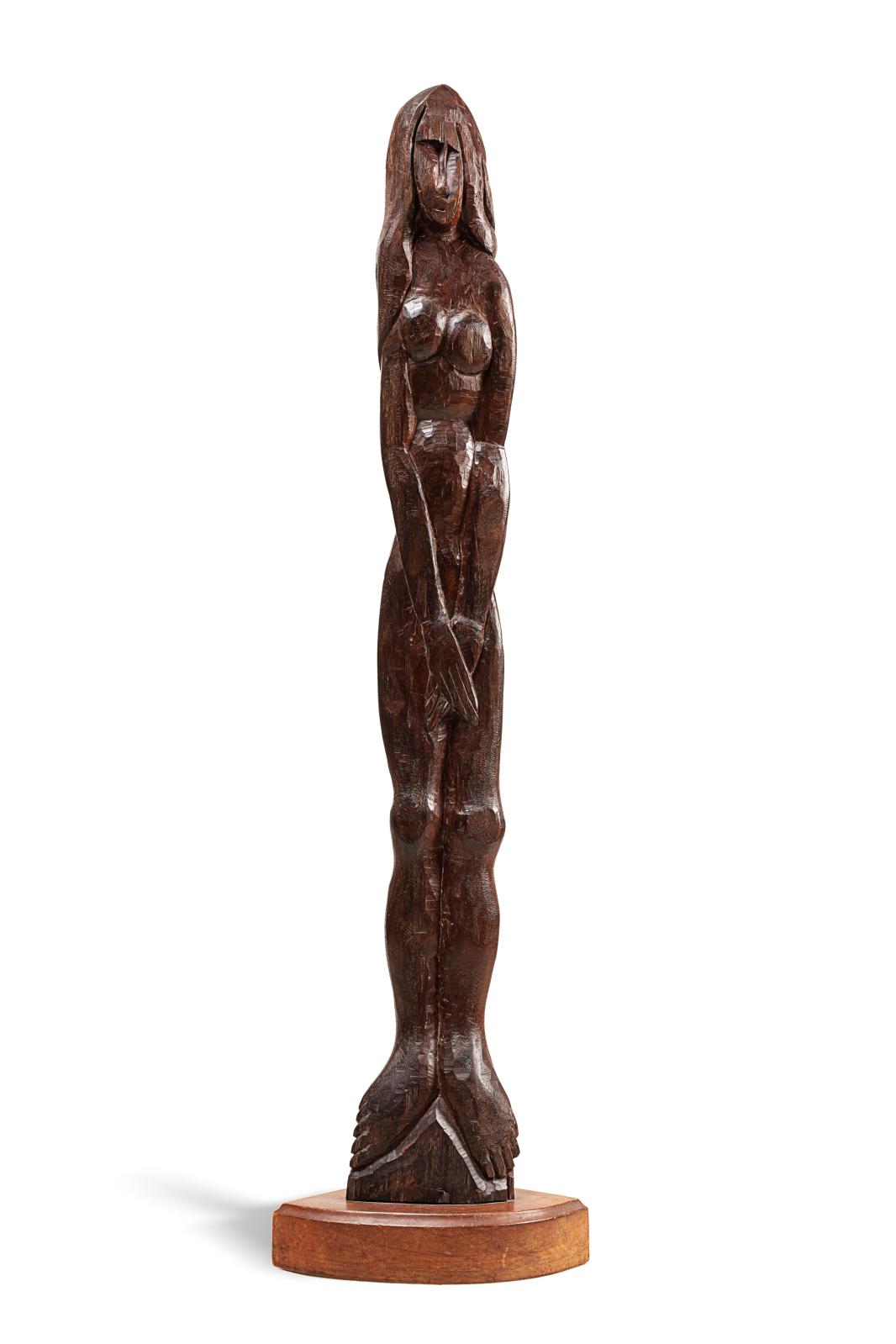 Works of this kind by Calder are few and far between, and most of them are now in the Whitney Museum and the New York foundation named after him. This one dates from 1927, shortly after the American arrived in Paris. In the Montparnasse neighborhood, he rubbed shoulders with Picasso and the sculptors Brancusi and Zadkine, who all liked working with wood. Calder mastered the material in turn, although he sometimes preferred stone. Here, the sinuous lines, the slender silhouette and subject are reminiscent of works by Picasso and Alberto Giacometti. This deeply chaste piece unfolds its volumes like a thread and its profile like a blade. "He creates volume with something flat. That's the quintessence of Calder. It's the starting point of what he has in his hands, in his head," says sale expert Cécile Ritzenthaler. In 1929, he took this sculpture to Berlin, one of the art capitals of the time. It was exhibited in the Neumann Nierendorf Gallery and bought from the artist. In the 1950s, it was shown in the Beyeler gallery in Basel. Today, it is sure to appeal to art lovers from Germany, Switzerland, France and across the Atlantic. The same will probably go for a rare self-portrait by Jeanne Hébuterne. This unsigned work, still on its original canvas, dates from around 1918, and was given to the parents of the current owner by the artist's brother, André Hébuterne (1894-1992), in the 1950s. Viewers cannot fail to be struck by this slender face and its affinity with ethnic art – not to mention the works of Amedeo Modigliani, Hébuterne's companion.

tableaux modernes
Salle V.V. - 3, rue Rossini - 75009
Millon
Info and sales conditions
Catalogue
Results
Newsfeed
See all news
Due to the summer holidays there will be a pause in the newsfeed. We will be back Monday, August 24th. Have a wonderful summer vacation!
Met Museum in New York acquires Wangechi Mutu sculptures
US House of Representatives vote to create a national museum dedicated to Latin Americans
Church volunteer confesses to starting the Nantes Cathedral fire
Not to be missed
Pre-sale
Figurative art from van Goyen to Combas and the inescapable…
This 1955 work by Bernard Buffet belongs to a series of around 10…
Pre-sale
Henri Lebasque, painting the zest for life
His soft, nuanced palette captures moments of simple happiness on…
Pre-sale
The Gilles Labrosse collection: fashion throughout the…
Amassed by an impassioned enthusiast, one of the largest private…
Pre-sale
Achille Laugé: Cailhau in perspective
Found during an inventory carried out for an estate in the Var,…