Torres García: a map of painting

This 1945 oil on card by the Uruguayan artist returns to the limelight from the Ferrand-Eynard collection. 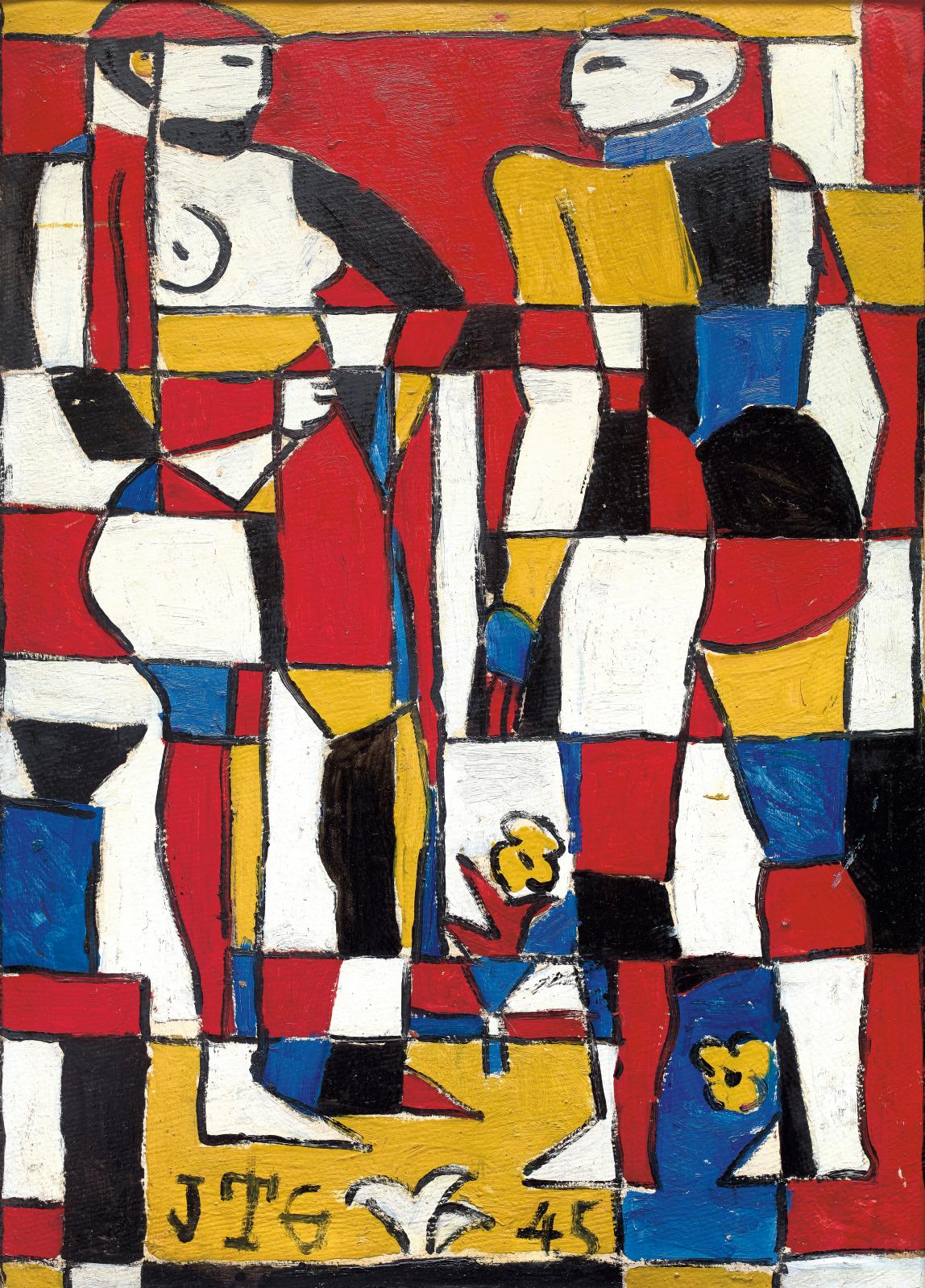 Born in Montevideo to a Catalonian family, Joaquín Torres García represented a synthesis of the Old and New Worlds in himself. In 1891, his family moved to Barcelona, where the young man entered the School of Fine Arts. He was deeply drawn to Futurism, Mondrian and Van Doesburg, with whom he founded the "Cercle et Carré" (Circle and Square) group in 1929 together with the critic Michel Seuphor. His career took him to Paris between 1926 and 1932, where he became close to the painter Amédée Ozenfant and earned the respect of Picasso, Miró, Picabia and Tzara. In 1933, he spent a period in Madrid, returning to his native land the following year. A trip to the US, particularly New York, consolidated his vision of a structure based on horizontal and vertical lines and the dynamic energy of colour: a "constructive universal art" he continued to explore until 1948, alternating it with phases when he returned to figuration. His more descriptive painting featured the port and city of Montevideo, his favourite subjects, in which he excelled. In works full of flat tints and lines, the sky and background disappear, and the space is divided into brown, grey and black shades, sometimes dotted with human figures. This division into coloured draughtsboards echo the cut-out wooden puzzle games he created to feed his family in the 1930s. The painting here comes from the collection of Pierre Ferrand-Eynard (1932-2017), who ran various consultancy and management companies: an unobtrusive man who loved beautiful things, powerful works and assertive personalities.