Colour in the crosshairs

While the Pont-Aven school will once again top the bill in Brest, the sale will also have variety, with modern works by Chu Teh-chun and André Marfaing. 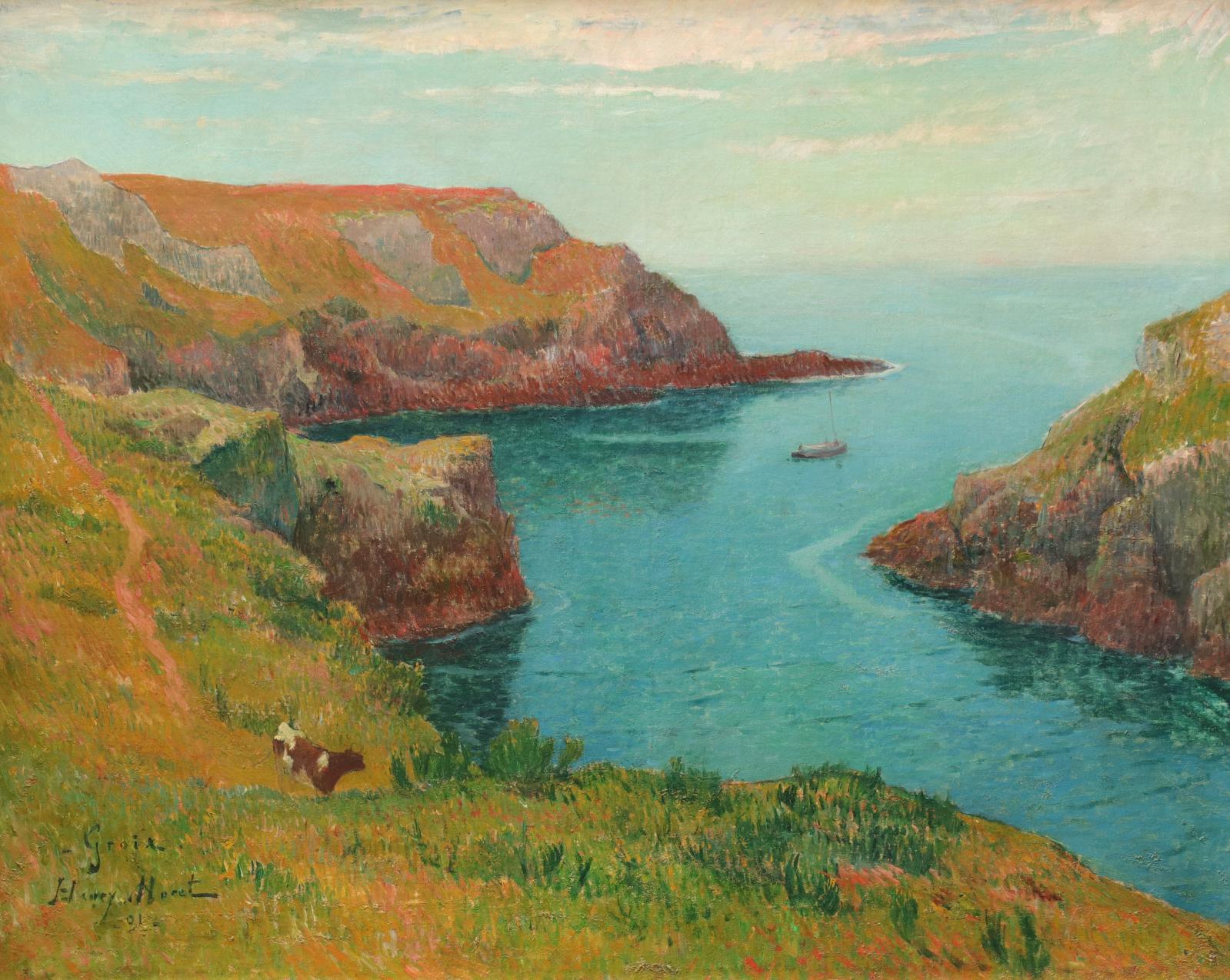 This view of Groix illustrates both a whole chapter in the history of painting and a friendship. The year it was produced, 1891, marked the end of one period and the beginning of another. "At a time when all the Pont-Aven school artists were going their separate ways, Henry Moret, aware of having undergone a major conversion in his art – what Gauguin would have called "the right to dare anything" – took off in a new direction that brought him recognition," writes Jean-Yves Rolland in the sale catalogue. In 1891, Paul Gauguin left France for Tahiti and Henry Moret set off to Lorient. Here he developed his own vision of painting (soon promoted by the Paris dealer Paul Durand-Ruel), skilfully combining the Impressionist style with the synthetism fostered by his teacher. Moret also explored southern Finistère, discovered during his military service, and which had inspired a desire to paint seaside landscapes. He devoted the next few years to this region, moving to Doëlan in 1894. The Island of Groix was always one of the spots that most inspired him, and he produced ever-bolder compositions, like this panoramic view where the bird's eye perspective of the foreground is counterbalanced by the cliffs in relief in the background. The composition is reminiscent of Gauguin's famous painting Above the Abyss, now in the Musée d'Orsay, especially since it also has a cow: a motif not often found with Moret, who usually preferred to give his paintings a human touch with a few rare figures. An unconcealed tribute to the man who was not only a mentor to Moret but his friend as well. Gauguin in turn dedicated one of his coastal landscapes to him.

tableaux modernes et contemporains : écoles bretonnes
Brest - Hôtel des ventes, 26, rue du Château - 29200
Thierry - Lannon & Associés
Info and sales conditions
Catalogue
News feed
See all news
Planning for new museum dedicated to Le Corbusier begins
Virginia Museum of Fine Arts receives gift of over 8,000 Aaron Siskind photographs
Banker sentenced to jailtime for trying to smuggle a Picasso out of Spain
Domaine Royal de Marly museum, the Sun King’s hideaway, reopens
Not to be missed
Pre-sale
A new Ribera on the market
After Cimabue, Artemisia and the Master of Vyšší Brod, Paris is…
Pre-sale
The world revealed at last
This composite atlas printed in Nuremberg between 1753 and 1759…
Pre-sale
Picasso and the Minotaur
Through a complex iconography, Pablo Picasso exorcises his angst…
Pre-sale
The Brölemanns, Lyon bibliophiles
Kept in the same family until today, 260 works attest to the bibliophilic…