Albert Marquet under the spell of Normandy

The painter’s interest in water throughout his career took him from Bordeaux to Paris, Algeria—and Normandy, as this view of Honfleur harbor attests. 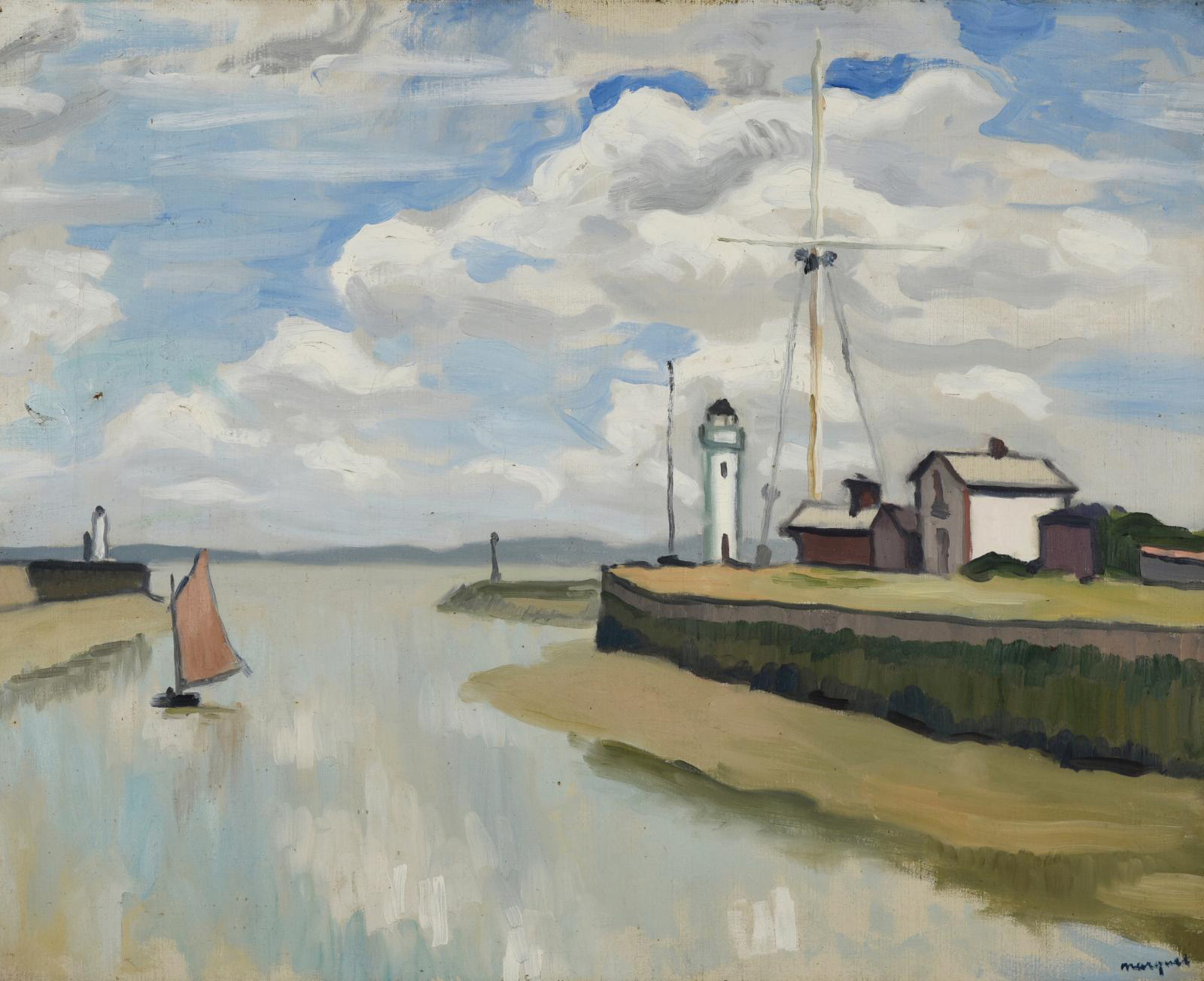 Water is the first motif that springs to mind when we think of Albert Marquet’s paintings. It gives them a certain timelessness, an extra touch of soul that wonderfully complements his spare drawing, colors reduced to shades of white and gray, black outlines and opalescent light harmonizing the entire landscape. Matisse thought that the origins of his palette were to be found in the artist’s financial predicament. "Marquet couldn’t afford colors, especially cadmiums, which were expensive,” he said, “So he painted in grays, and perhaps that condition of material life influenced his style." An inconspicuous boat sailing out of the harbor on a sea with many reflections is all that enlivens the peaceful composition. Between Impressionism and Fauvism, Marquet created his own style, which also recalled Japanese painting: the strong presence of the drawn black line, highly precise composition and perspective dictated by viewing the landscape from above. From 1903 onwards, Marquet vacationed in Normandy, often staying with friends. During his first summer there, at the age of 28, he visited the entire coast from Falaise to Flamanville with Henri Manguin. He returned in 1906, this time to Le Havre with Raoul Dufy, and painted his famous views of Bastille Day and the city’s balconies in a manner that was still totally Fauvist. That year was also the first time he visited Honfleur—a must for landscape painters from Eugène Boudin to Johan Barthold Jongkind and Claude Monet. After trips to the South and London, Marquet returned to Honfleur in April 1911 for a season he enjoyed in Normandy—which he preferred not bathed in summer sunlight but with its typical heavy skies, and even its delightfully gloomy weather…