The object and pure colour

This Nature morte aux vases (Still Life with Vases) belonged to the Louise Leiris gallery, is dated 1928 and is the most eagerly awaited painting in this sale. You will, of course, have recognised the touch of its creator, Fernand Léger. 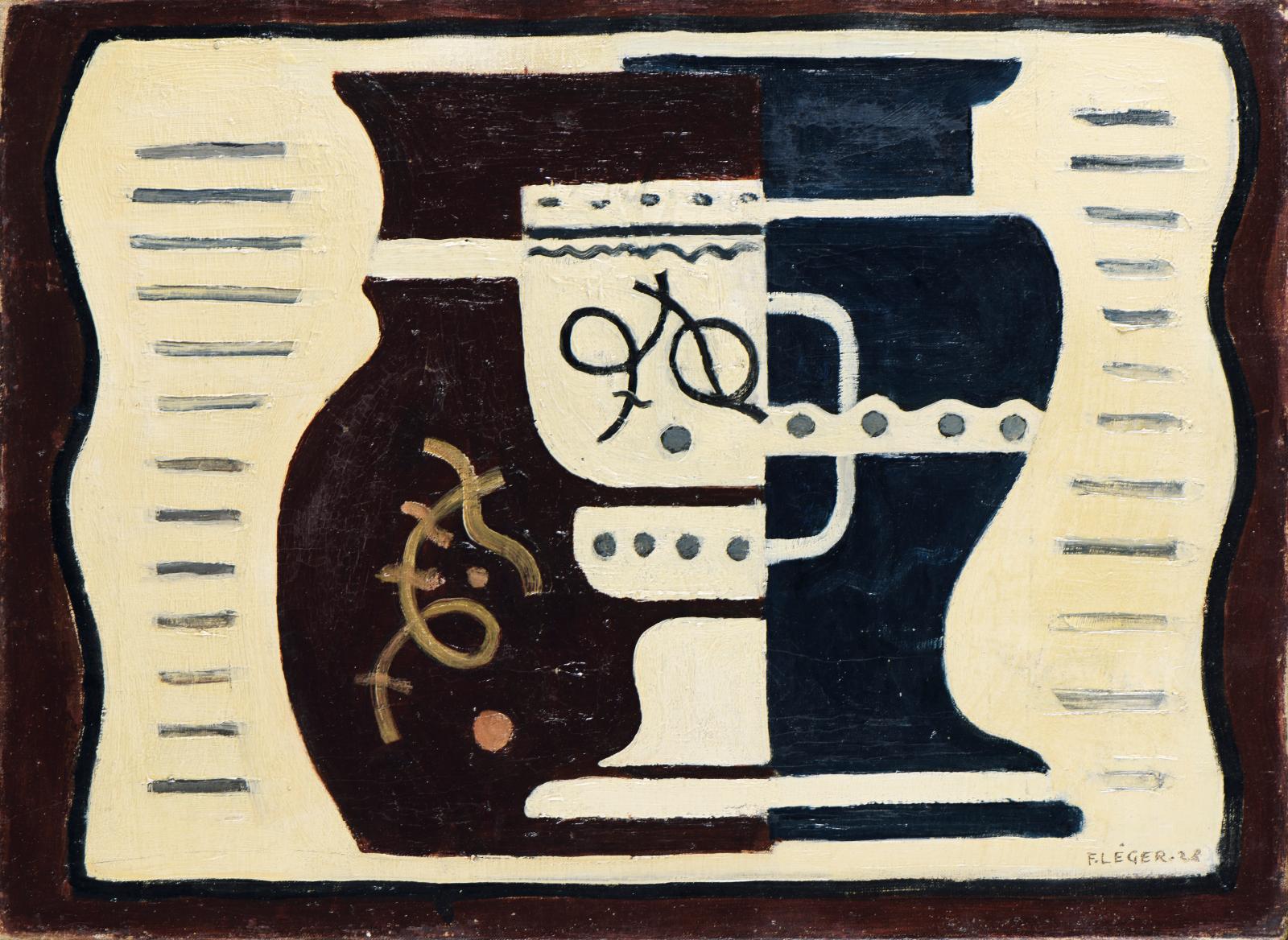 In the 1920s, Léger enjoyed the reputation of a well-established major avant-garde artist. His works were sold by the two top dealers of the time, Daniel-Henry Kahnweiler and Léonce Rosenberg. Léger was modern not only in contributing to the many artistic innovations of the time, but also because the themes he dealt with. But in his 1914 talk dedicated to “Current pictorial achievements”, he said, “I don't know what a traditional or modern subject is; I only know about new interpretations; that's all.” He mainly focused on oil paintings while his contemporaries were working with glued paper, ready-mades and photographs. In the mid-Twenties, most avant-garde artists took a step back from their exploration of the new and produced “static” works. Léger decided to take a different approach to the conventional still life genre. Between 1925 and 1932, he devoted himself essentially to the study of the object, experimenting with enlarged planes and accentuating the contrast between forms and colours. Objects appear as though under a microscope, with no perspective… The extremely well-balanced composition here is one of two versions of this Nature morte aux vases (the artist liked to try out different variations of his favourite subjects). He accentuates the contrasting rhythm of pure colours, here black and white, against which objects stand out like shadow puppets. Making play with the vertical axis and the opposition of curves and straight lines, Léger creates a real world of interconnected forms.

tableaux modernes, art nouveau, art déco, design
Salle 10 - Drouot-Richelieu - 9, rue Drouot - 75009
Oger - Blanchet , Jean-Jacques Mathias
Info and sales conditions
Catalogue
Salerooms
Results
News feed
See all news
New dates for the 35th Hyères Festival, in the South of France
Baltimore Museum of Art seeks to help the local arts community with $100,000 budget reallocation
Ancient Roman mosaic floor unearthed near Verona, Italy
The X museum slated to open this weekend in Beijing
Not to be missed
Pre-sale
From Carmontelle to the Val d’Osne
Initially planned for Sunday 29 march, this sale will be offering…
Pre-sale
As hours go by
Attributed to the Master of Luçon, this Book of Hours from the Beauvillain…
Pre-sale
By VCA
The beauty of natural stones by Van Cleef & Arpels in a set from…
Pre-sale
The Janine Saladin Collection
Around ten pieces of jewellery by Suzanne Belperron owned by a trailblazer,…